Steers at bullocks at Kempsey on Thursday showed theresult of a kind spring with plenty of weight and demand for grass fed progeny. 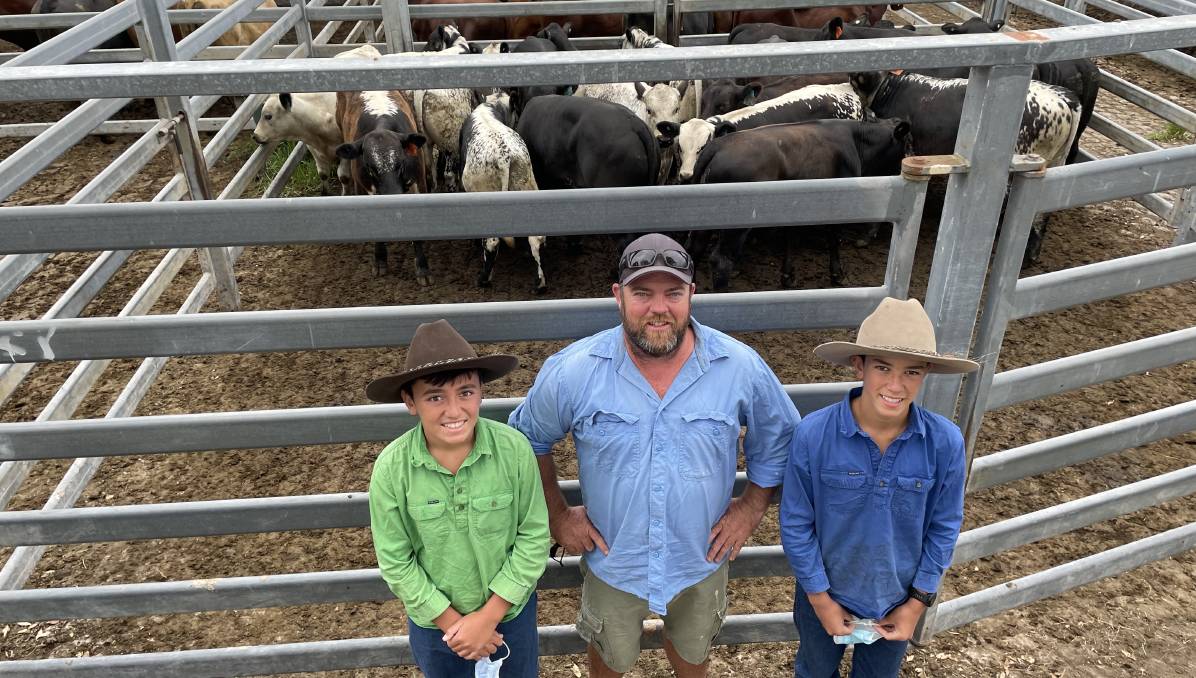 Kempsey Stock and Land yarded just over 2000 head of steers and bullocks for their annual speciality sale on Thursday, with prices for grown cattle reaching $2943 for 831 kilograms, sold straight to the processors at Wingham.

The McCarthys were also awarded best feeder steers for 15 head of Droughtmaster cross, milk tooth, 448kg selling for 582.2 or $2608.25 going onto feed.

The champion bullock ribbon went to Matt and Virginia Johnstone, also from Austral Eden for Charolais, two to four tooth, 620kg at 440.2c/kg or $2729.24, going to a Tablelands' fattener.

Feeder steers with zero to four teeth and 330-500kg comprised nearly half the yarding, or 950 head, to average more just over 600c/kg and topping at 670c/kg.

Champion weaners went to the Kelsie family, Bowraville, for Charolais 296kg which made 720.2c/kg or $2131.79. These were sold to the Mackaway family at Walcha, who took home a mini B-Double load or 69 head with the transport able to negotiate the Oxley Highway and deliver the cattle same day before dark.

"The margins are still there for anti-biotic-free, grass fed cattle," said Owen Mackaway. And over the next 12-16 months if the fat prices drop, well then the store price will drop with it." At the moment Tablelands' paddock conditions are so ripe, with so much clover about, that cattle are being supplemented with barley hay to keep the bloat at bay.

Runner-up champion weaners were awarded to Albert Woodlands, Bellangry, for Simmental cross 288kg which made 730.2c/kg or $2102.97, going to a Glen Innes backgrounder.

Tommy Huck, Kinchela, is in the same boat and recalled feeding cattle from a punt during the floods last March. His breeding country at Comboyne spat boulders out of the slopes as big as houses during the same remarkable event. But the season has improved ever since and on Thursday he sold Shorthorn/Angus 318.3kg for 680.2c/kg or $2165.30.

Darren and Rebecca Sutherland, Belmore River, once again donated their own-bred Shorthorn bull to raise money for cancer research with the 985kg bringing 428.2c/kg or $4217 with a winning bid from Farm Tender Livestock Exchange who were keen to support the good cause. That top money was matched by Kempsey Stock and Land and along with $1600 in the sale of hats brought the day's efforts to more than $10,000.

Can you shear left handed and then guzzle a warm beer? This one's for you

MLA's lamb ad gets the world thinking about Australia.