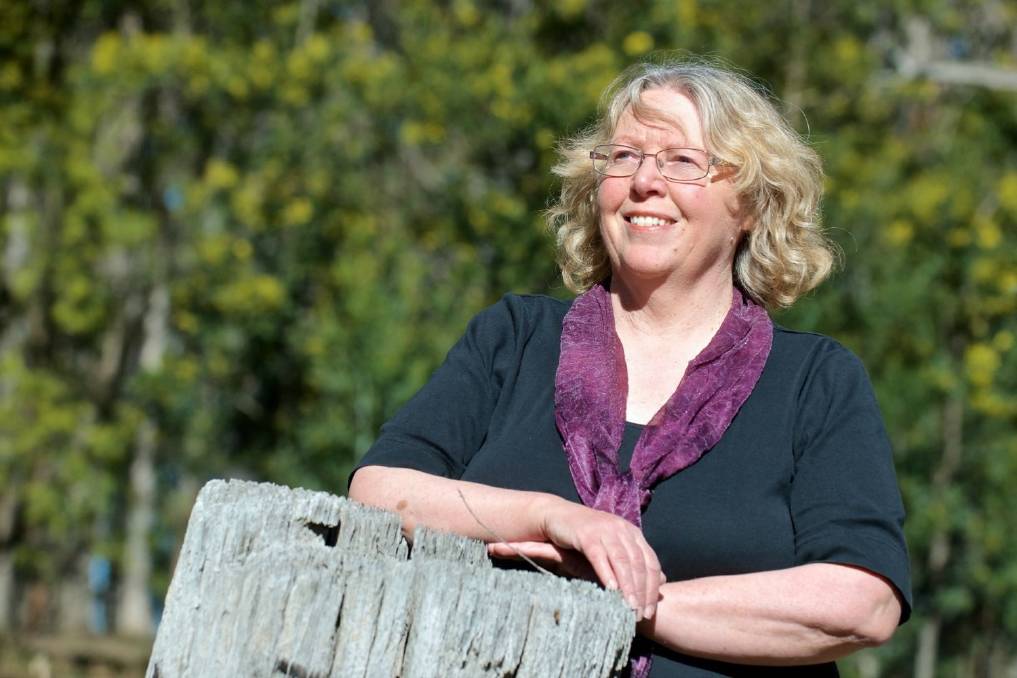 A COUNTRY home is the perfect setting for Australian romantic suspense writer Bronwyn Parry to find plenty of inspiration for her work.

A COUNTRY home is the perfect setting for Australian romantic suspense writer Bronwyn Parry to find plenty of inspiration for her work.

Her slice of paradise is 100 hectares 20 kilometres west of Armidale, which she shares with her husband Gordon Smith and their Border Collies: Skye, Pippin and Tansy.

Bronwyn has had five books published and is working on the sixth, but has plenty of manuscripts which she says “may or may not ever see the light of day.”

She was one of the first rural romance writers in what has become a high-selling genre for the Australian publishing industry.

“I was a reader all my life and also made up stories so I figured at some stage I’d like to write a book – it just took me a while to do it.”

“It took me six years from the time I decided to get serious about writing to publishing my first book,” she said.

“I decided to concentrate on writing in 2001 and towards the end of 2006 I had a novel that wasn’t quite finished.

“I entered the Golden Heart Award, a competition within the Romance Writers of America and was finalist in the romantic suspense category.

“I went to Dallas, Texas, the following year for the awards night and I won.

“It must have been a slow news week in Australia because everybody picked up on it.

“The person who became my publisher had been looking for an Australian romance writer so she contacted me, which is not how it normally happens.”

Bronwyn was one of only a few rural romance writers at the time.

“When I first started writing, rural romance wasn’t a thing,” she said.

“I was writing romantic suspense that happened to be set in rural Australia.

“Rural romance is something that’s already been about for a long time but it wasn’t published by Australian publishers.

“We had people writing romance set in Australian rural landscapes that were huge bestsellers but they were published by overseas houses and sold internationally.”

Bronwyn’s love for the bush comes from spending time in regional areas as a child.

“I grew up in cities but on the edge of cities – we were on the edge of the Dandenongs outside Melbourne, then Canberra looking out over the sheep paddocks – but our school holiday trips would always be in rural Australia,” she said.

“We spent a lot of time in the bush when I was growing up and we just loved it.”

Bronwyn moved to Armidale in her mid 20s, working in professional and educational development before making the decision to pursue writing full time.

Her books are inspired by outback settings and country characters, but always with a crime twist.

“In country areas there are an awful lot of places to hide a body and there’s not a lot of help about,” she said.

“You can isolate your characters and that creates more emotion.”

Bronwyn usually starts with a character and a crime then comes up with another character and a barrier in the relationship, as well as the crime that gets in the way of the romance.

“To get a very fast-paced book that hooks the reader in, it’s important to weave all those elements together.”

Bronwyn describes her readers as “veracious”, saying they read all books in the genre.

“They like connecting with characters because they’re interesting people,” she said.

“A lot of the rural romance authors are good friends of mine because we’re not competing for readers – our readers will read two, three, four or five books a week.”

While romance is at the centre of her books, Bronwyn is proud of the genre’s work in tackling serious issues in regional areas.

“There are some very serious issues in our books like depression, domestic violence and succession planning,” she said.

“They’re not light issues we write about and all of us put our characters in fairly dark places but we do all have these optimistic endings.

“There’s always the emotional strength and resilience in our characters to deal with those issues.”