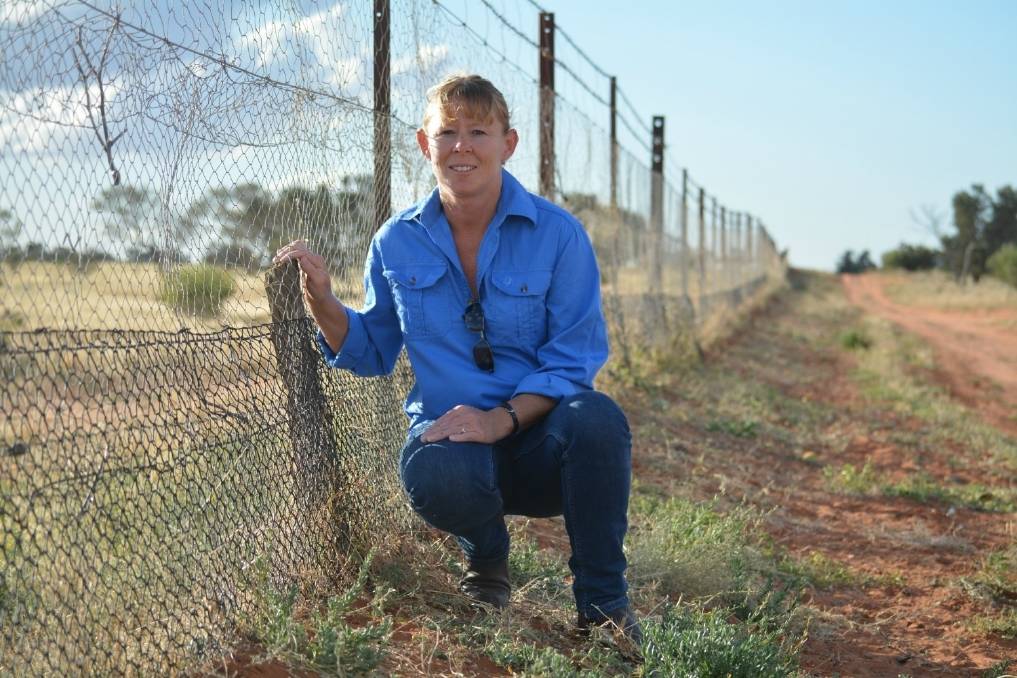 BOUNDARY rider on the dingo fence rider might seem like a job title plucked from the 19th century, but it's one just as relevant today.

BOUNDARY rider on the dingo fence rider might seem like a job title plucked from the 19th century, but it's one just as relevant today - perhaps even more so - than it was when the fence was constructed in the late 1800s.

At more than 5000 kilometres long, Australia's dingo fence has the distinction of being the world's longest fence, and while utes may have replaced horses as the mode of transport for today's "rider", the job remains the same.

Then and now, the boundary rider's job is to monitor the fence, look for breaches and make repairs to prevent dingos from entering the pastoral zones of the state, and as graziers fear, breed with domesticated dogs gone wild and increase what is already a growing issue.

For the past two years Ty and Shelley Ralph - Ty in a full-time position and Shelley in a casual role - have managed a 60-kilometre stretch of the dingo fence from Broughams Gate cottage on the NSW-South Australian border north of Broken Hill.

It might seem strange to say so, but the couple took on the job for the lifestyle.

Both professional pig shooters - and Broken Hill locals - Ty and Shelley had worked in the area north of the "silver city" for some time so were familiar with the location.

"We used to come out from Broken Hill four nights a week shooting at Avenel and Nundooka Stations, so we knew this cottage and the previous boundary rider, and what the job entailed," Shelley said.

"At the time we were looking for a change, so when I heard the position on the fence had become available I encouraged Ty to apply."

Brougham cottage is one of seven boundary rider cottages (some also acting as depots for fencing gear) located at intervals along the length of the dingo fence which runs from just east of Hungerford on the NSW-Queensland border, west to Cameron's Corner, and then south almost to Broken Hill on the NSW-South Australia border, before heading west again into SA.

The fence was built between 1880-85, initially as a barrier to rabbit movements but later to keep out dingos.

Accommodation has always been maintained for boundary riders along the fence - initially this was in huts but through the decades these were upgraded though always kept at the same location - and Ty and Shelley's cottage at Broughams Gate was built during the 1980s.

The dingo fence was originally maintained by graziers bordering the structure, however, from January 1921 to December 1957 this work was taken over by the Western Lands Board and Western Lands Commissioner, then from January 1958 by the Wild Dog Destruction Board which continues in the role today.

Shelley said the fence was 1.8 metres high, made of plastic-coated netting - the bottom 30 centimetres trenched into the ground - with posts spaced five metres apart, and an "apron" of chain mesh on top of the ground.

The 60km stretch Ty and Shelley are responsible for borders Pine View and Avenel Stations, and a normal week for the couple involves a full fence run on Mondays and Fridays.

"We do this at slowly - 40 kilometres an hour - to see if there are any holes in the netting, and if something is found we do a spot repair and then come back on our full maintenance days from Tuesdays to Thursdays to complete the job," Shelley said.

All Ty and Shelley's fencing materials are delivered to the Smithfield depot, located about 60km to the north of them, and then shipped down to Broughams Gate.

Dingos are often visible on the SA side of the fence, but not much during the winter breeding season, Shelley said.

In January this year the district around Broughams Gate received between 150 and 325 millimetres of rain which led to widespread flooding.

Some of this water - heading into SA - pushed over a section of the fence, which Shelley said let some dogs through.

"When we know dogs have got through the fence we alert landholders and the Wild Dog Destruction Board which baits to catch them," she said.

Life on the dingo fence was pretty isolated, but Shelley said neither had regretted the move.

"The role of boundary rider is not a hard job, it's a thinking job - you need to be thinking ahead all the time," she said.

"If you know rain is coming you need to plan ahead, be on the lookout for sand drifts against the fence which can erode the netting, and be aware of developing weak spots where the next strong wind might be able to blow it over.

"I love that the job is outdoors and the challenge it provides - and I didn't think fixing a fence would be a challenge, but we never sit for a week and say 'there's nothing to do'."

Despite the distances between homesteads, Shelley said the couple led a more social lifestyle now than when they lived in Broken Hill, regularly dropping round to catch up with people on the nearby stations.

"There's a very tight-knit community here between Pine View and Avenel Stations - everybody knows everybody," she said.

"I believe we'll possibly even retire here - we both love the freedom and the lifestyle."

The story Life on the dingo fence first appeared on Farm Online.