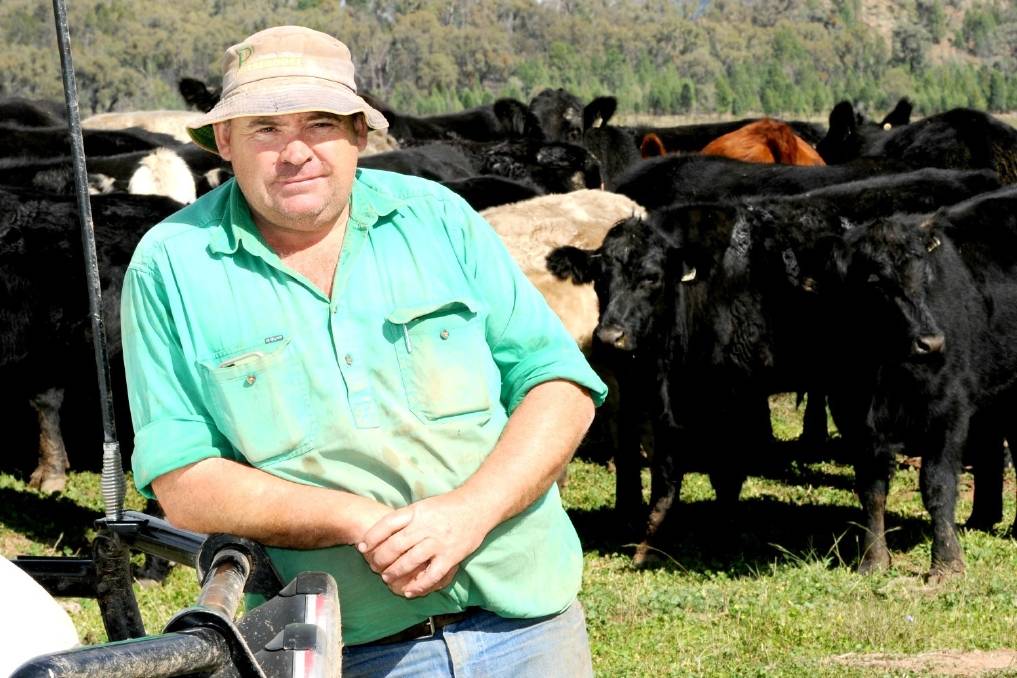 Elliot Shannon said the high EYCI puts prices back to where producers need them to be.

THE beef cattle market has hit an unusual position - despite a record high indicator the market is still considered to be undervalued.

THE beef cattle market has hit an unusual position in the past few months – that is despite the Eastern Young Cattle Indicator (EYCI) being at a record high, the market is still considered to be undervalued.

Analysts have tipped if widespread rain is added, it has the potential to climb as high as 600 cents a kilogram (carcase weight).

The main difference with the market’s current position compared to previous highs – the EYCI on Tuesday hit 476c/kg – is the driving force behind young cattle prices.

Feedlots, rather than restockers, are dominating the trade as they snatch up available stock.

“From a historical stand point, restockers are the ones that buy the lighter lines and they pay a premium to the EYCI on average,” says Mecardo market analyst Augusto Semmelroth.

This tends to be in the order of 10 to 15 cents and in years of good seasonal conditions has been as high as 25c/kg.

Therefore, there was scope for restockers to drive the indicator higher still, just as soon as there was widespread rain.

In fact rain was still dictating confidence and decision making for a lot of producers and continued to buffer local prices from higher global values.

Elliot Shannon (pictured), who runs a 170-head Angus-cross herd on “Tiona”, at Bugaldie near Coonabarabran, said he was cautious but hopeful the EYCI would remain high.

He planned to sell his 18-month-old Angus-cross steers and heifers in about six to eight weeks.

“If it doesn’t rain I may have to sell them sooner,” he said.

Rain would certainly help the market, with Mr Semmelroth explaining restockers were presently only paying a 5c premium – well below their usual 10-15c/kg spread.

Lotfeeders were also paying a 5c premium, but they usually pay a 5c discount to the average EYCI rate (the upper end of feeder cattle buyers are currently paying 480c/kg to 510c/kg).

“It just shows the real demand at this stage is coming from lotfeeders,” Mr Semmelroth said.

If the drought did break right now and restockers pushed their premium out to 25c/kg, they would surpass 500c/kg.

“Both young store cattle and finished cattle markets remain fundamentally undervalued compared to export benchmarks and where we think the market should be,” he said.

It was in the export markets the extra upside existed, especially with 90CL (chemical lean grinding beef export) prices.

“Last year cattle slaughter surpassed 9.2 million head which saw the EYCI move to a record discount to the 90CL price,” he said.

However, as supply tightened, Mecardo expected the EYCI-90CL price gap to tighten as the EYCI was pulled closer to export prices.

“The 90CL is tracking around 650c/kg to 700c/kg (shipped weight) and we expect more upside going forward,” Mr Semmelroth said.

“If we move back to a 50-100c/kg discount early next year, it would give us a target EYCI price of 600c/kg to 650c/kg, which is quite plausible in our view if conditions are favourable in the north.

“When we return to average seasonal conditions the restockers will come back in full swing and they’re just going to chase everything they can get their hands on.”