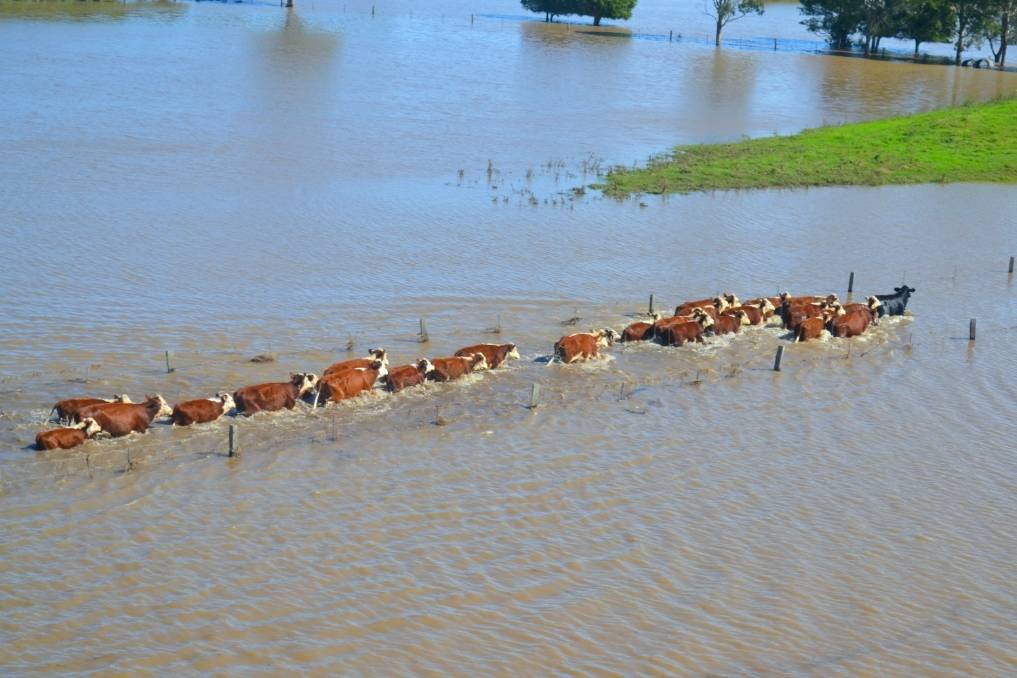 THE FULL toll of the Hunter area's agricultural losses will take months to work out as shell-shocked farmers count the cost of last week's floods.

THE FULL toll of the Hunter area's agricultural losses will take months to work out as shell-shocked farmers count the cost of last week's floods.

Not one primary industry was spared.

At least five fishing boats were lost in storms and many more damaged in the Port Stephens area.

Local Land Services (LLS) said there could be more than 500 cattle dead from the floods.

Early estimates of the costs run into the millions.

A major issue for beef and dairy cattle is the lack of pasture after floodwaters wiped out established and just-sown forage crops.

Farmers do not expect to have feed until October at the earliest and are contemplating a winter of hand feeding.

"Once plants are inundated for three to six days they suffer serious long-term damage," he said.

"For kikuyu pastures this will mean no feed until September or October, and for native pastures, October or November.

"Anything freshly sown was all drowned within the first one to two days."

The emergency response included dropping 14.3 tonnes of hay to feed 540 cattle, 114 horses and 12 camels each day.

"The emergency fodder drops wound down over the weekend and earlier this week, but we're still doing surveillance," Mr Miners said.

"There are still 7000 hectares under water, so we're really just doing the initial damage assessment now."

At least 417 stock carcases have been found, but the LLS believed the final number would be much higher.

"It's hard to know what the number is but if we've got 417 confirmed carcases, it could be double that amount," Mr Miners said.

"Of course we don't expect to find every carcase - many of them will be out in the ocean."

LLS crews have been working closely with producers to provide specialised gear to assist the burial of dead stock.

"Onsite disposal on a floodplain in built-up areas can be a challenge, so we've had two sets of contractors and local operational staff co-ordinating the effort," Mr Miners said.

"Local waste facilities had limited capacity to take animals and we have to make sure that people who were doing their own disposal weren't showing up at those facilities and having nowhere to put their stock."

"As the floodwaters go down there are still reports of carcases, so if feasible, we'll help landholders transport them to a waste facility."

"Some people were able to sell early and get good prices, as well as getting stock out of the area," Mr Miners said.

He said some cattle unaccounted for could turn up on other properties.

"It's surprising the amount of distance stock travel through floodwaters and rivers," he said.

"Owners can contact us and we'll help track their cattle."

Dairy farmers also suffered, with those who lost power having to borrow generators to continue milking.

"We were really fortunate the dairy industry is very well-organised and there was a rapid response," Mr Miners said.

It could take months to complete the full damage assessment for the Hunter's agricultural industry.

Mr Miners said the focus this week would be to make sure the damage to agriculture was rapidly and extensively assessed.

"There are varying degrees of damage," he said.

"Some areas have very extensive stock losses as well as major damage to fencing and infrastructure, while some landholders who had good flood plans in place and weren't too affected by overland flows came through relatively unscathed."