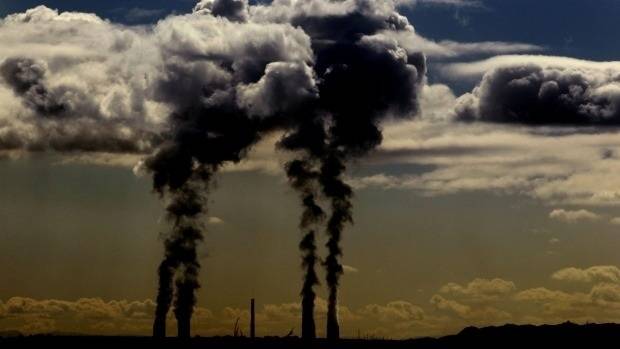 THE coal industry in the Hunter Valley could leave taxpayers with annual health bills running into the hundreds of millions of dollars and further mine expansion should be halted, a report released by 28 health groups says.

The Coal and Health in the Hunter report by the Climate and Health Alliance estimates that burning coal for electricity in the valley alone produces health damage in the order of $600 million annually from the resulting air pollution, including the release of small particles.

The particulate matter from coal, measured in 2.5-10 millionths of a metre in diameter, "lodges into the linings of the blood vessels and causes inflammation and irritation, and leads to long-term cardio-vascular and lung disorders", said Liz Hanna, president of the alliance and a research fellow in epidemiology at the Australian National University.

"It's not just people falling ill today, but also the negative impacts [coal is] going to have on their systems so that they end up with cancers in years to come," Dr Hanna said.

The release of other chemicals, including from blasts at the region's mostly open-cut coal mines, noise and water pollution also undermine the health of residents.

The report notes that on current projections, coal production will expand to 243 million tonnes by 2022, requiring a 50 per cent increase in coal trains and resulting in a further rise in coal dust problems for residents along the valley and in Newcastle.

A 2014 report for the NSW Minerals Council estimated Hunter coal contributes in total $6.3 billion annually to the state's economy, or almost half of the total mining industry's output in the state. The region's coal industry also employed more than 18,000 people.

If the climate change costs from burning the coal are taken into account, the damage bill soars into the billions, the CAHA report said.

When burnt, the current annual output of Hunter coal converts to about 348 million tonnes of carbon dioxide equivalent. Using US government estimates of a social cost of $US37 ($47) per tonne of carbon dioxide, the cost swells to about $16.4 billion, and would to increase to $26 billion if the 2022 mine expansion goal is reached, the report said.

"There's a total disassociation of who gets the benefits and who gets the pain, and we don't think that's particularly moral or just," Dr Hanna said. "There should be a moratorium on any further expansion, and essentially, coal should be phased out."

Dr Hanna was also a signatory, along with former NASA scientist James Hansen and former Australian of the Year and research professor Fiona Stanley, to an open letter to be presented on Monday to Premier Mike Baird, calling for an end to coal projects in the Hunter.