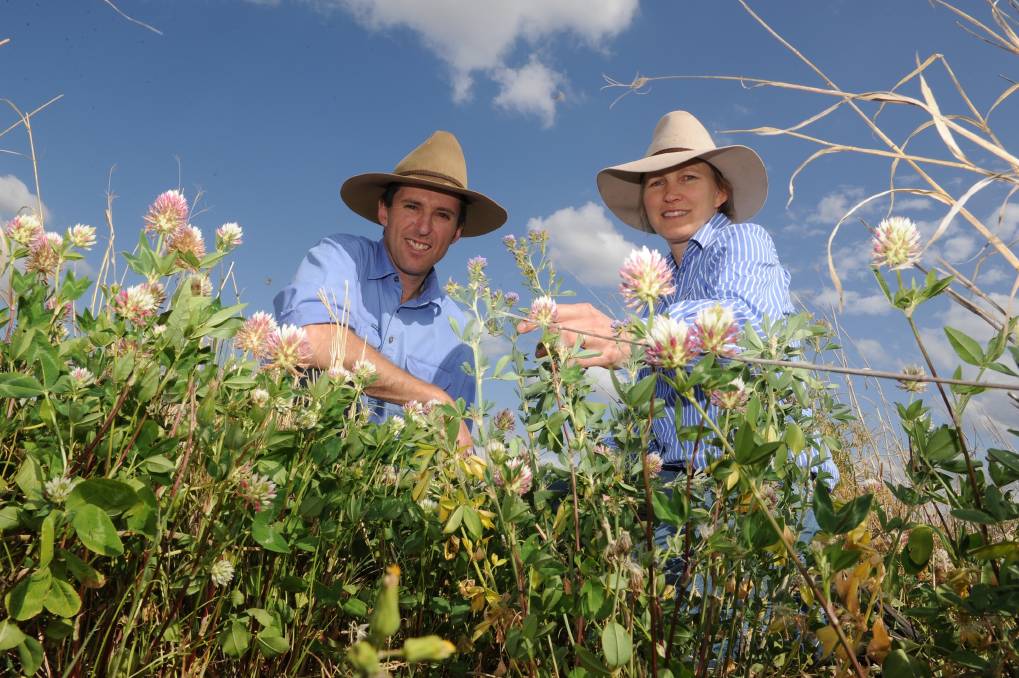 QUIRINDI graziers Derek and Kirrily Blomfield have been named the 2014 NSW Farmers of the Year.

QUIRINDI graziers Derek and Kirrily Blomfield have been named the 2014 NSW Farmers of the Year.

The couple manage "Colorado", a 980-hectare beef cattle grazing farm on the Liverpool Plains, where they run 500 head of cattle and practice rotational grazing.

They market their grass-fed beef direct to the consumer under their brand The Conscious Farmer, and also engage with their customers through a subscription-only blog which discusses regenerative agricultural practices and their practical application for both broadacre and small scale farming and grazing.

Mr Blomfield (pictured with Mrs Blomfield) said he was humbled to have been honoured with the award.

"This award is a reflection of all the people during the past 12 years who have really mentored us and our whole family," he said.

"But even though we've won this, it's not about us and what we do on our farm, it's really more about regenerative agriculture and getting it out into the spotlight."

"They impressed the judges with their commitment to improving and regenerating soils, pastures and biodiversity while optimising beef production and sustainability," she said.

Judge and president of NSW Farmers Fiona Simson said all three finalists were of a high calibre.

This article is sourced from The Land’s ’10 of Our Best’ feature showcasingfarm families’ success stories from across NSW.