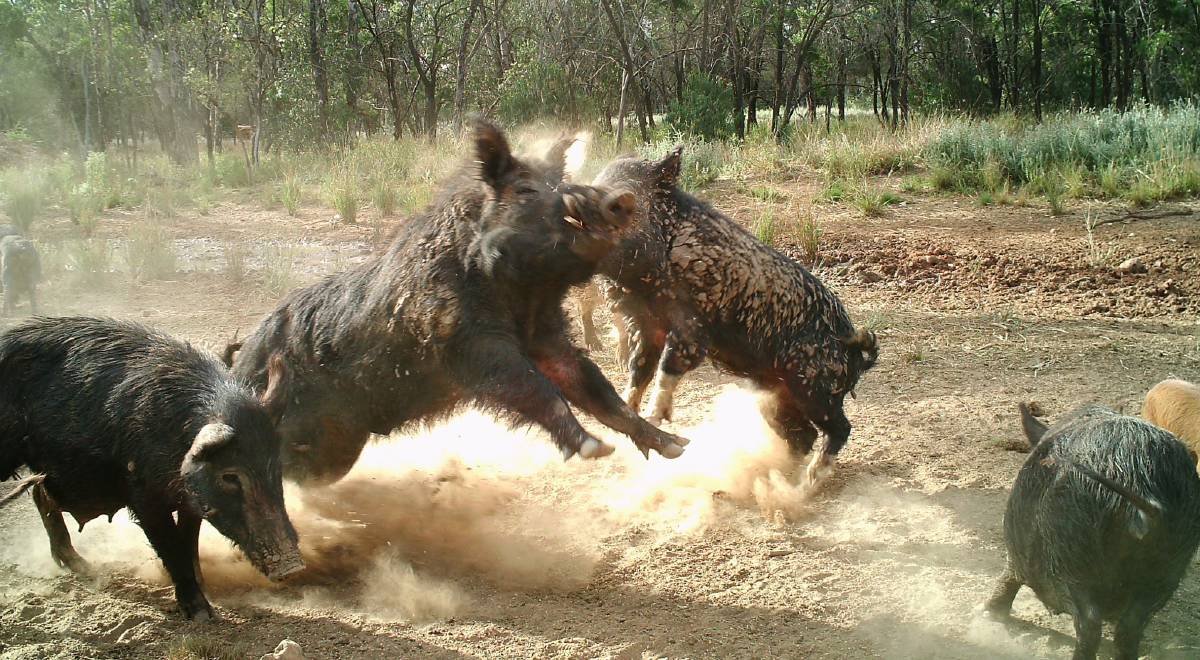 The war on feral-pigs is far from over despite hopeful claims from LLS in the feral-rich Central West.

THE war on feral pigs is far from over despite hopeful claims from Local Land Services (LLS) in the feral-rich Central West district.

Late last month the LLS declared it, along with farmers, were “winning the war on feral pigs” with their aerial shooting program.

However, embattled landholders, many of whom opt not to enlist the services of LLS aerial shooters, said the call was premature because pig populations “are already back to where they were”.

“Three months ago the LLS might have had pig numbers under control but now they’re back in big numbers and doing enormous damage to chickpeas in our area ,” Warren farmer, Michael Egan, “Kiameron”, said.

Mr Egan said the LLS needed to increase the “vigilance” and “consistency” of its aerial shooting program to keep on top of the problem.

Last year Mr Egan wholly funded five aerial culls to keep pigs out of his cotton. He said it was more efficient to hire a private contractor.

“The funding for the LLS aerial culls is piecemeal and ad hoc. Their timing is never right,” he said.

“I don’t think we will ever eradicate pigs from mainland Australia,” Mr Wishart said.

Mr Wishart said the LLS had made some big achievements, but regrettably, feral pigs were “here to stay”.

He expected a wave of piglets in six-months time, thanks to recent rain.

“An abundance of green grass gives sows the perfect environment to breed in. They can reproduce when they hit 25-kilograms and can have two lots of up to 10 piglets a year.”

He said populations were already sky-high and anyone with crop remaining would be hard-hit in the coming weeks.

“We can be in-front one week and not the next because populations build up so quickly,” Ms Thomas said.

“Environmental results are as important as the number of pigs culled and we are making big impacts in some areas.”

Ms Thomas said aerial culls were costly and even where funding was available landholders still had to contribute to their cost.

“When we get a stream of funding we try to involve as many people as we can. We have to prioritise areas where the damage will be more significant.”

Ms McCowen said the Hunter LLS had done two aerial culling programs since it was formed in 2014.

“We don’t have plans for any more aerial shoots, we’re concentrating on a ground level approach at the moment.”

Hunter LLS would focus on trapping and baiting.

This week the Western, Riverina and Murray LLS regions joined forces with NSW Farmers to run community workshops in Booligal and Hay to target the problem.

Mr Wishart said feral pigs were appearing in other states where they weren’t before.

“They’re increasing in range and density. We’re now hearing about them in the north of South Australia and in central Victoria were they weren’t previously.”