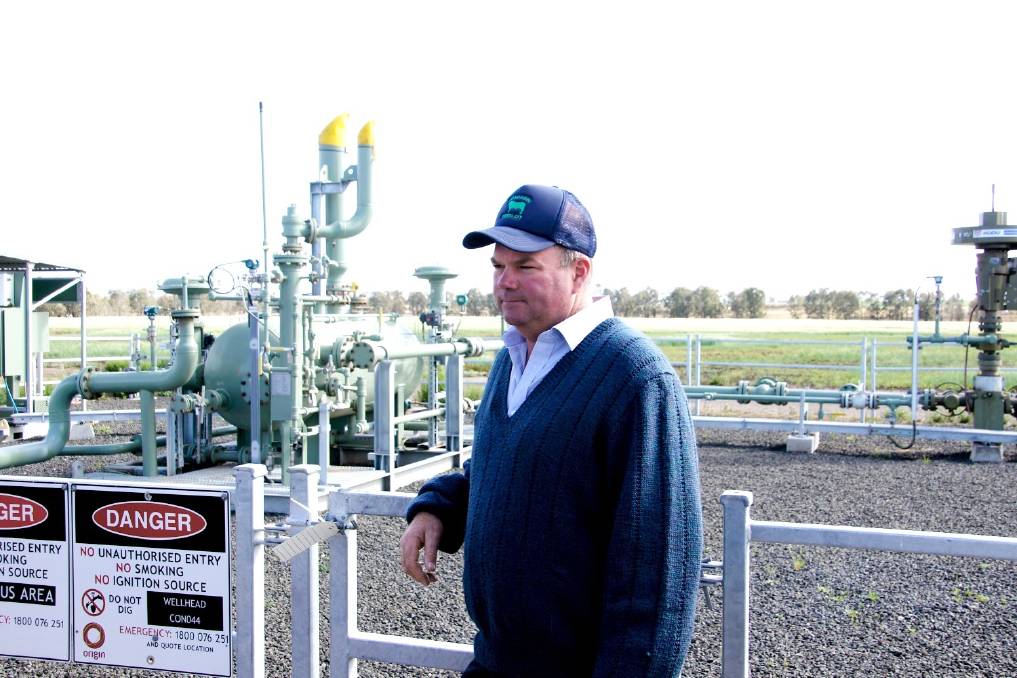 Simon Drury, Condabri Feedlot, with one of the 48 CSG wells on his 2000ha property.

"We are extracting an income from them (Origin), and it is a win-win for both of us," he said.

Mr Drury did not specify how much compensation he received per well, but said it was "insignificant" compared with his feedlot business.

He said it amounted to a "fair price" for the amount of disturbance caused.

He uses seven pivot irrigators to grow fodder for his 5000-head feedlot and brings in about 20,000 tonnes of grain a year.

Mr Drury grew peanuts until a few bad seasons, but he now hoped to get back into production with irrigation water - gratis from Origin.

"We used to rely on allocations from the Condamine River, which was unreliable, but we can bank on the supply from Origin," he said.

Gas and water pipes and wiring (known as the gathering system) were sunk in the soil to a depth of two metres, safe from deep ripped equipment.

However, Origin must be notified of fencing or drilling on the property.

"If you have any commonsense you will just work with the company and then it's easy," said Mr Drury (pictured with one of the 48 wells on his property).

He said Origin placed its wells away from productive irrigation areas when possible.

In one paddock, where irrigation and well location overlaps, he has built ramp over the well.

Mr Drury said it is the first GPS-driven irrigator in Australia.