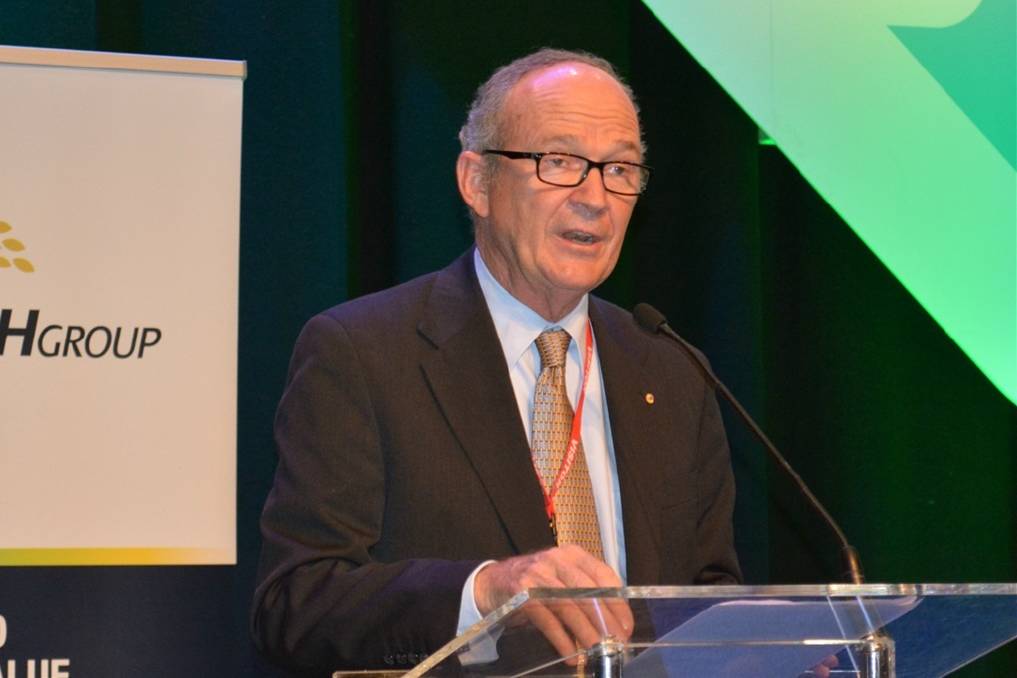 He said GM crops had many benefits for consumers and the environment, as well as farmers.

"I'm a believer in agricultural biotechnology, I think it's just so important for our future that it's time people took a position on bio technology," Mr Matthews said.

He started by explaining what he said were two truths.

"I think biotechnology is absolutely critical factor for the success of farming in Australia and is the single most important single issue over the next couple of decades.

"(And) it's certainly a pretty good opportunity to lift productivity."

GM's growth has been rapid, with 98 per cent of sugar wet grown in the US being GM just three years after the technology being released in that market.

Likewise, in Australia GM cotton, which has been available since 1996, makes up 99pc of Our production.

"Or if you look at the canola figures in the four years from 2008 to 2012 farm income benefits of $27 million (have been realised) for Australian growers," Mr Matthews said.

The Agricultural Biotechnology Council was set up in 2012 as an industry initiative which aims to improve understanding of the potential benefits of agricultural biotechnology and ensure that farmers, if they wish, can access these technologies.

Examples he used to demonstrate what biotechnology was already doing for agriculture included rapid grow salmon, water efficient wheat, pesticide reduction, fire blight resistant apples weren't off the market, and rust resistance cereals were also "very close to the end of the pipeline".

He also referred to consumer benefits, which he said "is something we should be doing more about".

These included the removal of saturated fats from food, removal of allergens, increased dietary fibre, increased vitamin availability and even non-browning apples.

Mr Matthews was keen to see greater public support from farmers for GM crops because it potentially reduced farm input costs, faster, more accurate diagnostic tests, improvements to quality and consistency and also improvement of novel features such as colour and taste.

"All of these things are becoming available right now."

However, environmental benefits were the biggest factor he felt could help improve the understanding and acceptance of GM crops.

"If the community can see benefits for them as well as for producers then they will be inclined to be more supportive," he said.

A concern often raised was who benefits financially from this technology?

"Isn't it just the big end of town, well that's true. It is a very profitable, and I think it will become an even more profitable business into the future. Even the technology start-ups have to align themselves with some of the big end of town to get their products registered,"he said.

"But also there are benefits for producers... To consumers and public benefits and environment benefits."

Mr Matthews explained that part of this education was also helping people to understand that Australia's regulatory systems are among the best in the world.

"I think we have to... acknowledge risks and use science and good governance to manage those risks and our regulatory system is looked on by others as being a very good example of doing that."

"The thing that really want to leave with you ins that we really need farmers to stand up about this."

The first step was to change public, consumer, environmental and media attitudes.

"I think we need to be very respectful of differences of opinion about this," he said.

"We need to challenge those attitudes by reasoned argument, by persuasion, by producing evidence and not by shouting."

The four steps he believes need to be done are:

1. It's incumbent on those people who see the potential in biotechnology to build understanding of its benefits;

2. Confidence also needs building in the regulatory regime in Australia;

4. Ethical concerns need to be respected.

He also said the regulatory process could be simplified and Moratoriums in some States needed reviewing because "they've not been put in place for reasons of conscience".

"We have an instant regulatory systems that can deal with the safety and risk misuses perfectly well without a moratorium."