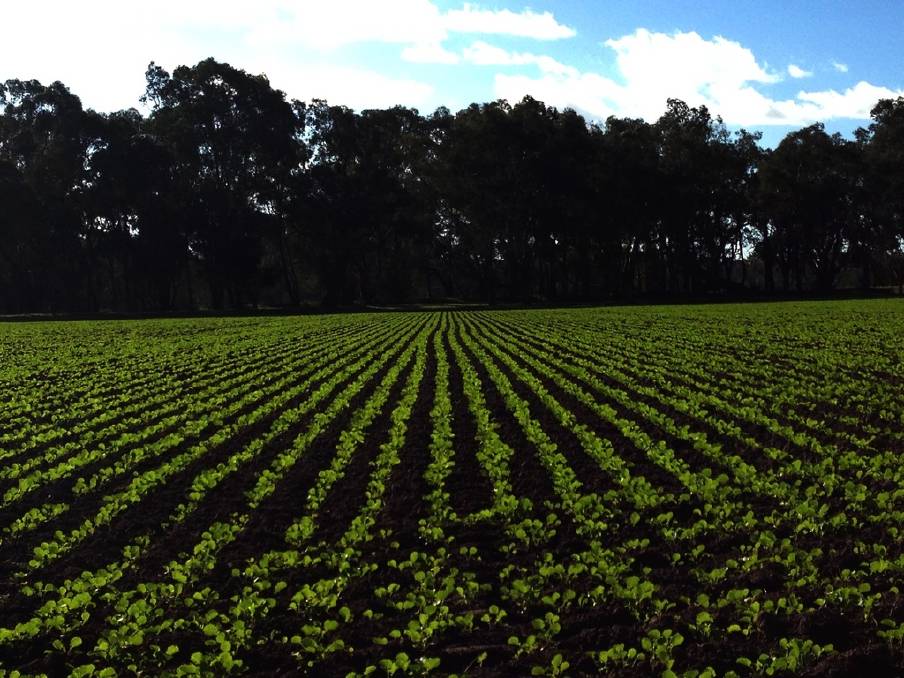 NSW graingrowers have welcomed this week's wintry blast as it may slow the rampant early growth in wheat, barley and canola crops.

NSW graingrowers have welcomed this week's wintry blast as it may slow the rampant early growth in wheat, barley and canola crops.

But growers are becoming concerned at just how good a start it has been.

Warm May weather allowed for rapid early vegetative growth which has farmers worried that crops are advancing too quickly.

The optimal conditions have oats crops in the Central West bounding ahead more quickly than stock can graze crops.

Farmers are worried the combination of the rapid early growth and mild weather may see some crops push into head prematurely leaving them at risk to frost damage.

Western wheat crops are also advancing quickly which has growers hoping for some cold weather to steady the vegetative growth.

It's a similar story with barley and canola crops were many crops have seen a mass of crop bulk which has growers worried what may happen if the season turns dry.

Last week the Australian Oilseed Federation (AOF) said that NSW is on track to produce another huge canola crop.

NSW canola plantings have contracted by 50,000 hectares to 550,000 hectares in 2014, according to the AOF, with less seeded in the north due to the dry autumn and limited moisture reserves.

AOF is projecting below average canola yields because of the increased chance of El Niño.

US Chicago wheat futures etched out a narrow weekly loss.

Chicago Board of Trade (CBOT) wheat futures closed lower for the sixth consecutive week over which time prices have tumbled by about seven per cent.

But gains were hard fought.

Expectations of a huge European wheat crop and a sizable Black Sea harvest are keeping world wheat markets under the pump.

Last week several private forecasters raised their ideas of the EU wheat crop with most now saying it will be the second largest crop ever.

Above average yields are also expected in the major production countries of France, Germany, Poland and the UK.

The big EU wheat crop is likely to result in another huge export year which should see them remain the largest single wheat exporter in the world for the second consecutive year.

Cheaper prices are attracting routine global demand from North Africa and Middle Eastern countries but the unexpected demand needed to push markets higher from the likes of China is absent.

Ideal weather has left the US corn crop in the best shape in several years which has markets factoring in bumper yields.

Big South American corn crops means global feed grain supplies are expected to be abundant a major weather problem with the US crop.

Europe is forecast to harvest a record large rapeseed crop which may temper their demand for Australian canola imports this year.

Lloyd George is a grain analyst for Ag Scientia, Melbourne.