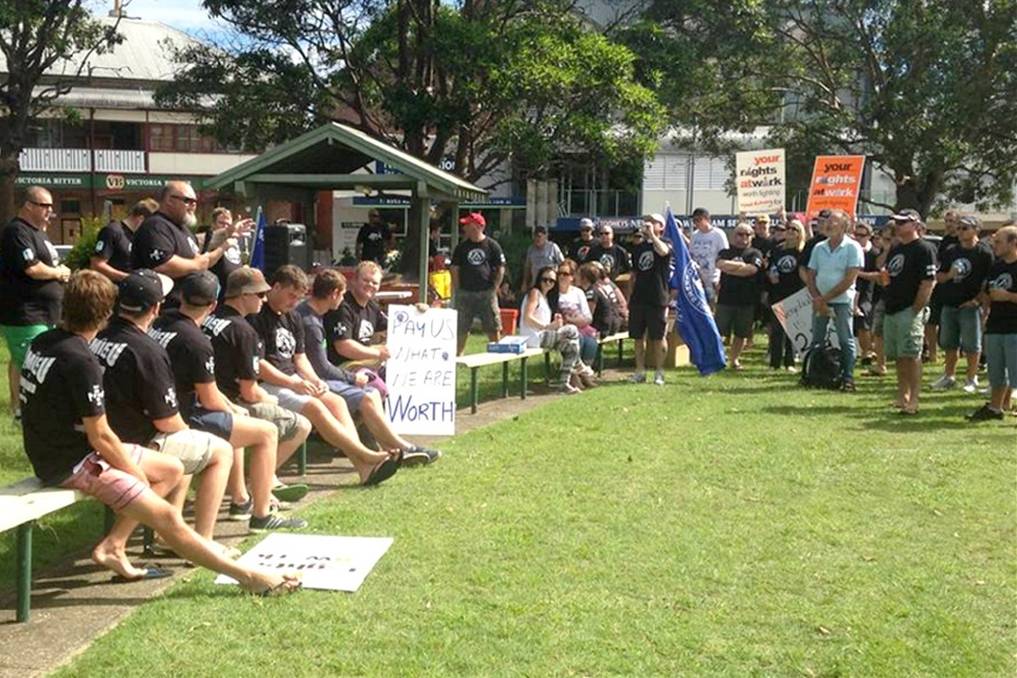 THE wage dispute at Wingham Beef Exports is over with workers agreeing to adopt a new proposed agreement.

THE wage dispute at Wingham Beef Exports is over. Workers took part in a secret ballot vote on Tuesday with the majority agreeing to adopt a new proposed agreement.

The agreement will see a 13.5 per cent wage increase over four years for the lowest paid workers and 12.25pc for the highest paid.

In the ballot 175 workers voted ‘yes’ to adopt the agreement against 115 workers who voted ‘no’ – a majority of 60pc.

The company has advised workers it will now apply to the Fair Work Commission to have the agreement approved and it will pass on the new wage rates from the pay week ending June 29.

The majority ‘yes’ vote ends the previous round of industrial action and bans on overtime have also been lifted; allowing for full capacity production to proceed which will help to ease any backlog in the supply of cattle.