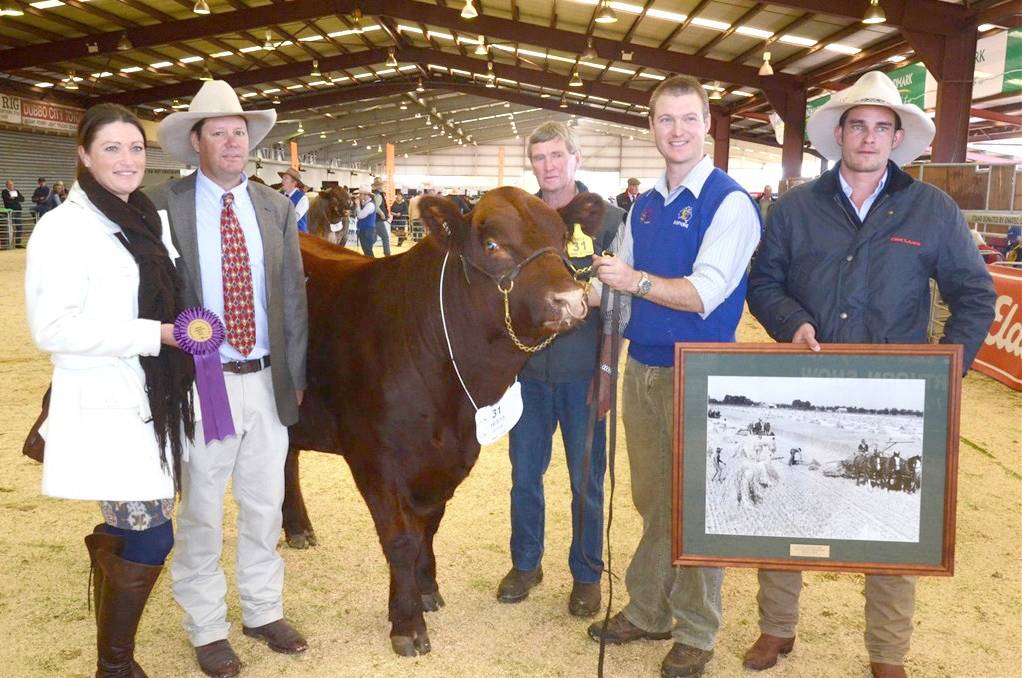 THE first bull led into the judging ring in the first class out of 10 classes and 108 bulls won the judge over at the Dectomax Dubbo Shorthorn National Show and sale today.

HE WAS the first bull led into the judging ring in the first class out of 10 classes and 108 bulls, but he made such an impression he was chosen as the Division 1 and grand champion of the 55th Dectomax Dubbo Shorthorn National Show and sale today.

“The moment he entered the ring I liked him. He has a strong top and a strong behind and his muscling is first class.”