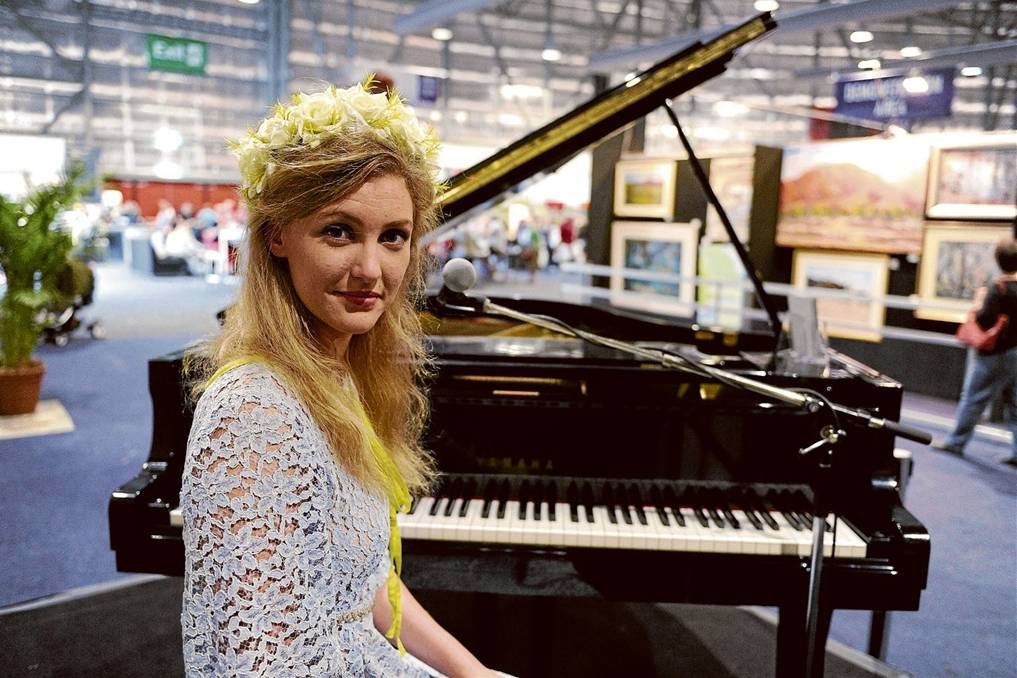 HESTER Fraser may have been too young to remember the drought in the ‘90s but she does remember how special it felt when it rained.

HESTER Fraser may have been too young to remember the drought in the ‘90s but she does remember how special it felt when it rained.

And while the 25-year-old musician, currently living in Sydney, felt half the world away from her family’s farm at Armidale, seeing photos of the drought spurred her into action.

Hester is a pianist, singer/songwriter, and performing under the name Goldheist she’s written song “Dust” to raise awareness of drought and the plight of farmers but also money for drought appeals.

“I knew it (the drought) was bad but it was overwhelming when you realise the scale of what it means to live through it,” Hester said.

“The manual labour that goes into keeping stock alive – I hadn’t understood the financial cost.

“I wanted to write about the issues but I also wanted to create a message of support.”

Hester said she was further inspired when she saw the work of volunteer group Aussie Helpers, who deliver hay and visit farmers in need.

“The most powerful thing Aussie Helpers do is help farmers realise they’re not forgotten,” she said.

The plight of farmers hit home to Hester when her dad, Hugh, sent her photos of the family farm, “Arran”, a 1050-hectare property at Armidale on which the Frasers run cattle.

“Mum decided she didn’t want to design another cardigan and they were looking forward to just working on the property again and taking a back seat for a while but then they got hit with the drought,” Hester said.

“When dad sent us photos of the place – it was just so unbelievably bad.

“When we went through drought in the ‘90s, I was pretty little and don’t remember much but dad had to make some tough decisions.”

During this drought the family have sold half of their cattle and are hoping to offload some more before winter.

Hester, who attended Presbyterian Ladies’ College and moved to Sydney after finishing school to attend the Sydney Conservatorium, returned home to make the video for “Dust” at an old school friend’s property at Armidale.

“My friend has a horse stud just outside of Armidale and it was bone dry – there was just dust as you walk across the paddocks,” she said.

Her music outfit, Goldheist, which consists of Hester and drummer Mark Spiteri, put on a drought relief concert in Armidale last weekend, which will be touring to various country towns in coming weeks.

She describes her sound as mostly pop-country and says her influences include Fleedwood Mac and Kate Bush.

“The concert in Armidale was a huge success,” she said.

“There was a packed venue and a lot of people there in support.”

She also performed the song at this year’s Sydney Royal Show.

Hester spends most of her time writing and this is the first time touring for the young musician.

“Dust” is available to purchase on iTunes.

Goldheist, along with Canberra singer/songwriter Natalie Magee, will take their drought tour to Gloucester on May 10, Tamworth on May 17, Yass on May 23, Canberra on May 24, Mudgee on June 7, and funds raised will go to drought appeals.

Some of Australia’s best country performers have each chosen songs for a special CD, Send It Down Hughie 2, to raise funds to help drought-stricken farmers.

Twenty-one artists and their labels have collaborated with Fairfax Media and Country Music Capital News magazine to produce this album.

All proceeds from sales will be delivered direct to farming families most in need through the volunteer services of Aussie Helpers, which has been supporting farmers for more than 12 years.

Supported by Toyota, CRT and Southern Cross Ten, it features favourites like “Spirit of the Bush” from country music legend Lee Kernaghan, with help from his mates, Adam Brand and Steve Forde.

“I will always remember meeting a young farming family from a property near Horsham at a “Spirit of the Bush” drought relief concert back in 2007,” Kernaghan said.

“After four seasons in a row without being able to get a crop into the ground they were unable to hold out any longer and finally lost the farm the family had worked and called their home for generations.

“The long drought had sent this young farmer to hell and back and he quietly told me how he had suffered from depression as a result of losing everything they’d worked for over the years.

“It was an emotional experience, hearing their story and seeing the human face of drought that day but as we said our goodbyes, this young farmer looked me in the eye and said, ‘Lee, it’s been hard, mate, but I will never give up because my wife and my two little girls are depending on me’.

“So I shook the big fella’s hand, his grip was strong, and as I said goodbye to the family I knew that this was the ‘Spirit of the Bush’.”

Country music superstar Troy Cassar-Daley has chosen “When A Small Town Dies” for the CD because he wanted to share a sentiment about what small bush towns mean to him.

“I come from a small town and loved every minute of my life back in Grafton but as a kid we never understood the effects of industries closing down and how it affected our families,” Cassar-Daley said.

“One thing I did know was when times got tough, people dug deep to help each other out.”

The album also features the work of some of the queens of country music including Beccy Cole (“Waitress”), Kasey Chambers (“Little Bird”), The McClymonts (“A Woman is a Flame”), Kaylee Bell (“Little Bit Small Town”), Catherine Britt (“Poorman’s Pride”) and Felicity Urquhart (“Give”).

To order your copy and support our farmers visit Send It Down; readers can buy the CD online from Monday, May 5.