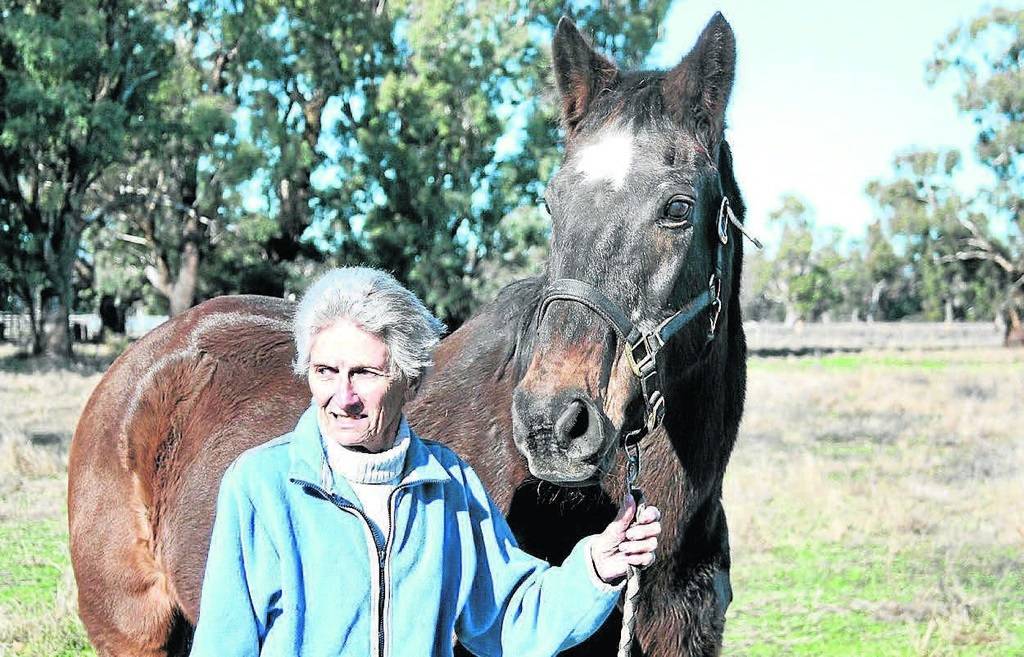 Bridget "Bud" Hyem was the first female to wear equestrian green and gold for Australia during the 1964 Olympics.

PARTICIPANTS at the recent Scone Horse Trials held a minute's silence ahead of the presentation at the Gundy venue on March 9, for much-admired Olympic equestrian Bridget "Bud" Hyem (nee Macintyre), who died on March 3, aged 81, at Tamworth Hospital.

PARTICIPANTS at the recent Scone Horse Trials held a minute's silence ahead of the presentation at the Gundy venue on March 9, for much-admired Olympic equestrian Bridget "Bud" Hyem (nee Macintyre), who died on March 3, aged 81, at Tamworth Hospital.

Equestrians throughout Australia and abroad also paid tribute to the trail-blazing first female equestrian to wear green and gold, at Tokyo in 1964.

It was 20 years before another Australian woman rode at an Olympics.

Raised at "Kayuga" near Muswellbrook, she married fellow rider Bill Hyem at Tokyo and returned to the property "Kibah" near Gunnedah, from where she would breed a dynasty of performance horses including Kibah Tic-Toc, two-time gold medal winner in Barcelona for Matt Ryan, and Kibah Sandstone, gold medal winner for the same rider at Sydney Olympics.

Prominent Australian rider Heath Ryan, older brother of UK-based Matt Ryan, paid tribute to a diminutive but fierce and determined woman who gave more to the sport than she ever received.

"Australia depends on people of that calibre to take the lead and pave the way so others have a future and can realise dreams previously unimagined," Mr Ryan said.

"She was a tough female Australian equestrian who was very much a part of the pioneering story of Olympic equestrian disciplines (show jumping, eventing and dressage) in Australian history.

"She was a show jumping lady rider for Australia and then went on to open her property to promote the Olympic discipline of eventing to locals in Gunnedah.

He said Mrs Hyem battled obstacles because she was a forerunner for female riders.

"Worldwide, there are a couple of women well-remembered for their contribution and Bud Hyem is right there at the front of them - she was a leader, she was a very tough lady and she put a lot more into the sport than she took out," Mr Ryan said.

In 2000 Mrs Hyem brought Kibah Tic Toc, who had returned to the family property after Barcelona, out of retirement to ride in the Olympic torch relay.

Mr Ryan said after her husband Bill died in 1977, Mrs Hyem had the challenge of running the 4500-hectare "Kibah" by herself and also managed to continue breeding and running equestrian competitions.