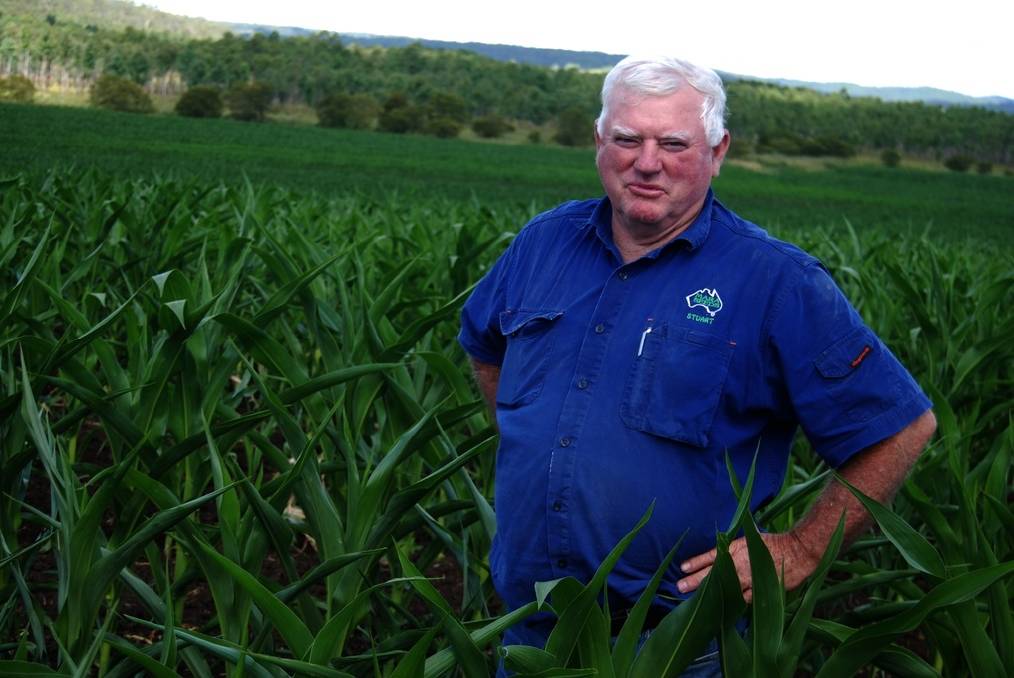 Stuart Larsson "Deep Creek" at Mallanganee, west of Casino, in his 2014 corn crop.

NORTHERN Rivers grain and oilseed producers Stuart and Katina Larsson haven't grown corn for 10 years, but this season the prices were "too attractive to go past".

NORTHERN Rivers grain and oilseed producers Stuart and Katina Larsson haven't grown corn for 10 years, but this season the prices were "too attractive to go past".

Alongside their 650 hectares of rain-fed white hilum organic soybeans aimed at the domestic milk market, they planted 70ha of gritting corn in November.

The corn has been forward sold to the export market for a confidential price Mr Larsson (pictured in his corn crop) described as "excellent".

The summer crops were row planted and direct drilled into country at "Deep Creek" Mallanganee, west of Casino, which was double cropped with winter wheat.

"We started planting in the last week of November, having been under several summer storms, and since then we've had regular showers but we're now in need of falls of 50 millimetres at least," Mr Larsson said.

"At this stage, the soybeans look like yielding 2.5t/ha in the better parts, which we'd consider an eight-out-of-ten crop."