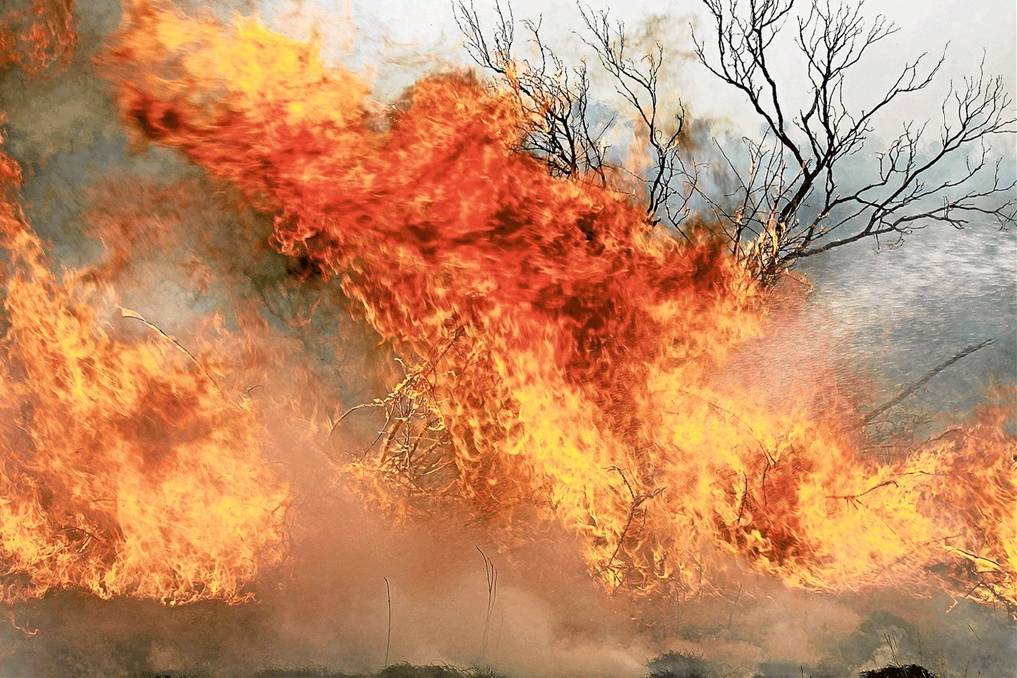 The bushfire season officially started on October 1 and with 1000 fires burning across the State in September alone, authorities are urging home and land owners to be prepared for a hot, dry season.

THIS week marked the official start to the bushfire season in NSW and with more than 1000 fires burning throughout the month of September, fire authorities have urged home and land owners to prepare their properties for a dry, hot summer.

THIS week marked the official start to the bushfire season in NSW and with more than 1000 fires burning throughout the month of September, fire authorities have urged home and land owners to prepare their properties for a dry, hot summer.

Police and Emergency Services Minister Michael Gallacher said the fire season, which began on Tuesday, was off to a hot start.

“In the last few weeks we have already seen significant fire activity, which has put homes and lives at risk,” he said.

“Last season was a challenging one in NSW, with more than 50 homes destroyed in January alone.”

NSW Rural Fire Service (RFS) commissioner Shane Fitzsimmons said the Bushfire Co-operative Research Centre’s (BCRC) predictions of above average fire conditions this season were a timely reminder of the risks of bush and grass fires and highlighted the importance of early preparation.

Mr Fitzsimmons said more than 40 per cent of people surveyed last year across some of the worst affected areas last summer – including Coonabarabran, Yass and the Shoalhaven – said they wished they had done more preparation and 35pc wished they had a better plan.

“This increased fire activity has brought forward the start of the official bushfire danger period for many areas of the State, including Tamworth, Taree, Upper Hunter and Shoalhaven,” he said.

“Regardless of where you live in NSW, even a normal Australian bushfire season is dangerous.”

“We’ve had a very busy start to spring, and we’re only a month in,” Mr Rogers said.

“Traditionally there are a lot of fires this time of year, but not to this extent.

“This is the most number of fires we’ve had in a decade.”

Mr Rogers said fire agencies had done all the preparation they could and said home owners and land owners needed to do their bit.

He said it was important to clear gutters, maintain gardens and have a hose that reaches right around the home.

“By and large land owners know what they are doing.”

A BCRC spokesperson said above average rainfall for much of the past three years was likely to continue the trend of heavy grass fuel loads throughout the grassland areas of NSW.

“These grassland areas include those west of the Great Dividing Range, the Northern Tablelands and the Upper Hunter,” the spokesperson said.

“Across much of the forested areas of NSW, below average rainfall since July has resulted in a drying trend in forest fuels.

“If this continues, above normal fire activity conditions are expected for the forested areas of central and southern NSW coast and ranges.”

“Interestingly, we had two back to back La Niña events which led to increased fire activity, so it appeared to be significant, but we have definitely seen worse fire seasons,” Mr Coutts-Smith said.

“If we look west of the ranges now, most of it is grass fire risk, thanks to the June rain.

“East of the ranges it is more forest fire prone.”

Mr Coutts-Smith said the most worrying source of fire was dry lightning in the early part of the fire season.

He said it was useful for people to be aware of their area and its conditions.