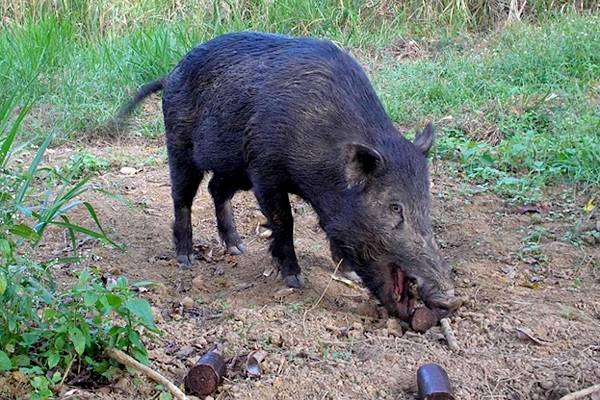 AS THE feral pig problem escalates in NSW, news of the creation of a Tamworth Regional Feral Pig Taskforce has been welcomed by stakeholders.

AS THE feral pig problem escalates in NSW, news of the creation of a Tamworth Regional Feral Pig Taskforce has been welcomed by stakeholders.

The destruction feral pigs cause can impact substantially on a farmer’s income, and they represent a significant biosecurity risk as well as causing damage to the natural environment.

The taskforce, announced at AgQuip in Gunnedah by by NSW Minister for Primary Industries Katrina Hodgkinson, will assist with the effective management and control of feral pigs. Ms Hodgkinson said she was concerned current control measures are not working.

Ms Hodgkinson made the announcement with Nationals MP for Tamworth Kevin Anderson, who will chair the Tamworth Regional Feral Pig Taskforce (TRFPT).

Mr Anderson said a meeting of the TRFPT will be held in Gunnedah at the first available opportunity and will include all relevant local agencies, landholders and stakeholders to develop a feral pig control plan and campaign for the region.

“The agricultural impact of feral pigs on crops in this region is staggering, with crop yields severely impacted and costing tens of thousands of dollars in lost income,” Mr Anderson said.

“This issue cannot be ignored. We need to work quickly and proactively to drive down feral pig numbers across the region.”

A pilot program will begin on the Liverpool Plains and if successful will be rolled out across other regions in NSW.

NSW Farmers Vertebrate Pest Working Group chair Mark Horan said he was pleased to see that the government is listening to farmers on this issue.

“I commend the Minister for recognising the alarming and escalating numbers of feral pigs in the region and for her swift response in putting this taskforce together," Mr Horan said.

“Any effective pest animal control measures need to be well co-ordinated across all types of land. NSW Farmers has consistently advocated for a co-ordinated approach and the minister’s announcement recognises the importance of this approach with the taskforce.”

Mr Horan said as recently as last week NSW Farmers highlighted publicly the importance for government to be proactive on this issue and ensure a co-ordinated effort under the new Local Land Services (LLS) NSW.