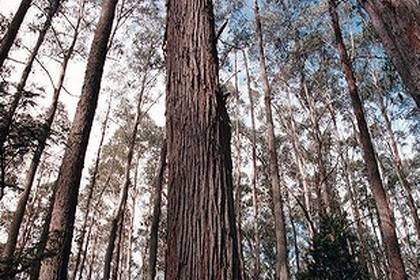 THE state's logging body, the Forestry Corporation of NSW, is guilty of "systematic failures" of forest management including burning protected bushland on the NSW south coast, a judge has found.

THE state's logging body, the Forestry Corporation of NSW, is guilty of "systematic failures" of forest management including burning protected bushland on the NSW south coast, a judge has found.

The government body was fined $35,000 and ordered to pay court costs for causing environmental damage near Batemans Bay, after a series of hazard reduction burns went badly wrong.

Ash charcoal and sediment ended up in waterways of a marine park after the burn-off was carried out in supposedly protected zones along creeks in Mogo State Forest.

In a scathing Land and Environment Court judgment, the corporation was fined over a litany of mistakes, including deploying untrained staff and keeping sloppy work records.

In her judgment, Justice Rachel Pepper said the reasons for the offence "included systemic corporate procedural and operational failures and inadequate training and supervision of employees".

The burning took place in May and June 2011, and was investigated shortly afterwards by the NSW Environment Protection Authority.

Justice Pepper found that the logging organisation had a history of convictions for bad forestry practices.

"In these circumstances, it could not be said that Forestry NSW has no prior record of criminality so as to justify taking this factor into account in mitigation," she said.

The corporation pleaded guilty to the offences related to the burn-offs.

In affidavit evidence, its acting chief executive, Nicholas Roberts, said the organisation had taken many steps to rectify its procedures. He expressed "sincere regret and remorse that harm to the environment occurred as a result of the wrongful manner in which the hazard reduction burn was carried out".

The Nature Conservation Council of NSW, representing more than 100 of the state's environment groups, said the case was part of a pattern of cavalier behaviour by the forestry body.

“Even though the fines imposed in this case are relatively high, they are clearly not high enough to change the Forestry Corporation's behaviour and its culture of non-compliance," council chief executive Pepe Clarke said.

“Until there are meaningful deterrents, [the corporation] will go on routinely damaging the environment ... This conviction is symptomatic of a broader failure of the state forest agency to take its environmental stewardship responsibilities seriously.”