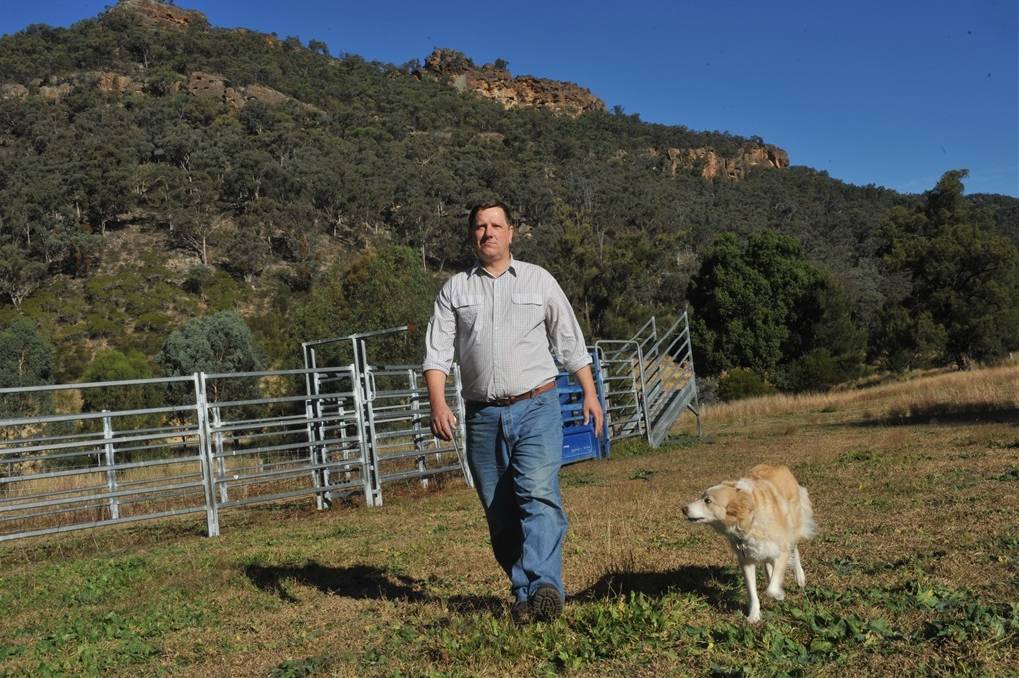 AN APPARENT flaw in the Mining Act means mining and exploration companies which want to play “hard ball” during negotiations for access agreements can effectively force landholders into compulsory arbitration.

AN APPARENT flaw in the Mining Act means mining and exploration companies which want to play “hard ball” during negotiations for access agreements can effectively force landholders into compulsory arbitration.

This is the view of landholder Craig Shaw who has this month started compulsory arbitration with Cockatoo Coal, which manages a coal exploration project in the Bylong Valley on behalf of KEPCO Bylong Australia.

Mr Shaw (pictured) said mining and exploration companies could simply wait out the time limits involved under sections 142 and 143 of the Mining Act 1992 – two lots of 28 days – before section 144 allowed for the compulsory appointment of an arbitrator.

The Department of Trade and Investment has admitted director-general Mark Paterson is powerless under the Mining Act to not only revoke the appointment of an arbitrator once it is made, but to refuse to make the appointment in the first place.

Cockatoo Coal is also in a joint venture with POSCO on the Hume Coal Project on the Southern Highlands and is in the process of taking nine landholders through compulsory arbitration to gain access for exploration.

Greens MLC Jeremy Buckingham will next week introduce an amendment to the Mining Act to the NSW Parliament, which he says will give greater power and certainty to landholders during access agreement negotiations.

The proposed changes – the Right of Landholders to Refuse Access Bill 2013 – would, if passed, remove the current provision to appoint an arbitrator from the Mining Act and give landholders the ability to deny access to mining and exploration companies.

“These communities, these farmers, want the certainty that they’re not going to have these damaging industries foist upon them. They want the right to be able to determine what happens on their land,” Mr Buckingham said.

“It won’t preclude mining, it will just make sure that it happens in a more responsible and fair way.

“We want to restore the balance and put the power back in the hands of the landholder and the farmer.”

Meanwhile, Resources and Energy Minister Chris Hartcher gave notice to introduce legislation to the NSW Parliament on Tuesday which will legislate the code of practice for coal seam gas explorers which the State government released last year.

A spokeswoman said the legislation would require the titleholder to meet a landholder’s “reasonable legal costs” in negotiating and determining an access agreement, up to the making of an agreement or when an arbitrator was appointed, where agreement was not reached.

“Failure to pay the fees will be deemed a breach of an access arrangement, where one has been made, and landholders will be able to deny titleholders access to their land,” she said.

“These changes will provide assurance to landholders when negotiating access arrangements. They will know that legal advice is available to help ensure an outcome that is in their best interests.”