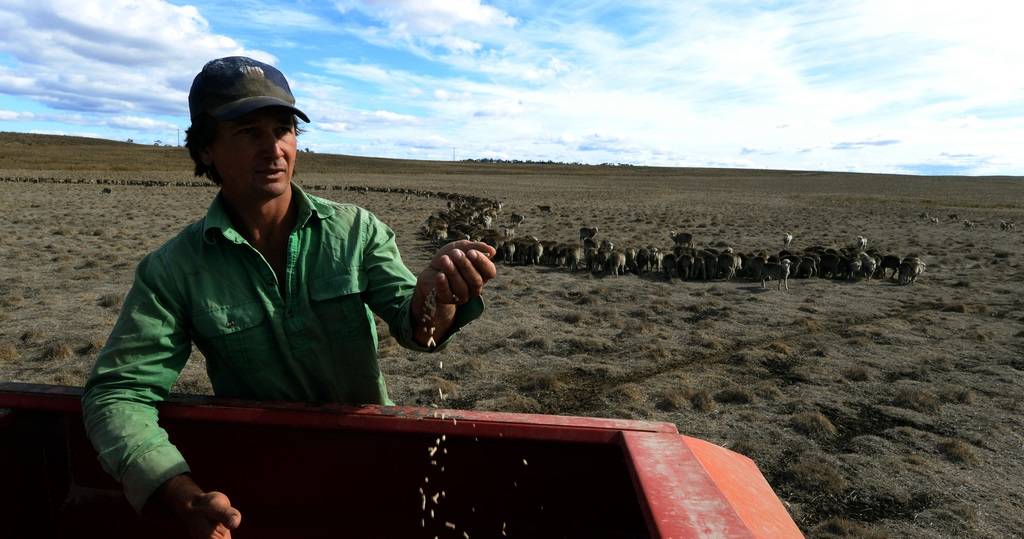 SELLING 6000 sheep in six weeks is not an easy decision to make, but for Monaro woolgrower Oliver Cay it is a wise one, given feed is fast running out and mutton prices are above 300 cents a kilogram.

SELLING 6000 sheep in six weeks is not an easy decision to make, but for Monaro woolgrower Oliver Cay it is a wise one, given feed is fast running out and mutton prices are above 300 cents a kilogram.

Mr Cay and his wife Jane usually run 14,000 to 15,000 sheep on their Bungarby property "Pineleigh", south of Cooma, but in the past six weeks they have reduced their stock to 8000 head.

They were left with little choice given the summer rainfall at Bungarby, 79 millimetres, which is the bottom 10 per cent for rainfall ever recorded on their property.

The past four months have been tough at "Pineleigh", with falls of 20mm for December, 24mm for January and 16mm for February.

Mr Cay said there would be less than 200 kilograms a hectare of dry green matter available to stock.

"I haven't see a bit of green pick all summer, it has been really tough on young sheep and young cattle in particular," Mr Cay said.

He said he was flat out feeding his 8000 remaining sheep pellets he freights from Rivalea feedmill at Corowa.

The flock was reduced during the past fortnight, and next month Mr Cay will reassess when it's the "real crunch time".

"There is only one guaranteed time on the Monaro when you won't grow feed and that is winter, due to the cold temperatures, so if we get to April and we haven't had an autumn break then I will be looking at feeding all the way through winter," Mr Cay said.

His sheep sell off included 3500 one- to four-year-old wethers and 2500 five- and six-year-old ewes and classed out mixed age ewes.

"In these lower production years you never expect to receive good prices for sheep, so I am very happy mutton is bringing 300 cents a kilogram," Mr Cay said.