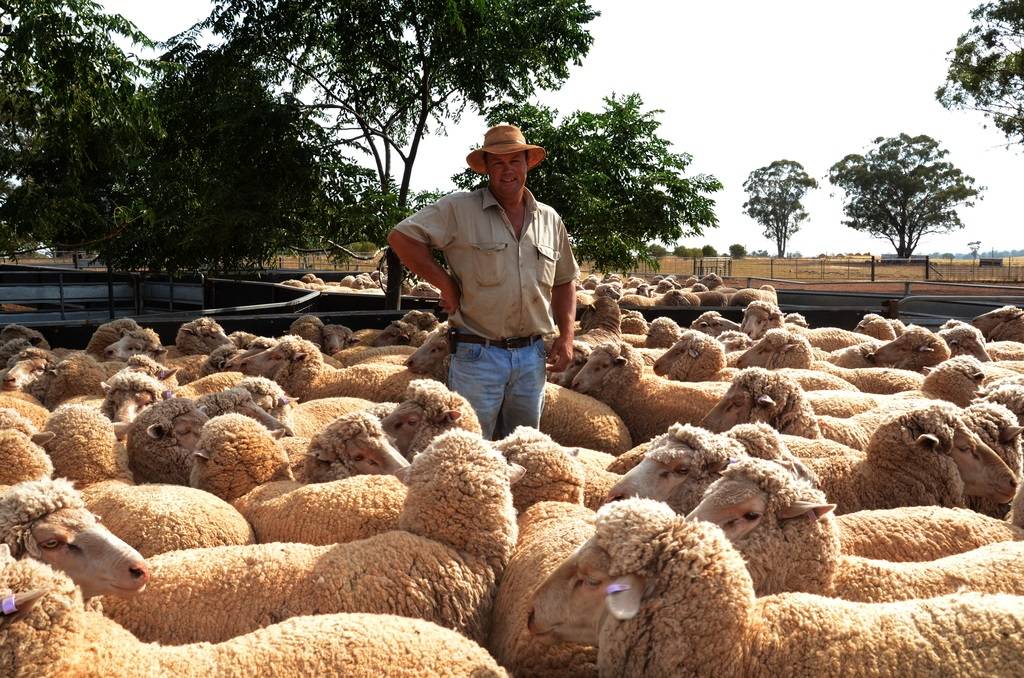 Mat Aveyard looks over his maiden ewes at “Plevna West”, Trundle, the team that took out top honours of the 21st Ted Little Memorial Trundle Merino Ewe Competition this month. Mr Aveyard runs the 20 micron Plevna West flock based on Plevna blood with his wife, Korina.

WINNERS of the Ted Little Memorial Merino Ewe Competition have come a long way in less than four years of competition.

WINNERS of the Ted Little Memorial Merino Ewe Competition have come a long way in less than four years of competition.

Mat and Korina Aveyard's Plevna West flock at Trundle has risen from an encouragement award in 2012 to winning at the event's 21st anniversary held on February 13.

It was the flock that had improved the most in the past 12 months among seven entries from the Trundle, Tullamore and Yarrabandai districts, according to returning judge, Colin Seis, Winona stud, Gulgong.

"These are a good lot of sheep that will cut a lot of wool," Mr Seis said.

Second judge, Ken McCrabb, Avenel stud, Wanganella, who officiated at the inaugural fixture in 1994 and was invited back for the 21st anniversary, said he was impressed with the maiden ewes.

He said he felt the Aveyards had "bred to a nice balance" in type.

The 20-micron average Plevna West flock is based on Plevna stud blood now operated by Mat's brother Boydie Aveyard, who also classes both flocks and won the "classer's award".

Mat Aveyard said lambing in 2012 was 119 per cent while the figure had dropped to 113pc last July/August.

Both judges had made the exact same placings on the day with second spot going to last year's winner, Gowing Partners' flock of Darriwell blood growing an average 20.5 micron at "Eurella", Trundle.

Both judges agreed that while the top-end ewes at Gowings were better, the consistency of the Aveyard flock won the day.

Third place went to the "Curyo", Trundle, flock of Anthony and Margaret Simmons, who have contested in every event since the competition's inception when their flock won that event.

The Simmons' flock, based on Willurah blood and growing 20.5-micron wool, also won in 2010 and has been placed five other times across the years.

The "Spring Creek" flock of Don Edwards, Tullamore, which has exhibited at 19 of the 21 fixtures, won the Grant Nixon Memorial Encourage-ment Award.

The anniversary competition attracted some 40 spectators who travelled by coach to all properties.

While at lunch in the Trundle Hotel, the group was addressed by Dr Wayne Backhouse, Moss Vale, who spoke about his research into energy and protein and clinical nutrition in ruminants.