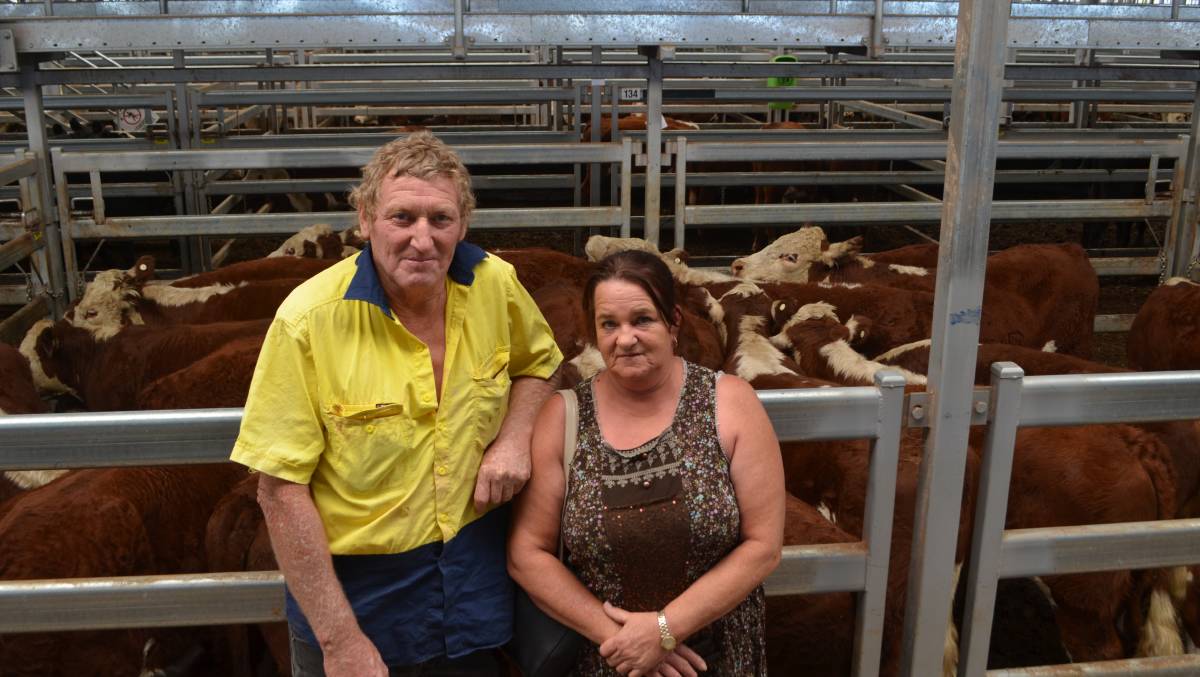 “The comment from buyers was suggesting the market was stronger,” Mr Paull said“Particularly the heifer section which comprised a big percentage of our yarding and the demand was strong for the better types.”

Mr Paull noted the buying gallery was still active right to the end, which indicates continued interest in cattle, even for the lighter types.

Local restockers and feedlots competed with commission buyers who were still active on suitable pens.

A feature was the dispersal of their Santa Gertrudis herd, by the Gentle family, “Worthington”, Illabo.

Their pen of 14 Santa Gertrudis heifers, 24 months, depastured to Santa bull and weighing 501kg sold for $1580.

A line of 25 Angus cows with calves and rejoined to Lawson Angus bull sold for $1860.