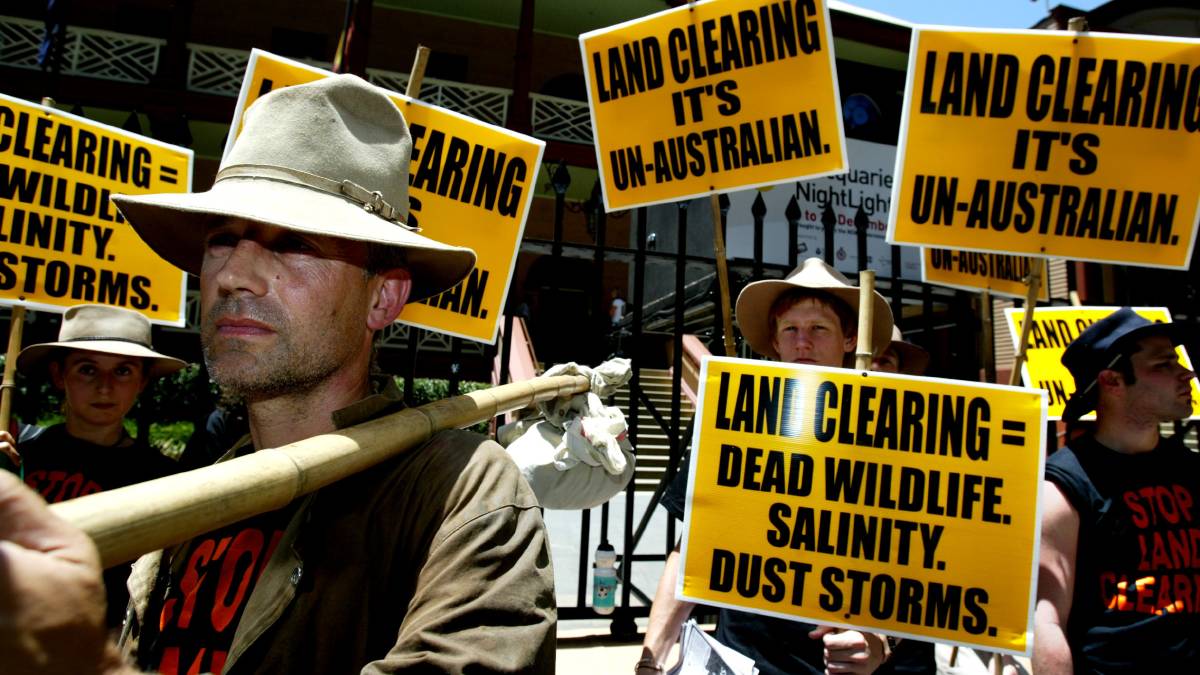 Peak groups met in Sydney this morning to announce they would take no further part in consultation for Biodiversity Act changes after losing faith in the Coalition to prevent wide-scale environmental damage.

They have also formed a Stand Up For Nature Alliance to fight the reforms.

The government has promised farm groups it would repeal the Native Vegetation Act and Threatened Species Conservation Act and introduce new laws that would give landowners more power to clear and manage native vegetation on their properties.

The issue has particularly been championed by The NSW Nationals, who have declared they will rip up Labor-made environmental constraints they say have frustrated farmers for 20 years.

But the heads of six environmental groups, including NSW Nature Conservation Council, Total Environment Centre, NSW National Parks Association, The Wilderness Society, WWF Australia, and The Humane Society, met at The Domain today to announce they would fight the process.

“We have provided detailed analysis and constructive feedback to help develop a conservation law that addresses the increasing threats to wildlife, soils and climate, but it is now clear that the government is on a course  to pursue development at high environmental cost.”

“It has become clear that the broad outcomes of this process are being  predetermined by a minority of rural interests, and the proposed Biodiversity Conservation Act will fail to secure adequate protections for our wildlife, water and soils. It will also increase climate change risks by permitting the resumption of broadscale land clearing.

“We therefore refuse to legitimise a wind-back of protections for nature by participating in the current stakeholder consultations any further.”

Mr Speakman is the lead minister on the bill, with Mr Stokes and Mr Blair providing guidance via their respective stakeholder groups.

The Biodiversity Act reforms are the backbone of a Coalition pre-election agreement with NSW Farmers.

The Nationals’ vision for the legislation is founded on the recommendations of the Independent Biodiversity Legislation Review Panel report that was released in December 2014.

This week NSW Labor also announced it would not back the government’s plans for the reforms.

Mr Speakman told the Sydney Morning Herald he valued the contribution of environment groups but was disappointed they have withdrawn.

"My door is always open to receive their views and input, including during forthcoming public consultation," he said.

He said the government wants to deliver reforms "which will strengthen our ecosystems, support our farmers, and ensure investment to deliver an enhanced environmental outcome across NSW."