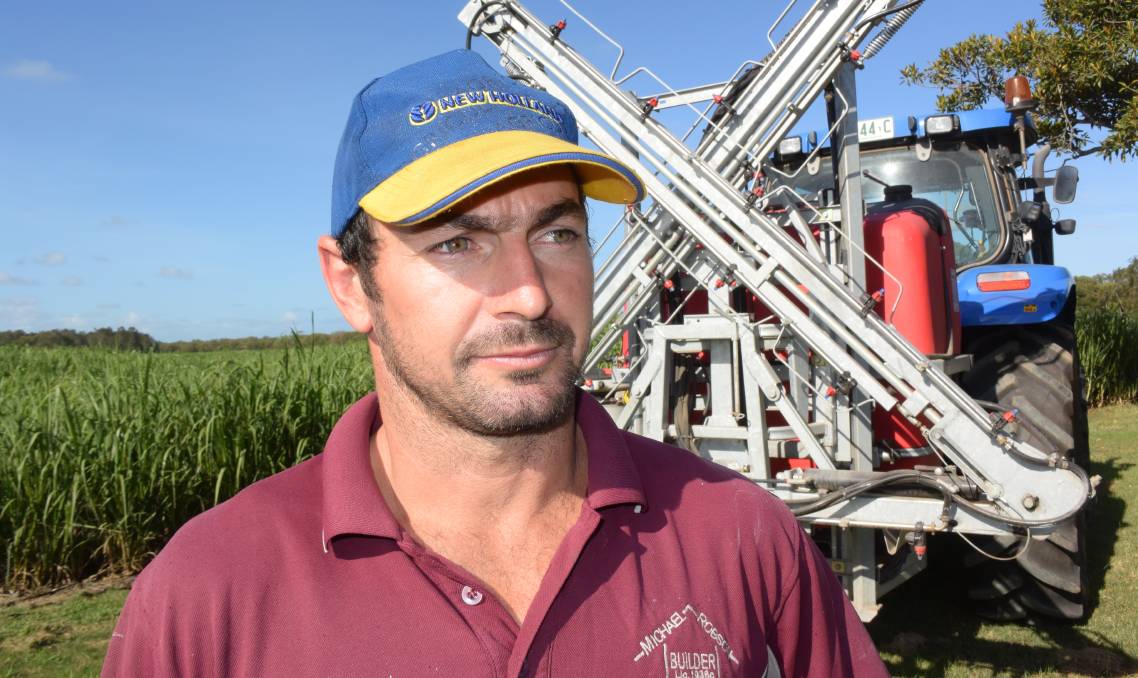 Richmond Valley cane farmer Danny Lickiss, Rileys Hill, uses glyphosate like so many others because it works on weeds, is cost-effective and saves soil loss by keeping weeds at bay without tillage.

When it comes to glyphosate there are two opposing camps: those who believe in its worth as a low-impact herbicide and others who passionately declare it does more harm than good.

WHEN  it comes to glyphosate there are two opposing camps: those who believe in its worth as a low-impact herbicide and others who passionately declare it does more harm than good.

To help solve this stand-off Grains Research and Development Corporation (GRDC) has co-funded a look-see into herbicide residues in soils.

The results are interesting and not all as expected.

The project will conclude in 2018.

To unravel the impacts of herbicides on soil biota the research team enlisted academics from Sydney University, the University of Western Australian, University of Adelaide and Lismore’s Southern Cross University - whose plant biology section is regarded as one of the best in the country.

“During the last six months we have been pulling together what we do know and we are finding that growers are a lot more aware of the services their soil provides,” explains Dr Van Zwieten.

“And they have a hunger to learn more.”

No-till and controlled traffic farming bring with them benefits to soil carbon and structure that are now preferable to regular ploughing but there is a flip side to this coin.

That’s because weeds are the winners in this equation – unless herbicides are sprayed: when the paddock is fallow, at planting time and again before remaining weeds get a chance to out-compete the crop.

“In many parts of Australia herbicides are the better option, rather than losing fertile topsoil through tillage which can expose that soil to wind erosion.” 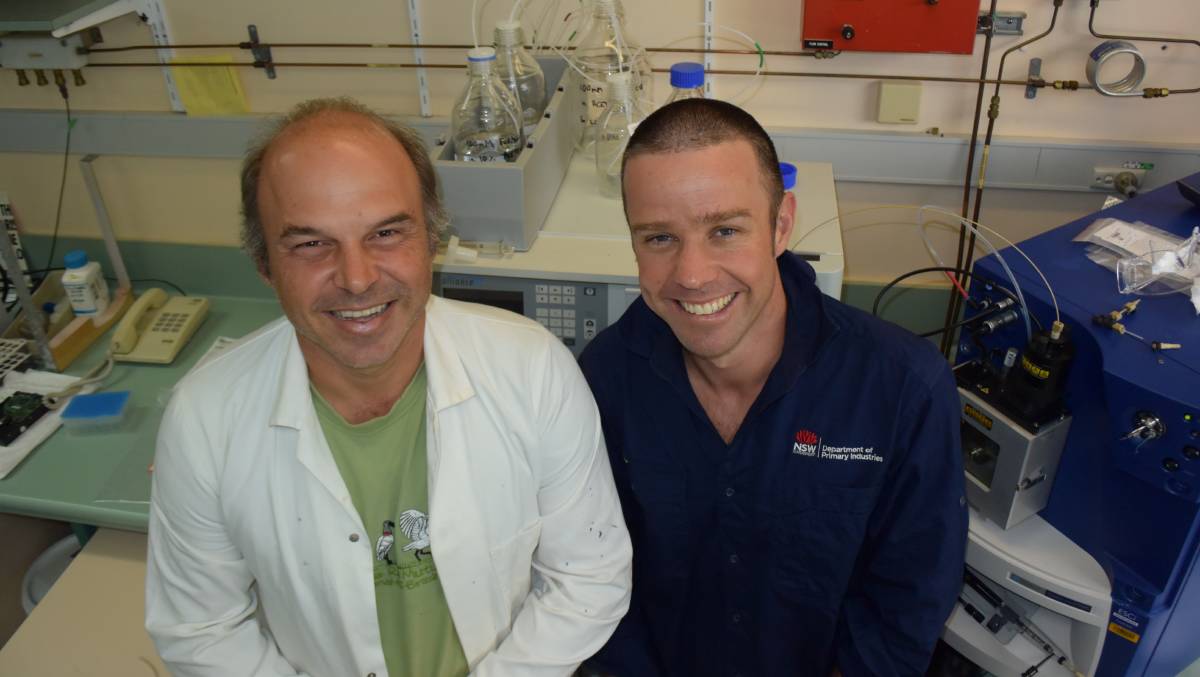 Applying herbicides on fallow ground reduces weed seed-banks –  which can turn a paddock into a monoculture of fleabane or wild radish.

With fewer weeds there is less loss of water storage in the soil profile –  a particular concern west of the divide and not so much for coastal cane farmer Danny Lickiss, Rileys Hill via Ballina.

Mr Lickiss is like a lot of farmers in that he uses Roundup, for instance, because it is inexpensive and effective.

That means fewer spray applications with the tractor which results in less diesel burnt and reduced soil compaction.

So, how much herbicide is too much?

Analysis of soil from 40 paddocks in NSW, Qld, SA and WA are yielding interesting data on the amount of glyphosate remaining in the ground - and its ability to break-down into different chemicals that may damage growing plants.

Dr Van Zwieten notes that glyphosate reduces to a chemical called AMPA, or amino methyl phosphonic acid, which also remains in the soil and can ‘impart herbicidal activity’.

However, recently published data from the project suggests glyphosate on its own is not particularly damaging to soil biota.

In many parts of Australia herbicides are the better option, rather than losing fertile topsoil and moisture through tillage. - Dr Mick Rose

In fact the chemical can feed microbes and actually increases their activity – although it is so minute that a farmer wouldn’t spray Roundup in the hope for some sort of benefit.

The principal area of concern appears to be the risk that remaining glyphosate, previously used in fallow weed control, may be toxic to the next crop.

Dr Rose suggests this is more likely to be a problem on sandy soils, or those with lower clay content, that can’t hold onto glyphosate molecules like heavy pug.

The team’s research is literally ground-breaking, with farmers able to access information – often for the first time – from their multi-residual herbicidal soil sample.

That sort of information is rare in the public domain because the cost is typically more than $500 per test. 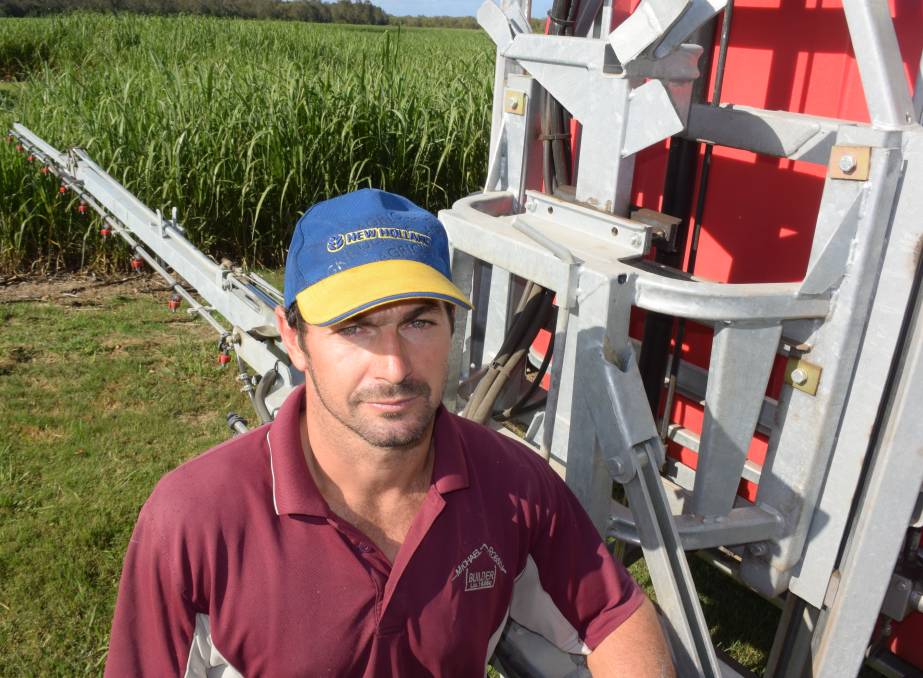 Richmond Valley cane farmer Danny Lickiss, Rileys Hill, uses glyphosate like so many others because it is cost-effective and saves soil loss by keeping weeds at bay without tillage.

The half-life of glyphosate can vary, but under some conditions can be more than 40 days, which means that four applications in a year results in a slow build up of the chemical remaining in the soil – in addition to a build up of AMPA.

This is because AMPA has a longer half-life than glyphosate and tests show greater concentration of this ‘breakdown’ chemical as a result.

AMPA is not plant available in the same way as its parent compound glyphosate, and researchers now need to test for significance.

The team’s future direction will be developing computer models that will allow growers to identify portions of their paddock that could be susceptible to herbicidal residues.

“We need to look at this impact on crop productivity,” says Dr Van Zwieten. “These chemicals may not be doing major damage to soil function, but they have the potential to hang around and may impact on the next crop.”