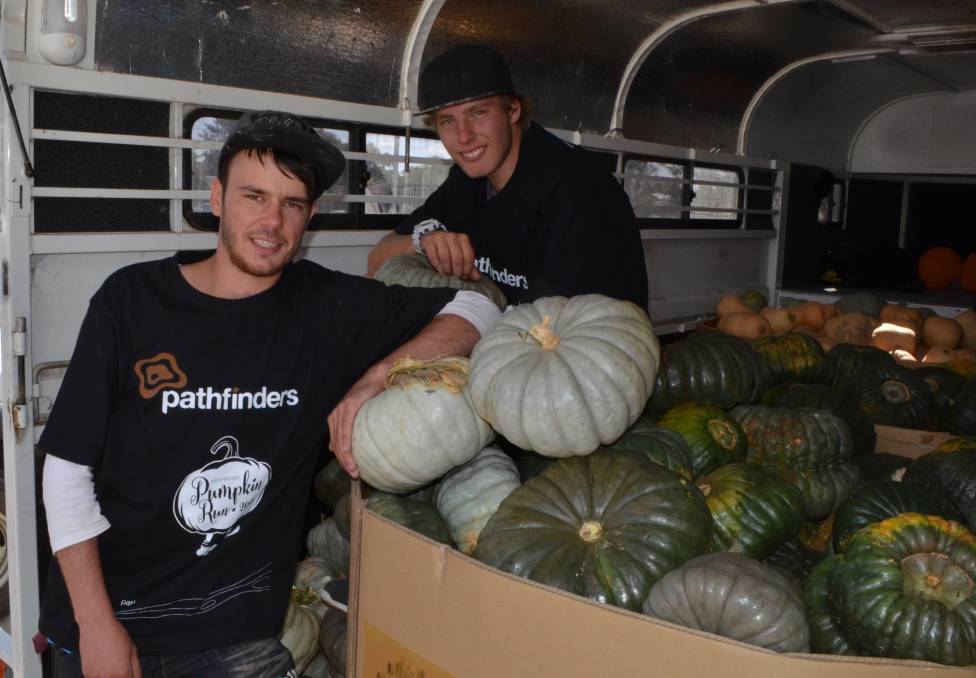 Armidale youth Andrew Peacock, 20, and Nathaniel Keuntje, 17, have joined the Pathfinders pumpkin run from Tilbuster Station to Sydney. They made a stop at Tamworth on Tuesday afternoon.

Nearly five tonnes of pumpkins will be distributed by Armidale youth this week.

HUNDREDS of pumpkins are making their way to Sydney this week as part of an Armidale organisation’s push to help the homeless while teaching young people about agriculture.

Nearly five tonnes of pumpkins will be distributed by Pathfinders Armidale in conjunction with local Meals on Wheels groups and OzHarvest.

About eight teenagers from 13 to 20 have made the trek, delivering pumpkins and sharing pumpkin soup with people in need at Tamworth and Newcastle before arriving in Sydney and visiting Government House tomorrow.

Pathfinders Armidale works with troubled youth, with Tilbuster Station, where they grow pumpkins, corn and potatoes, serving as a training facility.

“They don’t fit into mainstream schooling so it's an alternative education for them,” Ms Biddle said.

“Some of these kids are doing it tough, but this is about getting them to share what they have.”