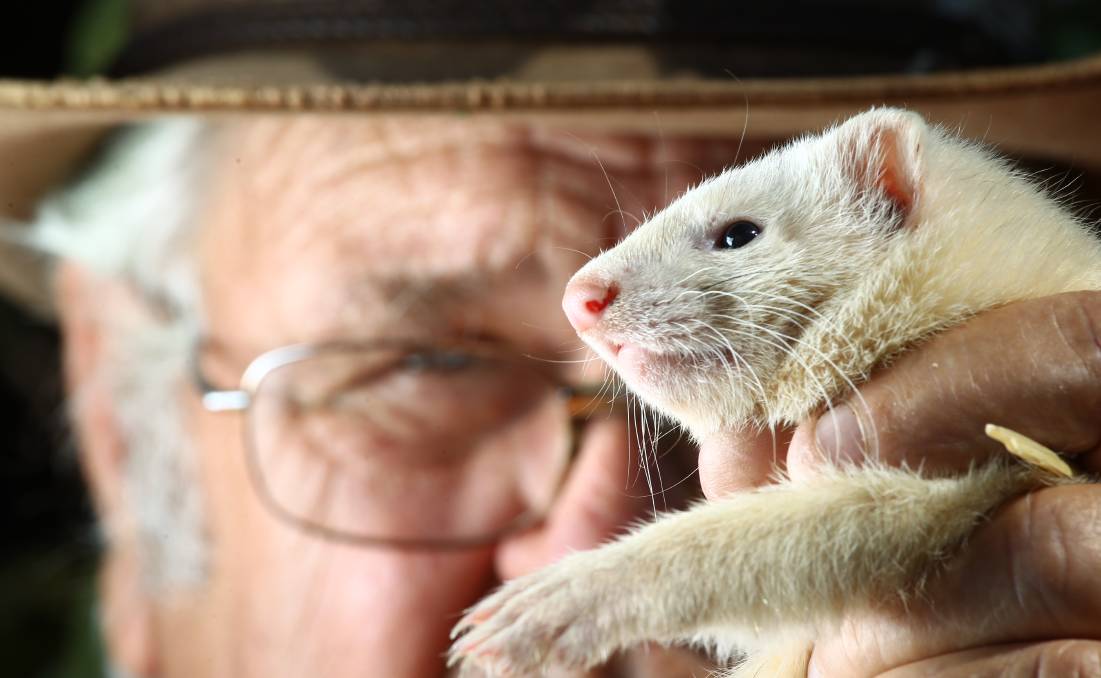 Bathurst's Warren Bettridge, and his troop of ferrets, are helping farmers with their rabbit problems. Photo by Phil Blatch.

RABBITS may still ravage pastures on farms across the state, but Warren Bettridge says he is doing his best to help overcome the problem.

The Bathurst man, who has bred ferrets for more than 20 years, uses the animals to help farmers reduce overwhelming rabbit numbers on their properties – and he says it’s a nice day out as well.

Mr Bettridge says he loves his hobby, and knows it makes a difference for people on the land.

He said prize bulls and horses can cost thousands of dollars, but if they break a leg by stumbling into a rabbit hole “it’s all over” because most have to be put down.

“You might have good farmland and it’ll be riddled with holes [from the rabbits],” he said.

“The rabbits do so much damage to properties when people have sheep or cows.”

The rabbits also compete with livestock for feed.

“A rabbit eats exactly what a sheep eats ... three rabbits will eat as much as one sheep,” Mr Bettridge.

“I’ll get farmers call me up and ask if I can help them out.”

This is where Mr Bettridge’s ferrets come into their own.

He said the long, sleek animals are the perfect size to fit into a rabbit burrow and chase the rabbits out into a trap.

“They’re a very smart animal. If there’s a snake down the hole, it [the ferret] knows how to get away from it,” he said.

The trapped rabbits are then killed and used as dog meat.

“I get a lot of satisfaction out of it and it’s a nice day out,” Mr Bettridge said.

The ferrets serve another purpose, according to Mr Bettridge: many people choose to keep them as pets.

“They’re pretty good for pets. In Sydney they put a harness on them and walk them around,” he said.

He currently has two 12-week-old ferrets and said young ones like this are easily trained, will use a cat’s litter box and love being around people.

RSPCA NSW’s website says ferrets are very appealing due to their intelligence and inquisitive nature as they explore their environment.

“They are sociable, clean animals who enjoy human companionship,” the website says.

“Despite common belief, ferrets are not rodents. The ferret is in fact a member of the weasel family, which also includes skunks and otters.”