The 50th Murray Grey National Show and Sale saw a quality line up for show honours. 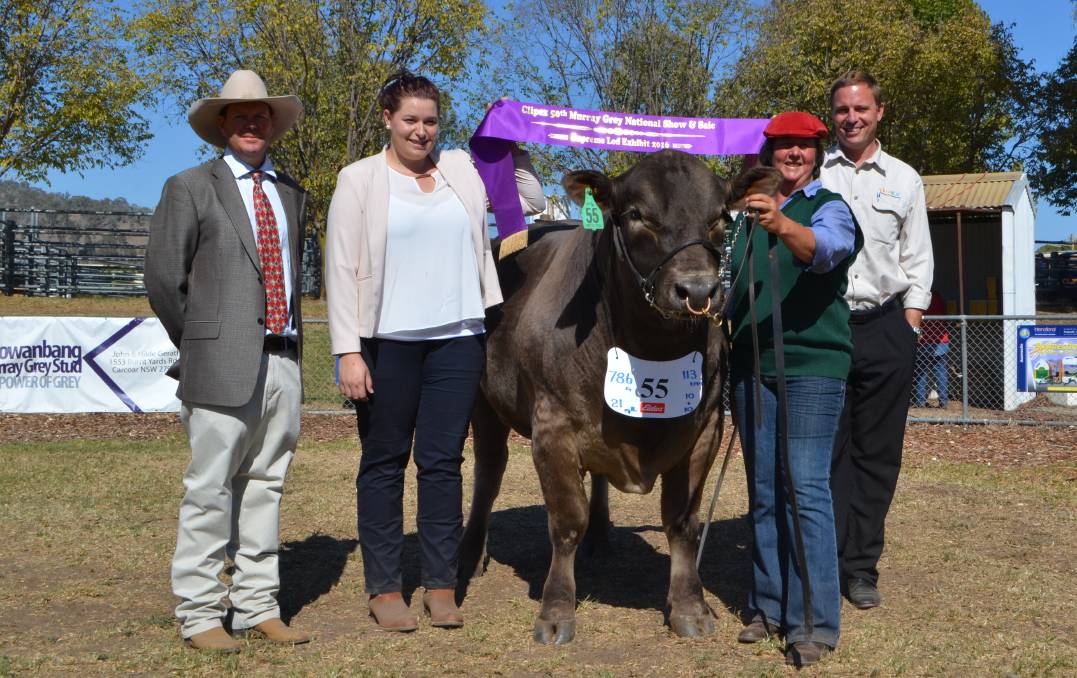 Strong interest in the Clipex 50th Murray Grey National Show and Sale held in the Wodonga Exhibition Centre indicated the breed which evolved in the Upper Murray still has a lot to offer the Australian beef industry.

Speaking during the show, judge John Manchee, Yamburgan Shorthorns, Narrabri, said he and his associate Jess Murphy, Glenroy Murray Grey stud, Labertouche, Victoria, had a difficult but enjoyable time placing the cattle in their relevant classes.

“There is tremendous opportunity for buyers to acquire cattle with outstanding quality,” Mr Manchee said.

Mr Manchee said he really admired the bull for his length and balance.

“There was a lovely line of bulls, with good commercial traits, and I really admired this bull for his length and balance,” Mr Manchee said.

“He carries his muscling in a very efficient manner, and will do well in the paddock.”

Onward Eagle K36, was awarded the Supreme Led Exhibit when judged against the female entrant, and was later sold for $6000.

Champion Led Female was awarded to Errowanbang Biddy K38, who had come through the class 1st February 2014 to 31st June 2014.

Bred by John and Hilde Gerathy, and paraded by stud managers Garry and Anne Haines, Errowanbang Murray Grey stud, Carcoar, she had a month old calf, and they later sold for $4750.

Genetic packages met keen demand, with five of the six offered selling to top of $7000 and average of $3380.

The three year-old bull had been Senior and Grand Champion bull at the 2015 Adelaide Royal Show.