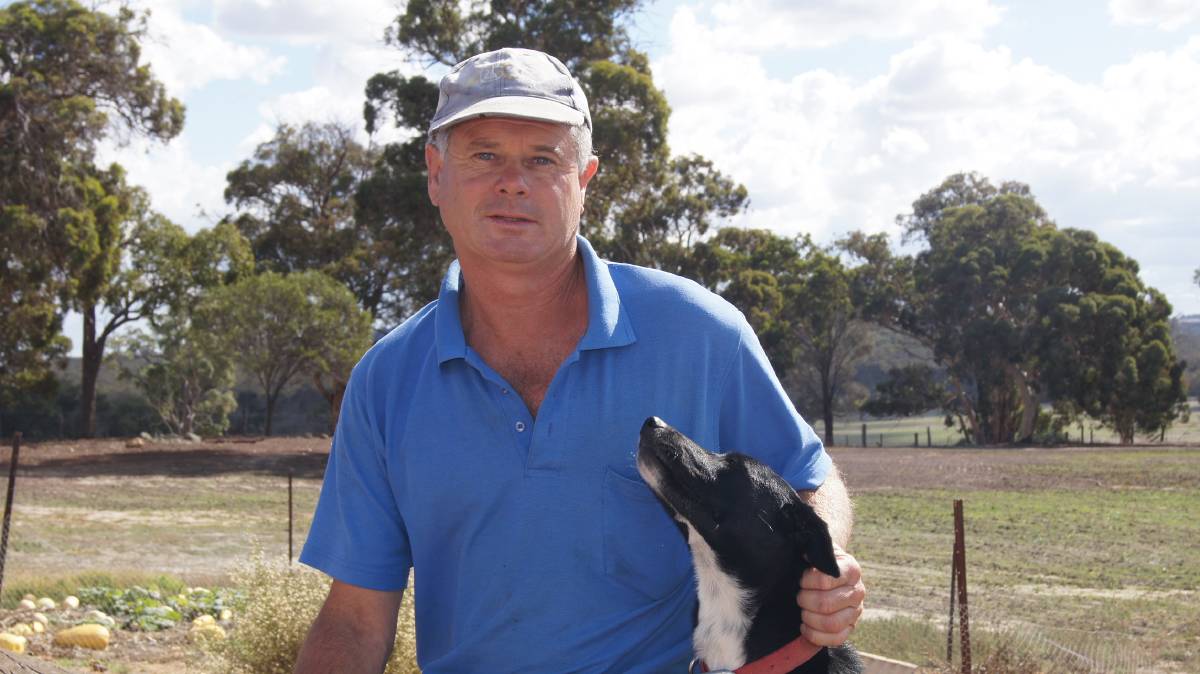 WA Kojonup farmer Mick Baxter won a landmark legal challenge on GM canola that highlighted the efficacy of the technology.

The NFF says State restrictions on GM crops contradict the view of federal safety regulators and should be removed, to help cut red tape costs.

THE National Farmers’ Federation has urged State governments to end fearmongering on Genetically Modified crops by removing duplicative bureaucratic legislation that contradicts the role of federal regulators, in assessing health and environmental safety.

The NFF’s submission to the Productivity Commission’s inquiry into regulatory burdens facing farm businesses has backed GMs in underlining demands for improved access to technologies and chemicals that bolster sector productivity.

The PC is undergoing a broad ranging and dedicated analysis of agricultural red tape limitations with a draft report due out by the end of next month and final version set for public release in August.

The investigation was committed to in the Coalition government’s $4 billion Agricultural Competitiveness White Paper and was announced last November by Agriculture and Water Resources Minister Barnaby Joyce and Treasurer Scott Morrison.

The White Paper said the current government wanted to reduce the economy’s red tape strangulation by $1 billion a year with the farm sector’s burden already slashed by $24.5 million in 2014.

The NFF’s 41-page submission said new technologies and improved use of available ones like biotechnology and GM crops had assisted Australian farmers to achieve efficiency and productivity gains which helped the sector remain competitive in international markets.

The peak farm body said it supported cutting unnecessary restrictions on the use of biotechnology by Australian farmers where the technology posed no health or environmental risk.

The submission said the current moratorium on the use of GM crops in SA was an example of “such unwarranted regulation in this regard”.

“With much of the science community expelling the fears surrounding GM crops, this moratorium acts solely to restrict the ability of farmers to choose their production means and methods and in doing so limits innovation and growth in the sector,” NFF said.

The NFF said it recognised the potential of biotechnology - including gene technology - as a valuable tool within agricultural production systems.

“The responsible and strategic application of biotechnology within Australian agriculture can result in significant benefits for Australian farmers, the environment, consumers and the Australian economy as a whole,” the submission said.

“Australian cotton growers, for example, have reduced their use of pesticides by over 90 percent over the last 10 years due to biotechnology and best management pest practices.”

GM cotton has been credited with improving environmental and production outcome sin NSW and Queensland for the past two decades.

Round-up resistant GM canola has been grown in WA, NSW and Victoria over the past seven or eight seasons but the SA and Tasmanian governments have continued long-running moratoriums.

The Harper competition review process also highlighted the contradiction of GM crops being banned by local laws in SA and Tasmania but can still be grown in other mainland jurisdictions.

“While the general intention of the regulatory restriction may be to serve other public policy purposes, such as health or safety, there can be a restriction on competition,” the draft report said.

The federal Gene Technology Regulator and Food Standards Australia New Zealand are responsible for assessing health and environmental risks of new GM crops and foods based on public concerns where public feedback is welcomed.

Licences for GM crops can only be issued once the regulatory agency is satisfied any risks can be managed to protect the health and safety of humans and the environment.

A landmark legal-test case involving allegations GM canola “contaminated” an organic farmer in WA was appealed to the High Court but eventually ruled in favour of the Kojonup GM farmer.

The extensive case judgment handed down in 2014 pointed to major flaws in the National Association of Sustainable Agriculture Australia’s organic certification processes in using a zero tolerance for GMs.

In a written dissenting judgment last year, Appeal Court Justice Carmel McLure said the trial judge made several unchallenged findings of fact in examining the evidence including that “GM canola is entirely benign, it not being in any way toxic, harmful or otherwise dangerous to humans, animals or land”.

Critics of the organic farmer’s challenge, to litigate the GM grower for an $85,000 damages claim from losing his organic certification in 2010 due to GM canola swathes landing on the Kojonup farm, also questioned why supporters raised close to $1m to support the claim using food safety as a core public campaign message – including high profile lawyers Slater & Gordon on a pro-bono basis – but did not provide an expert witness to testify in court, or provide admissible evidence, that the product was proven unsafe.

The WA parliament is currently looking to repeal legislation that prohibits GM crops being produced in the State, fearing the WA Labor party could win the next election and implement a policy to reinforce a ban, despite a steady increased uptake by farmers.

Federal Labor supports GM crops and the WA Liberals and Nationals have committed to repealing the local prohibition legislation declaring they support the technology being used by local producers, once federal regulators approve safety standards.

Introduced in 2003, the WA Crops Free Areas Act provides the State Agriculture Minister with powers to designate areas where GM crops can and can’t be grown and to destroy them or impose hefty fines for illegal production.

The Australian Greens apply a precautionary policy principle on GMs but leader Richard Di Natale has said he does not have a personal philosophical or “blanket objection” to genetic modification in agriculture, given his medical background.

However, he has said his party remained concerned about; commercial influences driving on-farm GM use and potential over-use of pesticides or herbicides; preserving farmer choice; ownership of intellectual property for specific GM seed products; and consumer labelling.

The NFF submission also suggested the PC or government undertake detailed case studies on Australian farms to investigate the regulatory burden imposed upon them.

“The farms should be representative of a range of production types, commodities and jurisdictions,” the submission said.

“Doing this will further facilitate the identification of regulations that present an excess and tangible imposition of the operation of farm business.”

The NFF said it understood the need for effective regulation that sets a minimum level of performance required, to meet community standards and expectations.

But it said it was important regulation was, “warranted, appropriately targeted, clearly communicated and restrictions are minimised as far as possible to avoid perverse outcomes”.

“In short, the benefits of regulation must outweigh the costs of doing so,” the submission said.