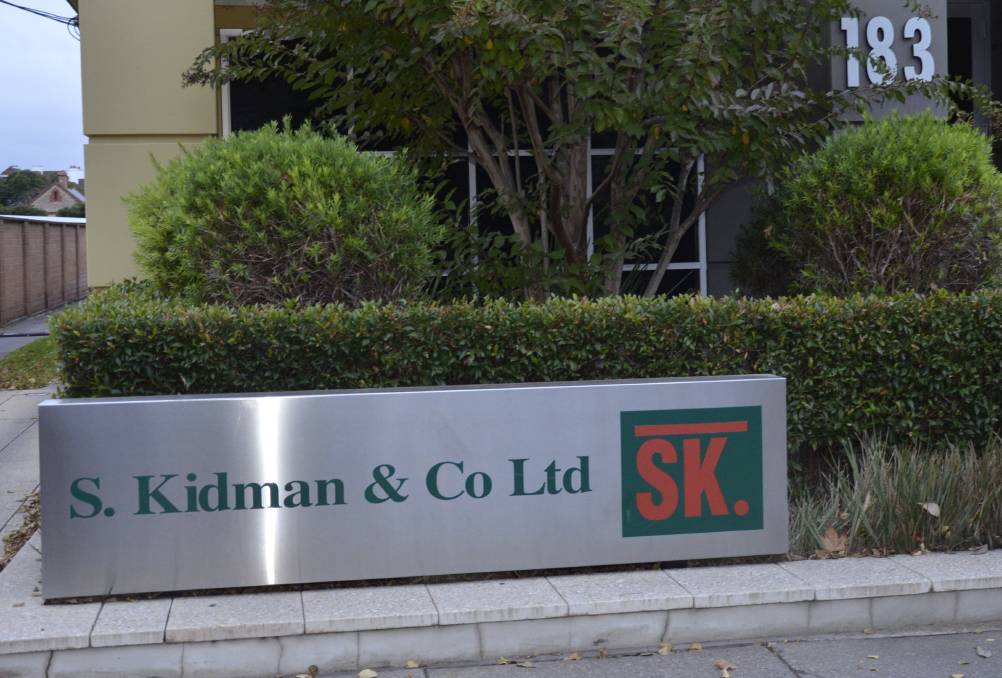 The S. Kidman and Company sale process has had more twists and turns than a snake in the spinifex,” says managing director, Greg Campbell.

S.Kidman and Company says it will be “months and months” before any new bid applications for its 11 million-hectare outback beef business are given serious consideration.

After being twice caught by Canberra’s foreign investment trip-wires, S.Kidman and Company says it will be “months and months” before any new bid applications for its 11 million-hectare outback beef business are given serious consideration.

While former rank outsider in the tussle to buy Kidman and Co, DomaCom, has enthusiastically confirmed it is pushing ahead with its bid to keep the pastoral estate Australian-owned, Kidman management is in no rush.

DomaCom, a managed investment trust property ownership business which raises funds via a crowdfunding platform, is looking to pay about $370m to match the failed bid for two thirds of the Kidman estate which Chinese-backed consortium Dakang Australia tried to acquire in April.

That deal was dissolved after Treasurer Scott Morrison expressed unease about insufficient Australian involvement in the bidding process.

“This sale process has had more twists and turns than a snake in the spinifex,” said Kidman managing director, Greg Campbell.

“We’re happy to let things quietly take their course for time being,”

At the moment Kidman was primarily focused on making the most of good rainfall and much-improved seasonal conditions on its famous Channel Country stations in western Queensland.

Up to 90 millimetres in the past month around “Durrie” and “Morney Plains” in Queensland and the huge South Australian spread, Anna Creek Station, had followed useful recordings across its portfolio in early autumn, setting the scene for “quite good prospects to build herd numbers”.

Kidman and Co runs an average capacity of 185,000 cattle - about 0.6pc of the total Australian herd - but numbers were culled back after dry seasonal conditions last year.

“In Queensland, especially on the sandier country, the season’s as good as it could ever be expected to look,” Mr Campbell said.

“We’ll use that opportunity to focus on getting every extra calf we can on the ground this year and simply let all the processes and due diligence associated with the sale take their course for as long as they take.

“The shareholders are still generally keen to find a buyer, but with seasonal and market conditions looking pretty solid they certainly aren’t rushing to sell.”

Ernst and Young (EY) managing partner and head of the Kidman transaction team, Don Manifold, said some talks had continued with previous sale front-runner Dakang and its 20pc Australian Rural Capital partner, plus other interested parties.

But no sale timeline or indicative bidder assessment period had been decided.

“We’re open to anybody to come forward, but we’ll be waiting for the end of the financial year before we really dust off the sale program again,” he said.

“We’re months and months away from making  any serious consideration of potential bidders.”

DomaCom, which wants to split Kidman’s land assets and sell the operating business, has teamed up with Queensland-based Lloyds Business Brokers with its fresh acquisition strategy.

DomaCom will continue to crowdfund the land purchase, having already attracted pledges worth about $75 million from 5500 small-scale investors, including existing beef producers.

Lloyds aims to find a buyer for the businesses.

The 120-year-old Kidman and Co business has cattle on 11 station properties and a feedlot, dotted across Queensland, the Northern Territory, South Australia and Western Australia.

Based on the reported Dakang-ARC acquisition price of $370m, DomaCom chief executive officer, Arthur Naoumidis, said his fresh offer valued the land at about $210m, and $160m for the Kidman businesses.

“As the federal government is clearly concerned about Kidman slipping into foreign ownership, we firmly believe there is a realistic opportunity to buy this massive pastoral holding locally,” he said.

“DomaCom’s campaign has demonstrated from the beginning there is genuine public interest in keeping Kidman in Australian hands, and ‘mum and dad’ investors want to have a stake in this country’s agricultural heritage.

“At a price of $210m, DomaCom investors would earn a gross rent of 3.9pc, plus capital growth, low volatility and the opportunity to hold the agricultural land in local hands.”

Although its previous eleventh-hour approach to EY and Kidman directors received a cold reception, DomaCom has now talked to the transaction team and gained access to sale documents.

“We can now go to potential investors armed with all the facts and figures,” Mr Naoumidis said.

He said separating ownership of the land and the business ensured Foreign Investment Review Board (FIRB) approval processes would be much less complicated than they had been to date.