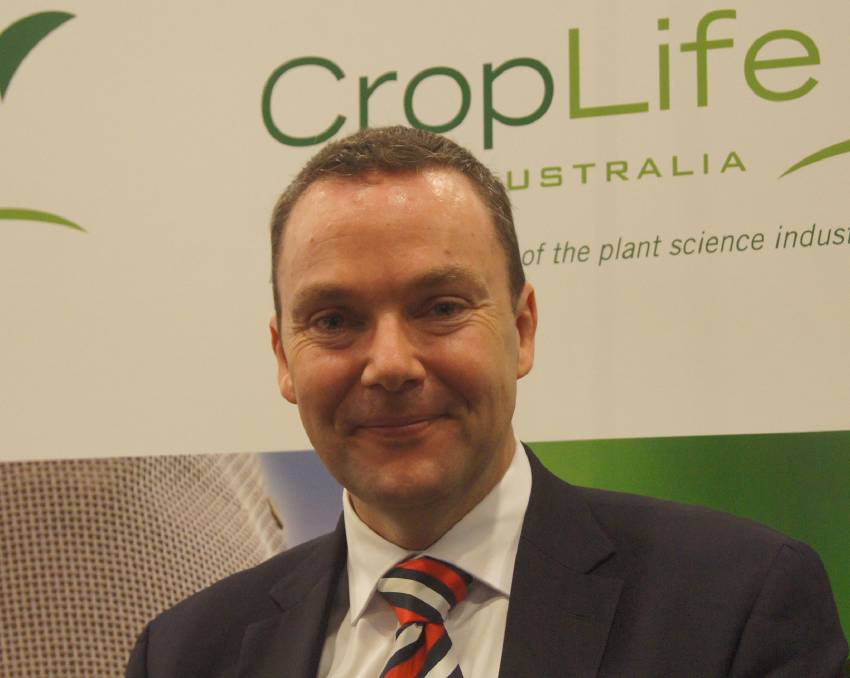 CropLife Australia CEO Matthew Cossey calling for the removal of State based restrictions on plant biotechnology.

An independent report released today by Graham Brookes of UK-based PG Economics says in the past 20-years, Australian cotton and canola farmers have gained $1.37b worth of extra income and produced an additional 226,000 tonnes of canola that would otherwise have not been produced, if conventional technology was used.

It also said GM crop technology has enabled Australian farmers to reduce their use of insecticides and herbicides by 22 million kilograms of active ingredient, equal to a 26 per cent improvement in the environmental impact associated with pesticide use on the two crops.

“This reduced use of pesticides has also resulted in a saving of nearly 27 million litres of fuel use and 71.5 million kilograms less carbon dioxide being released into the atmosphere,” it said.

The report said in 1996, 1.66 million hectares of crops containing GM traits were planted globally including 40,000 ha in Australia.

Of the $1.37b increased farm income, $1.14b is attributed to GM insect resistant cotton with the increase from GM herbicide tolerant canola was $98.9 million.

CropLife Australia said the 20 year record of success for GM crop cultivation in Australia was also confirmation that time was up for antiquated and entirely unnecessary state-based moratoria on GM crops.

“It is also evident that State-based moratoria on GM crop cultivation serve no purpose other than to stifle innovation and in some cases act as a political football for people who blatantly refuse to acknowledge the real-world benefits GM crops provide to farmers and the nation,” he said.

“GM cotton is credited as being the saviour of Australia’s cotton industry with Australian farmers among the first in the world to plant GM cotton seeds in 1996 and herbicide tolerant canola has been successfully grown in Australia since 2008 with almost 40pc of WA’s canola growers choosing GM crops.

“Many more farmers choose to grow GM canola as a rotation crop to help manage weed issues in other crops such as wheat and barley.

“It’s about time state policy settings are supportive of Australian farmers and their right to choose to reap the well-established benefits of GM crops.”

Mr Cossey said in the face of numerous benefits for GM crops in Australia, as shown in the report, “State-based moratoria just doesn’t make sense”.

“A truly productive and competitive agriculture sector that can sustainably contribute to food security challenges in a changing climate requires farmer access to modern farming technologies,” he said.

“Australian farmers deserve to have confidence in their choice of safe and approved crops and it is time that public policies for GM crops are based on facts and evidence, not political game-playing or ideologically driven scare campaigns.”

Last week, with the federal election in full swing leading into July 2, the National Farmers’ Federation demanded all sides of politics adopt policies that allow Australian farmers to be world leaders in innovation.

NFF President Brent Finlay said beyond improving digital connectivity and telecommunications in the regions, governments must also support continued agricultural innovation by progressing efforts to phase out of State-based moratoria on GM crops.

He said that would provide farmers with greater production choice and options to improve their productivity.

“Almost all of the cotton grown in Australia contains GM technology and is credited by the cotton industry as being crucial to drastically reducing chemical use, improving water management and enhancing the industry’s viability,” he said.

“Imagine the impact on rural economies and the environment had local farmers not been able to grow genetically enhanced cotton seeds for the past 20 years.”

Mr May said Australian farmers were among the first in the world to plant genetically enhanced cotton seeds in 1996, while herbicide tolerant canola was first grown in NSW and Victoria in 2008 and the country’s largest grain producing State, WA, followed in 2010.

“Growing consumer acceptance of GM technology and the need to sustainably improve food security in developing countries is driving the adoption of GM crops across our region,” he said.

“This trend was reinforced by China’s recent announcement that it intends to encourage a large increase in the development and planting of GM crops.

“This has allowed farmers in states on Australia’s east and west coasts that allow GM crops to be grown to benefit from the latest technology, as well as market their produce as ‘clean and green’ in international markets.”