The debate on quad bike safety continues with some states backing crush protection devices while others promote safe use and education. 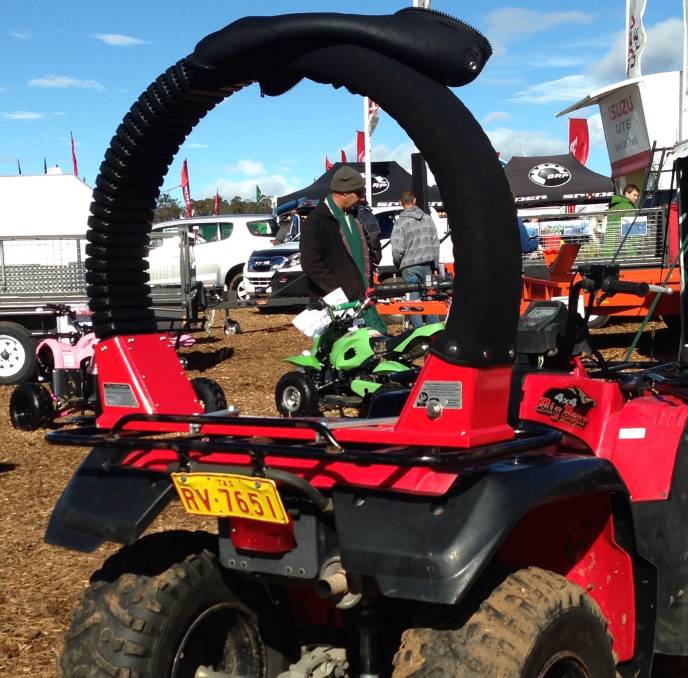 The quad bike Crush Protection Device debate continues with states taking a varying approach to fitment and the manufacturers continuing their resistance.

With Victoria pushing the debate on farm quad bike safety with a mandate recognising crush protection devices (CPDs), and NSW upping the ante dangling a rebate program, there are no similar moves expected in other states.

While the damning statistics and massive population of quad bikes on-farm suggests more needs to be done, South Australia, Queensland and Western Australia say they are not actively exploring the devices.

Leading manufacturers (Polaris, Kawasaki, Honda, Suzuki and Yamaha) continue to challenge the efficacy of CPDs, instead promoting better rider training and helmet use.

SafeWork NSW notes, however, that it expects “the preliminary findings of the UNSW study will support the use of OPDs”.

There are also calls by states, including Victoria, to develop an Australian standard for the devices.

Spokesman Mark Collins said they were the most effective safety move.

“We know that there’s a greater than 60 per cent improvement in safety that comes with people wearing helmets,’’ he said. “But less than a quarter of people wear them.

“We don’t see a lot of push or enforcement or endorsement in that area.”

He said that the FCAI presented the data in comparison with crush protection devices which he said have a greater risk to benefit ratio than helmets.

“You are recommending something [crush protection devices] that you don’t know if it’s going to be effective,” Mr Collins said.

“In some cases in might be, in others it may not be, but we know in the case of a helmet they are very effective.”

With 22 fatalities in 2015 – half of them workplace-related and more than half the result of rollovers, Queensland, Western Australia and South Australia say their quad safety strategies are around safety messaging.

Underlining the lack of clarity on CPDs, Queensland’s WorkSafe authority said the NSW rebate wouldn’t actually be available until the TARS study was complete.

However, WorkSafe NSW made it clear that the rebate – which is set to be launched later this month – would not be subject to the outcome of the study.

Queensland also highlighted WorkSafe Victoria’s mandate explaining that “crush protection devices won’t be specifically mandated in Victoria, rather they will be recognised as a control measure”.

Queensland’s position is that quad bike users should sort out for themselves “if a crush protection device is appropriate”.

It says CPDs remain under consideration until further testing and its focus is on reducing quad deaths via a “Ride Ready” safety campaign supported by other initiatives.”

WorkSafe WA commissioner Lex McCulloch said that quad bike safety was an active topic but “mandating or rebating fitment of CPDs was not on the agenda”.

Mr McCulloch said it was a workplace safety issue.

“An employer’s duty of care requires that risk assessments are undertaken for work tasks and – if an employer believes that the use of CPDs will fulfil their duty of care to provide a safe workplace – then they are at liberty to use them,” he said.

He said owners should check if a quad is the best vehicle for the task, and ensure proper training, maintenance and personal protective equipment – particularly helmets – were used.

In South Australia there has not been a quad bike death registered since 2012.

South Australia’s Safe Work authority said that CPDs weren’t on the agenda but it would continue work with farmers and, particularly, Primary Producers SA around matters of safety.

A spokesman said its policy was based on Safe Work Australia’s position and the national body provided materials to understand and manage the risks, and they cited a general guide for managing machinery risks on the farm.

In Tasmania a coronial inquest into deaths on quad bikes between 2012 and December 2015 is the main play.

There’s also a $40 million compensation claim in the state’s courts. This follows an accident on a quad which had no rear brakes and no training or helmet provided which left a British worker paraplegic.

But some companies are taking the initiative with Tasmania's Van Diemen's Land dairy-fitting Lifeguard CPDs saying the devices provided benefit and were “an important part of managing the risk of quad bikes”.

If an employer believes the use of CPDs will fulfil their duty of care to provide a safe workplace then they're at liberty to use them. - Lex McCulloch, WorkSafe WA commissioner