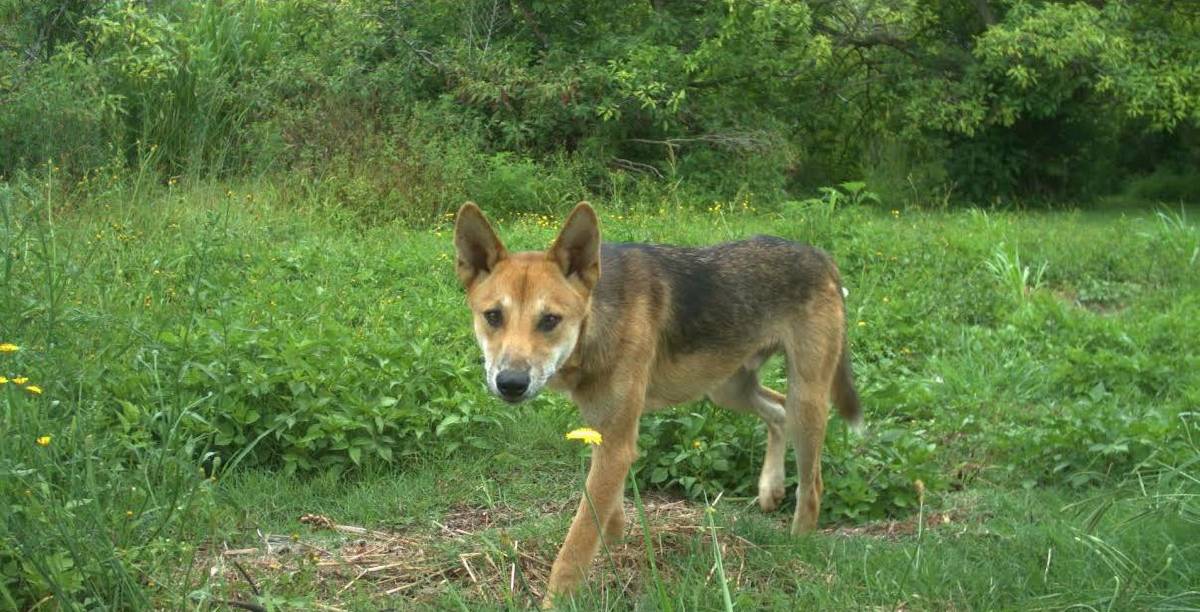 THE eagles circling above Chris Kemp’s farm tell him something isn’t right.

Roaming packs of wild dogs and the wedge-tailed eagles that trail them have killed 700 sheep on Mr Kemp’s property near Merriwa, he says, in the past several months.

“They go around in packs, and singly. We’ve had them come right up to the house and the garden fence.”

The sheep and cattle farm lies about eight kilometres north of the Goulburn River National Park, where Mr Kemp believes many of the dogs are living in numbers not seen in the district since the 1970s.

The dogs “pull the wedge-tails out” from deep inside the park, Mr Kemp says, a claim that some in the National Parks and Wildlife Service harbour doubts about.

What is undisputed is that an unusually large number of eagles has started preying on Mr Kemp’s lambs and even the adult sheep.

“Sometimes they’ll land on them and kill them with their big claws and eat them on the spot,” he said.

“We’ve seen them attacking healthy, fully-grown sheep. Something’s out of balance. A couple of months ago we had 30 wedge-tails operating on one mob of ewes and lambs, which they make fast work of.”

The farmer believes the current generation of wild dogs is too cunning to be culled solely with poison bait.

Some of the older dogs that haunt his 3000 acres are suspected veterans of several baiting campaigns and, having seen other dogs die, refuse to take the bait. Shooting at a dog and missing carries the risk of making it wary of humans, and reducing another farmer’s chance of shooting it later.

Mr Kemp lauded the success of a trapping program carried out in March in co-operation with Local Land Services NSW that resulted in 16 dogs being caught.

“The management of the [national] park have been relying on baiting, which is great for killing off young dogs, but it teaches the older ones that have lived through 10, 20 baiting programs to teach the young dogs not to take the bait,” Mr Kemp said.

“But they won’t admit to themselves that they have a population of dogs that won’t take baits.”

Mr Kemp finds some of his sheep mauled and bloodied. Others simply disappear.

With each lamb potentially worth $150 at auction, the dogs are also bleeding Mr Kemp of his livelihood.

The slaughter of 700 sheep represents the loss of about 30 per cent of his flock.

But baiting with substances such as the pesticide 1080 will remain the cornerstone of authorities’ response to wild dogs.

“Sure, there are dogs that aren’t susceptible to taking bait. But you’re not going to get any control method that’s going to cover such a wide area with so few man hours. Trapping is a secondary means of control.”

Local Land Services ran a campaign during the dogs’ autumn breeding season to promote a message that they are pests and everyone’s responsibility to mitigate.

Rangers consulted with farmers and landholders to carry out baiting, remote camera surveillance and trapping schemes, including the one praised by Mr Kemp.

Mr Booth said understanding the subtleties of the dogs’ pack dynamics would be key to reducing the number of farm animals killed.

“The only way you can have real success and control over their numbers is to do large-scale, integrated control where they live, whether they’re in timbered parks or whatever it might be.”

Despite the dogs’ anecdotal resurgence, Local Land Services insists the tide is turning.

The body points to a 20 per cent increase in the number of land holdings participating in wild dog baiting programs statewide since 2013.

“We now have more than 65 coordinated groups involved in our campaign covering nearly 420 properties and 265,000 hectares of land, and this coverage represents an important shift in our ability to control the wild dog population,” Local Land Services’ Dean Chamberlain said.

For Mr Kemp and his farm, the end of winter looms as a bloody time.

The lambs of spring will be born as a generation of dogs reaches adolescence. The race to protect the flock has seldom been more urgent.