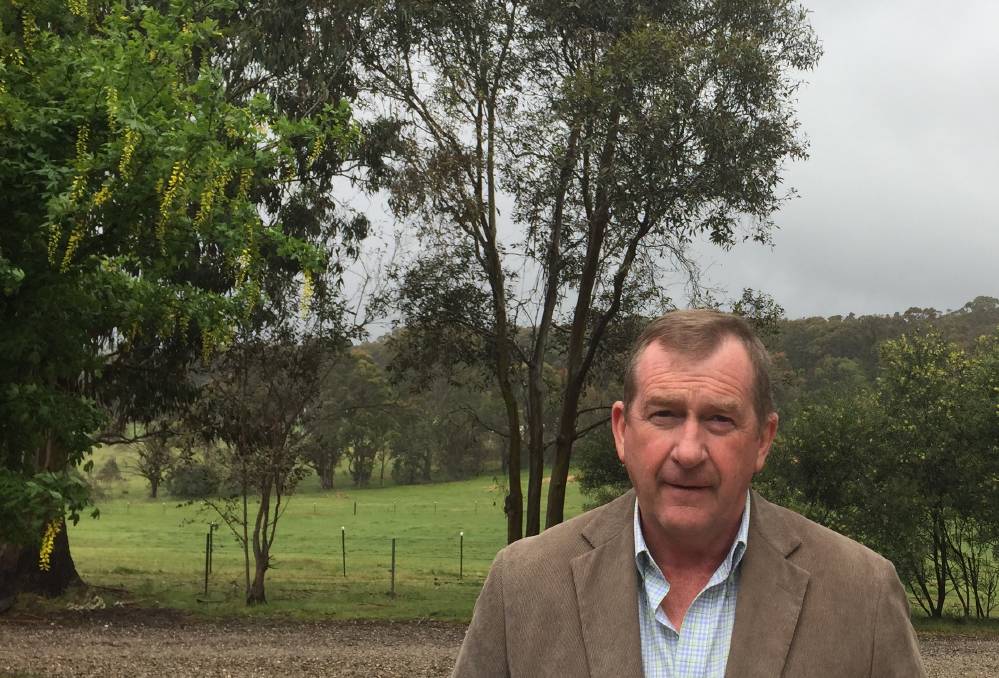 Australian Farmland Index co-ordinator, Frank Delahunty, expects the new performance index to cover farms worth a total of about $1.5 billion within 12 months.

A newly launched index of the profitability of Australian farming investments has jumped to 23.9 per cent jump for the June quarter.

A newly launched index of the profitability of Australian farming investments has jumped to 23.9 per cent jump for the June quarter.

The Australian Farmland Index’s annualised performance result was up markedly from 16pc in March and 12.4pc last December.

Much of that overall rise was due to a leap in the value of capital investments on the 48 fund-managed properties monitored by the not-for-profit index service, particularly beef cattle, water and land valuations.

The capital appreciation figure shot up from 4.6pc in December to 14.7pc in June.

Farm incomes have increased from 7.5pc in December to 8.3pc at the end of last financial year.

Based on a similar index in the US, the service has been established by former fund manager Frank Delahunty, whose agricultural investment background has included building the Sustainable Agriculture Fund (SAF) and Warakirri Agricultural Trust’s property estate and running Warakirri’s management business Direct Investment Rural Trust (DIRT).

The service uses independently audited income and capital results to provide quarterly measure of agricultural investment property performance just as the daily stock market’s results are monitored by the All Ordinaries Index.

In the US the National Council of Real Estate Investment Fiduciaries (NCREIF) has been operating the same sort of investment property index since 1990 when it started keeping tabs on 197 farms worth $336m and now has 729 holdings worth $7.8 billion on its books.

By way of a comparison with the Australian market, the US farmland index, which uses the same performance modelling formula, has just reported a quarterly index result of 8.6pc for the three months to September, with permanent horticultural crop operations (orchards) leading at 13.1pc.

The Australian indices for the September quarterly will be released late this month.

Mr Delahunty suspected the June quarter’s strength was unlikely to be maintained in September given end of financial year asset revaluations had probably driven the index more than other quarters, however a steady positive trend was typical of agricultural performance.

“In 30 years I’ve only seen agriculture dip into negative twice, whereas the equities market anticipates a loss cycle every six or seven years,” he said.

Mr Delahunty noted the NCREIF index attracted a close following in the US, reflecting the value the northern hemisphere investment sector placed on agriculture.

This decade had seen a rapid growth in the number of properties registered on the US index.

More fund managers are being recruited to contribute data.

Mr Delahunty expected the index to cover a total farmland value of between $1.2b and $1.5b within 12 months.

He said the lack of prompt headline data about Australian share market listed or public fund managed agricultural operations was considered a significant reason for the feeble level of institutional investment in agriculture here, particularly by the huge superannuation industry.

Just 0.3pc of the $1.2 trillion held in Australian superannuation funds is invested in agricultural businesses.

Mr Delahunty said the only alternative public measure of farm performance was the Australian Bureau of Agriculture and Resource Economics and Sciences (ABARES) data released annually in March – nine months after the end of the previous financial year and 18 months after the first quarter of that fiscal year.

“The farmland index gives the investment sector an indication of what ag’s been up to just four months after the end of the financial year, then annualised updates every quarter after that,” he said.

“We’re trying to make sure the ag investment sector can be understood in the same way as every other professional institutional investment class.”

The Australian Farmland Index does not monitor the profitability performance of family or private farming operations because these are not independently audited quarterly and are generally not open to outside investment.

While NCREIF’s Chicago office will handle and process the Australian data anonymously, the farmland index has management backup support from the CBRE Agribusiness property marketing and advisory network, plus subscriber support from banks and other real estate names.

Mr Delahunty said more banks, land valuation businesses, universities and other potential supporters were being urged to sign up to give the industry service the momentum it needed to promote investment understanding and confidence in the sector.

AFI executive director Mick Keogh believed the regular index would encourage investors to include agriculture as “an important component of a balanced investment portfolio”.

In fact, an AFI report recently recommended better monitoring of farm performance at the investor level as being a key to promoting funding alternatives to debt to pay for Australian farming’s future expansion.

First State Super’s head of fixed income and real assets, Damien Webb said his institution was encouraged by the index’ ability to help bring transparency to the ag sector’s performance.