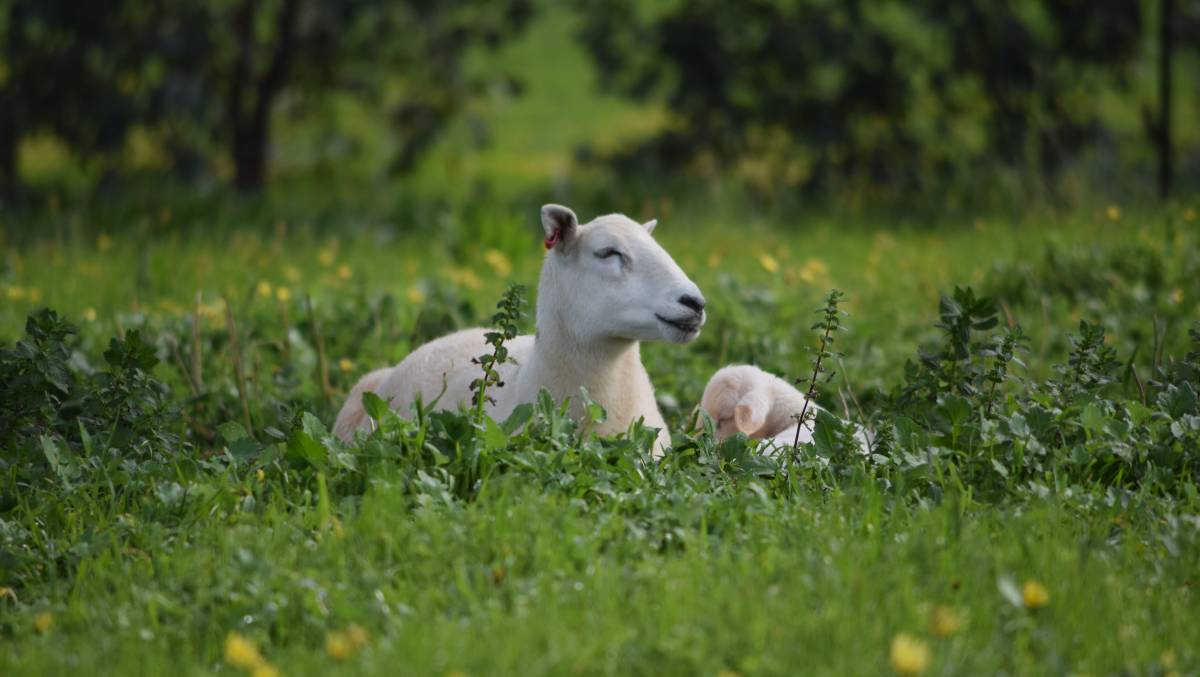 The Kelly's began breeding Wiltipoll sheep in January 2016 and have since grown their commercial flock to 57 breeding ewes.

A couple of self-proclaimed newbie’s to the Wilitpoll sheep breed believe they have found the ideal animal, especially because of their ability to adapt to holistic on-farm management.

A couple of self-proclaimed newbie’s to the Wilitpoll sheep breed believe they have found the ideal animal, especially because of their ability to adapt to holistic on-farm management.

Paul and Valerie Kelly, “Ruby May”, Parkes, brought a 48 hectare property in 2014 which has been completely free of chemical use for more than 40 years. After many months of research, the Kelly’s concluded that the Wiltipoll breed would suit their aim to create an environment of which animals, the land and people can live in harmony.

Beginning their breeding program in January 2016, the Kelly’s began with one stud ram and five stud ewes, before slowly increasing their commercial operation to 57 breeding ewes.

“We didn’t want woolly sheep due to our work commitments – the Wiltipoll is a very easy to care for sheep, with no lice, no grass seeds, no mulesing, no fly strike, and the tails don’t have to be docked,” Ms Kelly said.

“As mothers they are extremely protective, have an abundance of milk and the bonus is their energy is channelled towards meat and milk, rather than wool,” she said.

Paul Kelly had a former life along side a Merino sheep enterprise however he opted for the Wiltipoll breed because of his interest in the prime lamb market.

“I  have always been interested in the fat lamb market and the Merino don’t really hit those markets unless you cross them,” Mr Kelly said. Although still in the early stages of building the commercial flock, the Kelly’s will attempt to target the prime lamb market and sell through the sale yards or on-farm.

“We are still purchasing ewes and building the commercial side,” Mr Kelly said. Aiming to produce a full bodied and muscled lamb with sound feet, the August born lamb is weaned at four months of age onto native and introduced pastures for three months, until they reach a 50 kilogram live weight.

The Kelly’s are recording 120 per cent lambing percentages and are frequently lambing twins and on one occasion triplets.

“I think we are achieving the lambing percentages through good nutrition and just having calm sheep, there’s no stress on them at all,” Mr Kelly said.

Looking to reach about 200 head of breeders in the future, the newcomers recommend the Wiltipoll breed to those wishing to enter the sheep industry and own an easy care breed, that have all the benefits without the constant handling.

A keen eye and attention to detail are some the vital keys to operating a rotational grazing system while abiding to the process of holistic land management.

Paul and Valerie Kelly, “Ruby May”, Parkes, operate  their Wiltipoll flock on native and introduced pastures without the use of chemicals and following a permaculture rotational grazing system.

With an aim to always maintain at least 75 per cent vegetation, the Kelly’s follow a rotational cell grazing system, which has resulted in no need for supplement feeding.

They operate 20 grazing cells which are rotated and often not returned to for up to 90 days, to stimulate new grass growth.

“While the grass is growing you have the sheep on there for a certain amount of time and then you calculate how long to keep them there - then you don’t over graze the grass and it keeps growing,” he said.

“Their excrement adds fertilizer and moisture to the soil – that breaks down the vegetable matter and builds soil, which brings up seeds and grows grass.”