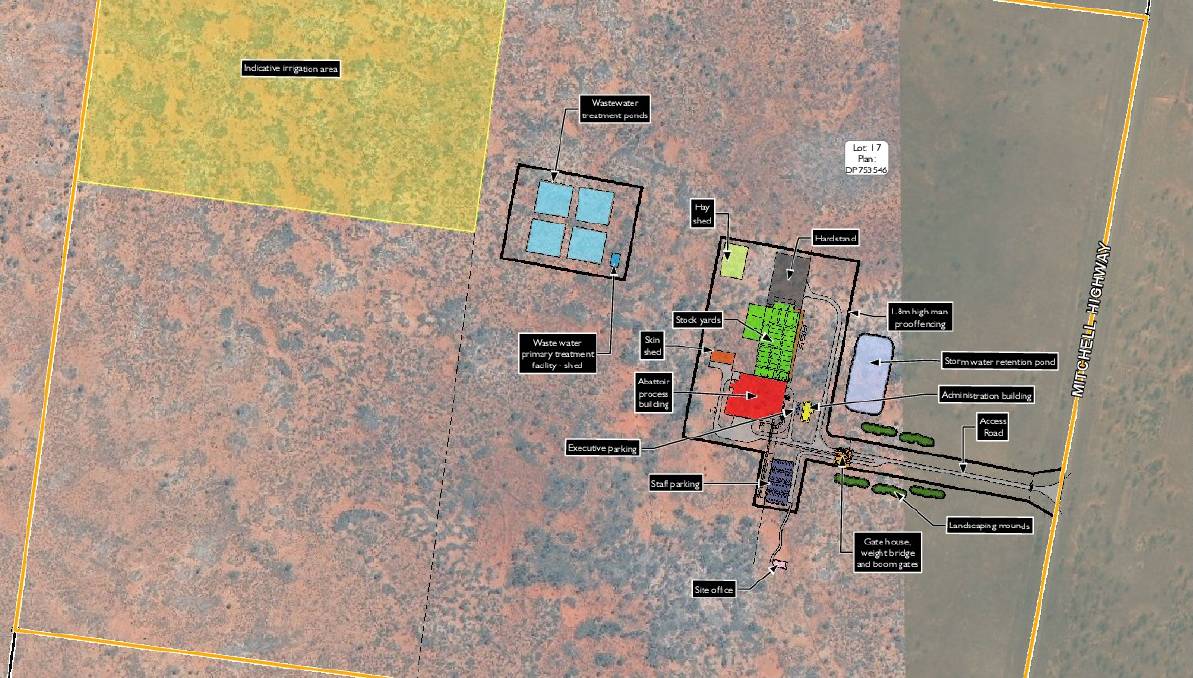 The planned layout of the new abattoir at Bourke. The $61 million project by Capra Developments has been approved.

Construction certificates are being finalised to allow the Bourke Small Stock Abattoir construction to begin in the new year.

ALL stops are out for a start to construction of the Bourke Small Stock Abattoir early next year which, when fully operational, has the potential to almost double the value of goat exports from Australia.

Development consent for the $61 million project by Capra Developments has been approved and is now in the construction certificate phase, according to the project’s spokesman and advisor, JPA Business managing director James Price.

Capra Developments is made up of partners that have a depth of meat industry experience in both export markets processing operations and supply.

Mr Price said the partners, whom he declined to name, had joined forces to pool their experience for what was effectively a “greenfields opportunity” at Bourke.

“We have been working with the Department of Planning and Environment for more than 12 months and recently gained consent approval for the project which was a major milestone for us,” Mr Price said.

“Another milestone was acquiring the land on the Mitchell Highway about 14 kilometres north of Bourke.

“We are now working through a number of final issues with a view to start construction in the new year.”

Mr Price said animal throughput would be up to 6000 slaughtered a day.

“However, once operational it will take some time to build to that level,” he said.

But it will be sheep and goat producers and goat harvesters in western and far-western regions who are going to benefit.

“The abattoir will be a useful outlet for these people, who up until now have to rely on meat exporters slaughtering in Queensland, South Australia and Victoria.”

Capra Developments see a major opportunity for international markets for goat meat, one of the most widely consumed meats in the world.

“There is a significant supply and we feel this business will add strength to the market for Bourke farmers in terms of another significant avenue and pathway to export. The major priority is to capture the goat meat demand in the international market which we see as quite significant.”