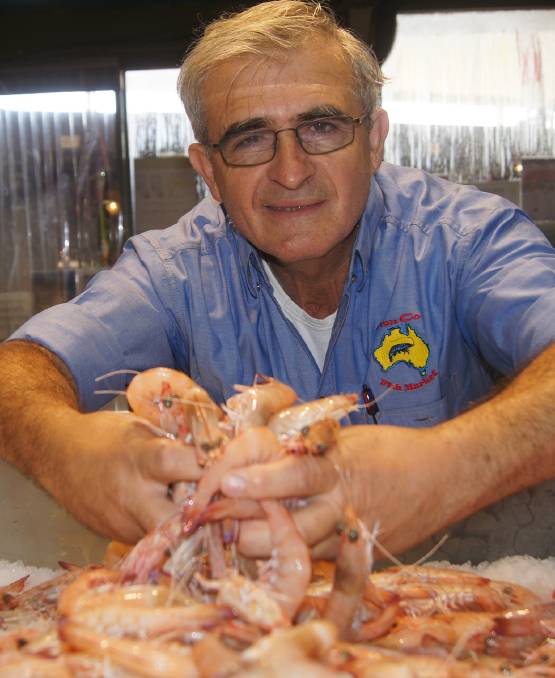 Prawn farmers have welcomed last week’s sudden suspension on green prawn imports by Agriculture Minister Barnaby Joyce, but as the industry adjusts, many question whether it was an overdue call.

Mr Joyce intervened on the market last week to contain a devastating outbreak of white spot disease that’s been detected on prawn farms in Queensland’s Logan and Albert River region.

Australian Prawn Farmers Association (APFA) president Matt West was pleased by the government’s decision, but he said the core question was whether or not it was a case of “too little too late”.

He said there was a “hell of a lot of devastation” on the impacted prawn farms in Queensland’s Gold Coast region and the ban doesn’t help their cause at all.

“We’re not in a position where we’re stating that raw imported prawns are exactly where this disease has come from,” he said.  “It’s unknown at this stage whether or not it has come from there - it’s just one of the many risk pathways.

“But what I will say though, is we as an industry have been flagging that this is a potential risk pathway for many years and in our view it’s about time the federal government actually looked into it more seriously.”

Mr West said the APFA would investigate potential support measures to help fellow prawn farmers in the light of the recent outbreak, but dismissed suggestions legal action was being pursued to recover industry losses.

”Immediate assistance is one thing but we all want a future,” he said. “A third of our industry has just been destroyed through chlorination - that’s just the value of the product - but over 100 families have been affected by this and they’re scratching their heads wondering if they have jobs – this is just heartbreaking.”

With the national prawn industry valued at about $360 million, Mr West said the disease outbreak’s cost to prawn farmers in the impacted area could be about $25m, this year alone. He supported the ban that his industry had been long calling for, to help protect Australia’s clean and green reputation as a food exporter.

Mr Joyce says the disease isn’t dangerous to humans but is “very deadly to prawns” and imposed the ban to prevent the biosecurity threat spreading via raw prawns sold in retail outlets and potentially entering waterways if used as fish bait.

The suspension has, however, altered the local market dynamics which could see prices triple in retail seafood stores in coming months.

Managing director of FishCo Fish Market in Canberra, John Fragopoulos, said the government’s suspension, which he opposed, created a catch-22 scenario. He said the public would suffer because the ban had the potential to force retail prices to double and even triple in weeks ahead, due to an altered supply and demand scenario.

Customers at his various wholesale and retail outlets in Canberra were already coming in and buying-up raw green prawns due to a fear stock would disappear. Mr Fragopoulos assured customers stocks would remain available, but prices would surge due to tighter supply caused by the market’s loss of imported product from countries like Thailand, China, Indonesia, Taiwan, Vietnam and India.

Mr Fragopoulos said the current retail price for imported raw green prawns - medium to large size - was $20 to $25 a kilogram and a similar sized, locally-produced product was sold at just over $30/kg.

“The ban is good for local prawn farmers as it creates a type of monopoly supplier situation, but the imports also add important supply and competition to the market, which keeps the local prices down and makes the product more accessible to a broader range of consumers,” he said.

Mr Fragopoulos said white spot disease was already in Australia and he doubted it could ever be fully eradicated, but  he felt the Australian Quarantine and Inspection Service (AQIS) should “vigorously attempt to try and restrict it”. He said AQIS needed to apply more aggressive testing regimes like enforcing strict product testing on exporters and governments in the countries of origin and improve screening standards upon arrival in Australia.

AQIS only tests one in 20 consignments of raw imported prawns and that sample is selected randomly, which is an unreliable and risky method, he said.