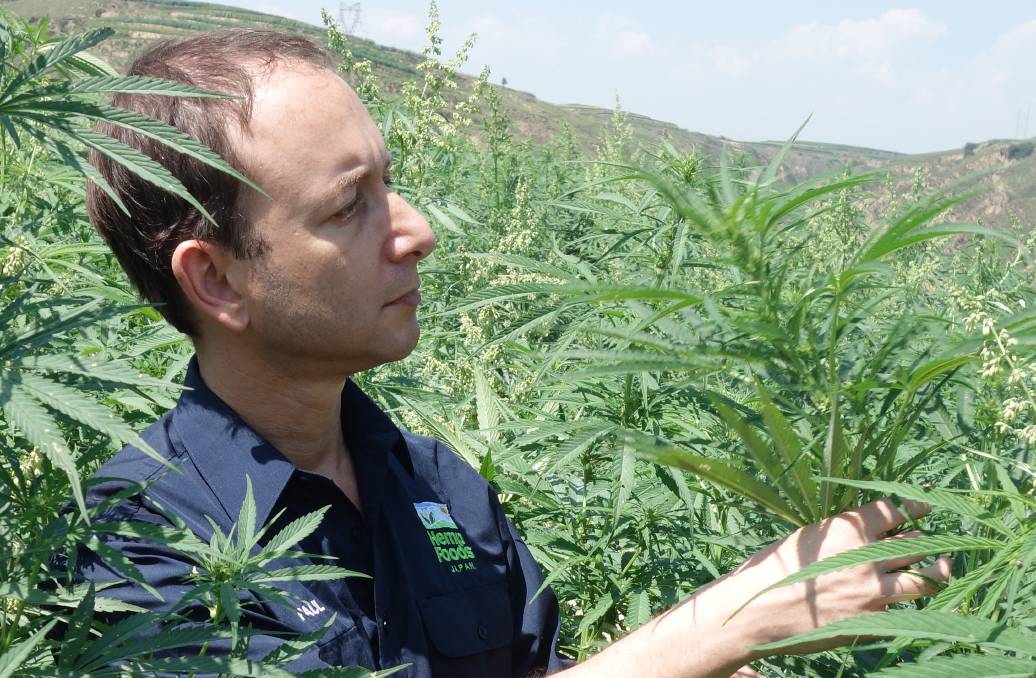 Hemp Foods Australia chief executive officer Paul Benhaim said an approval for hemp as a food product in Australia would be a big boost for the industry.

Hemp will come under the focus of regulators in April.

A 16-YEAR effort to have hemp approved for human consumption is reaching its final hurdle, with the food and fibre crop to come under the focus of regulators in April.

Legislation changes are due to go before the Australia and New Zealand Ministerial Forum on Food Regulation this year, when the Council of Australian Governments (COAG) meets.

An approval would see a significant boost to the domestic hemp industry, according to Hemp Foods Australia chief executive officer Paul Benhaim.

The business, the largest manufacturer of hemp seeds and hemp food products in the southern hemisphere, exports hemp products to the growing markets of Asia and North America.

It’s currently legal to grow, manufacturer and export hemp food products, but is only legal for distribution in Australia as a fibre or in cosmetics.

“The biggest market for hemp is the food market, and once we’ve got approval when can encourage more farmers to grow hemp,” Mr Benhaim said.

Hemp could be a versatile opportunity crop, growing for 100 to 120 days from Tasmania up to north Queensland.

Mr Benhaim expects more growers to come on board as the approval allows for growth in the industry.

About 400 hectares was grown across the eastern states last year.

“We’ll be able to give farmers a dual use income, by buying the fibre from them and the seeds, so there’s two products from this niche industry,” he said.

“The changes will allow us to increase acreage across the country. Because it can grow in various soil conditions and needs minimal moisture, we believe Australia has the potential to be a true global leader.”

“We support farmers through that transition into organic agriculture. Our goal is to be the world’s largest provider of certified organic hemp grain.”

“The seeds contain 50 to 75 per cent more protein than chia or flax and hemp also contains more omega oils than any other food.

“The seeds are very versatile. You can eat them as a snack or use them in recipes.”

The business is also looking to set up production sites to process the fibre.

“We’re looking at the building industry and bioplastics made from hemp. In Europe, the biggest market for hemp as a fibre is the automotive industry.”

A versatile crop for most soil types

AFTER growing two successful trial crops Victorian farmer Harry Youngman has set his sights on a much bigger hemp area.

“The market is very much, in the first instance, for seed production, but we’d like to set up a business that will look at the hurd, which comes from the stalk – it’s used for biodegradable plastics – and fibre aspects of it as well,” Mr Youngman said.

“We see a lot of potential in the industry – we just need to master growing hemp.”

The short growing period is a big advantage, fitting in between Mr Youngman’s winter cereals and summer crops.

Hemp can be grown in most soils, and everything is done using conventional machinery.

“We intend to grow under irrigation. Depending on your soils and how reliable rainfall is, using irrigation will de-risk it and give you more tolerance to different soil types.

“We harvest using a normal header, then windrow, dry and bale to stalk. The only difficulty is the regulatory requirements which is really just police checks, that can take up to two months.”