New records were set for F1 females at Wodonga, Wednesday, in a combined agents sale that produced a small yarding of 649 head, plus calves.

A preference of Angus-Friesian and Hereford Friesian cross females may be considered to be waning. This year’s F1 female sale was smaller, which can be partly attributed to the poor price for prime European cross vealers in 2015 and early 2016.

These F1 females take time, care and money to get to the stage of having a calf, and the return price for vealers back then saw some farmers opting out of this enterprise. However, there is still light at the end of the tunnel.

Well noted for setting the top price is Gino and Rita Mizi, Genrik Park, Goorambat, and they gained the top spot again this year. Gino and Rita, live with their heifers, especially during calving.

The effort they put into their cattle is rewarded at sale time with repeat buyers setting the pace.

Paul and Vicki Hourigan, Everton, are another regular seller at this sale, and they sold some excellent quality Angus-Hereford heifers and calves from $2690-$3000, av $2852.

It is fair to say that the supply of F1 females has fallen away over the past few years, and with some of the regular sellers of F1’s going out of dairying, supply could remain low into the future.

Competition matched the supply, but potential buyers, mostly from local districts, bid well for the best quality, known cattle, but demand waned for later calving and younger heifers. Prices varied between $2100 & $3125 for calved heifers, and $1860-$2325 for calved cows.

A top price of $2510 was paid for nine Angus-Friesian heifers, 2.5 years, incalf to a Limousin bull.

These were part of a consignment from Ingledale Holdings who sold 19 head from $1960 to the top price.

The further away from calving the less competition. WM&LN Stafford, Benalla, sold 22 heifers, commencing calving in May, which sold from $1900-$2050. 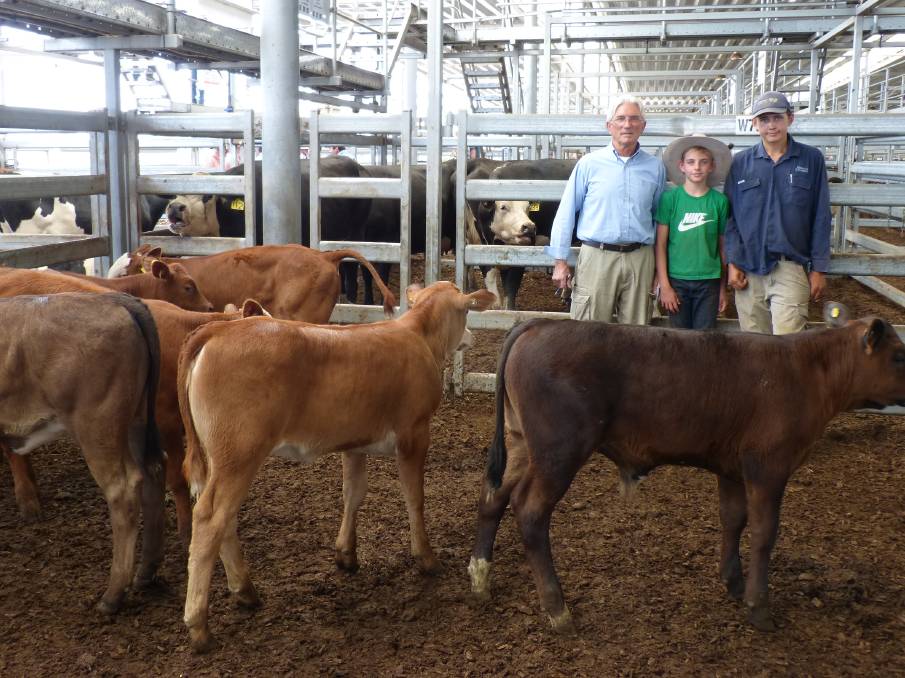 Gino Mizi, Genrik Park, Goorambat, shows off some of his calves from some of his heifers, aided by work experience trainee, Josh Hewitt, and Harrison Askew. 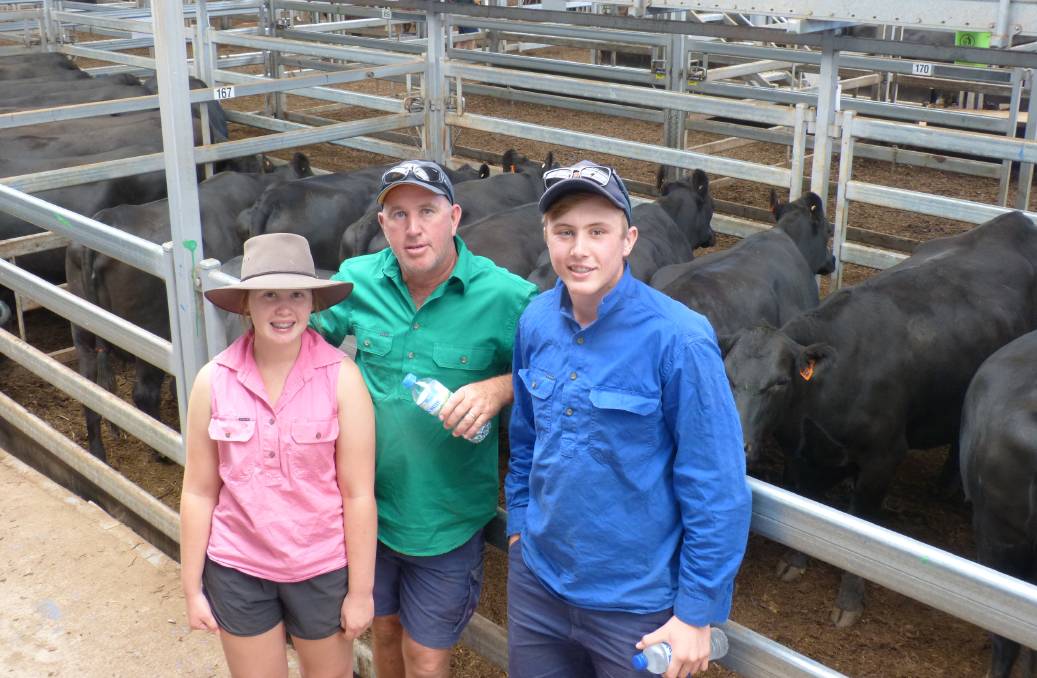 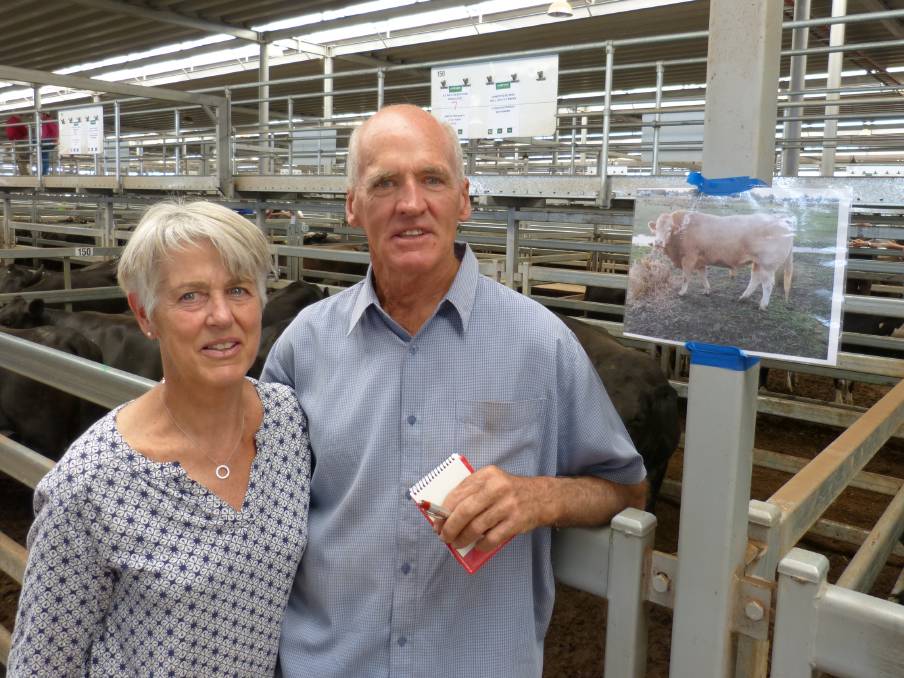 Bill and Louise Stafford farm at Benalla. They offered Angus-Friesian heifers, 2.5 years, PTIC to this Blonde D'Aquataine bull. Their heifers sold from $1950-$2050. 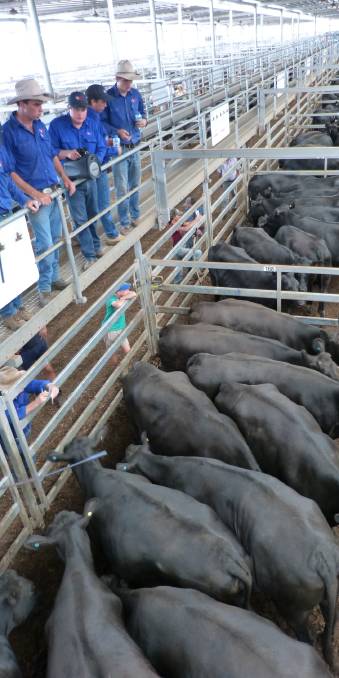 The Corcoran Parker selling team auctioning some of the Angus-Friesian heifers P&V Hourigan sold at Wodonga in the F1 female sale, last Wednesday from to $3000. 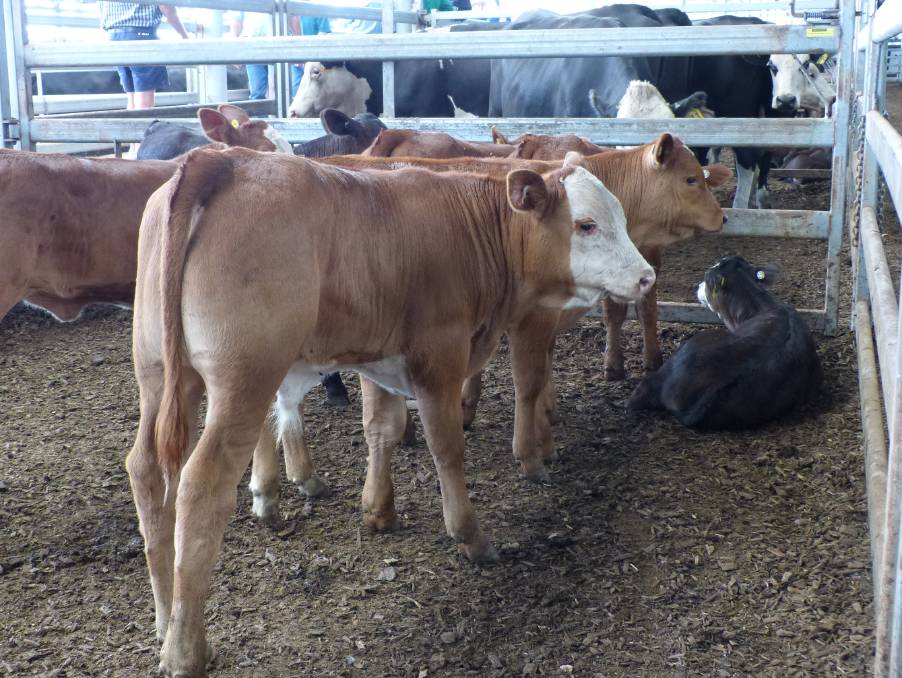 This what it is all about at the Wodonga F1 female sale, last Wednesday. Producers work hard to rear F1 heifers to join mostly to Limousin bulls. This is the result.