Competitive bidding for new Angus genetics amidst thunder, lightening and a torrential downpour that saturated the Elders team made for an entertaining Sydney Angus Bull and Female sale at the Royal show on Sunday night.

Six embryo packages sold to an average of $1300 and two lots of semen averaged $150 per straw.

Helma and Henk Van Den Heuvel, Greendale, again showed their interest in Ireland Angus progeny with their top sale purchase of Irelands Eclypta L327, unjoined, for $29,000. Mr Van Den Heuvel said he will use the rare Rawburn Boss Hogg daughter, out of VicB8 Irelands Eclypta B8 to complement his small quality herd with the intention of selling embryos on the international market. 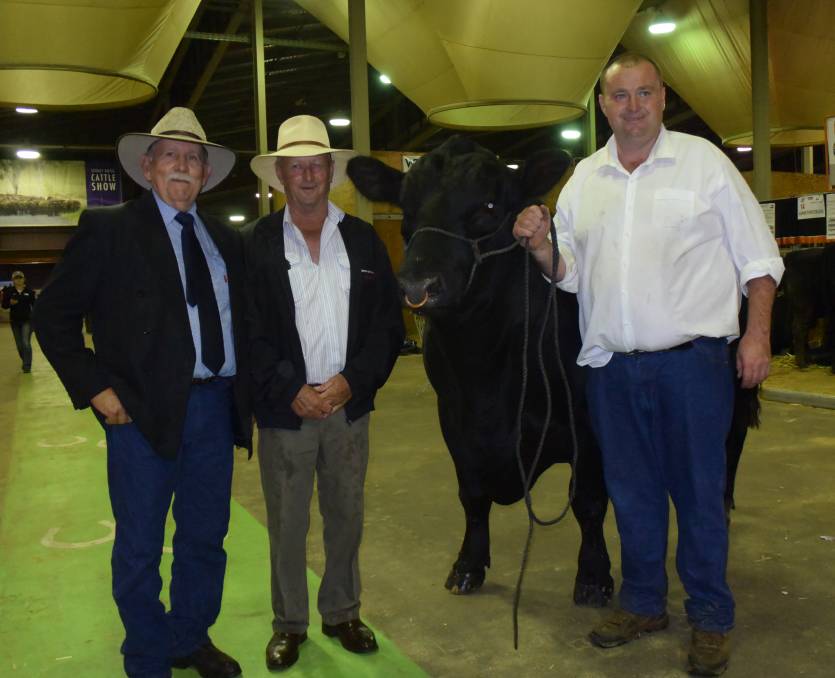 Top bull of the sale, Trowbridge BBB Powertool L1 1 out of CCVB491 Vermont Rosebud B491 by USA16381311 PA Powertool 9108, went for $21,000 to the partnership of good mates David Dance, Dance Angus Glen Innes, and Darryl McCarthy, ‘Silverdowns’, Tenterfield who will use the bull in his commercial program.

Another Boss Hogg daughter out of an Irelands Vicky sold for $15,000 to Troy Henry, Holbrook. Rain falls on the Elder's team in buckets during the sale of Black Angus Miegunyah M169, which went for $4500 with the unflappable Andy McGeoch working his patter throughout.