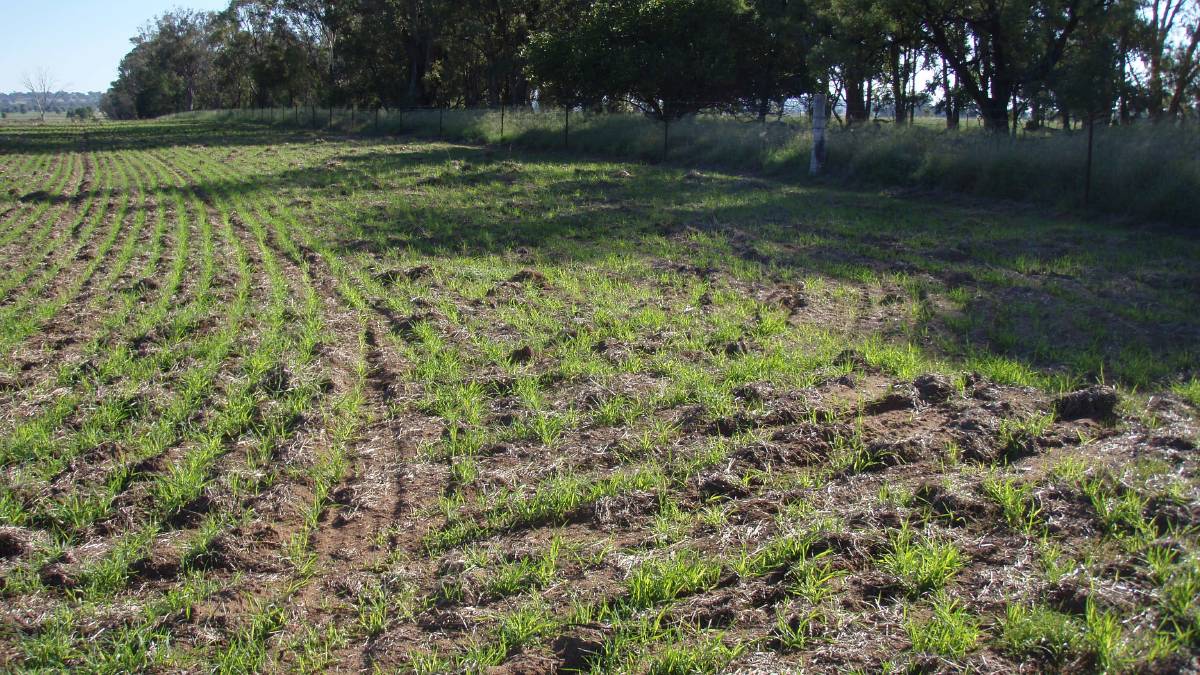 Coolatai and African lovegrass can be beaten with a vigilant regime of spraying, planting, observation and finesse

ERADICATING Coolatai and African lovegrass is possible on arable country, but reinfestation is a constant threat. On non-arable country where these weeds are well established, eradication is near impossible. One needs to manage them for good animal productivity.

Both species are perennial tropical grasses, extremely persistent and spread readily. They are now widespread across Australia, especially on lighter and medium textured soils, infesting many millions of hectares.

Importantly both species, while ranking low in palatability, especially when mature, can be quite good quality. Quality depends largely on soil fertility as well as stage of plant growth. Quality and palatability are closely related to good legume content, correction of soil deficiencies like phosphorus and sulphur, grazing management and appropriate use of high-protein supplements when quality is down. We inherited both weeds on our property from roadside invasion. Being mainly an arable property our approach has been to gradually farm paddocks with infested areas. Also included in the weed eradication program has been blue heliotrope, a hardy deep-rooted broadleaf weed even more potentially devastating than the two grasses unless controlled.

Areas farmed are zero tilled and treated with glyphosate over the summer fallow whenever rain falls and plant growth is activated. Fallow spraying has three objectives, kill weeds, drive down the soil weed seed bank, and conserve moisture for the winter crop. While not all perennial grasses are killed by the first spray, by the end of the first summer most if not all have been. To eliminate a weed seed bank three consecutive winter crops are sown following fallow spraying after each rain event. In some wetter summers, as many as five herbicide treatments will be needed. As with many weeds, timeliness of herbicide application is critical for good kills.

After three winter crops and summer fallows a tropical grass pasture, mainly involving Premier digit grass, is sown. It is generally sown early November after the last winter crop is used for grazing and sprayed out about early September.

Winter legumes are added to these pastures the autumn following establishment, generally with rhizobia inoculation and fertiliser to correct phosphorus and sulphur deficiency.

Areas not set down for cropping in the near future, but containing these weeds, are fertilised to correct soil deficiencies and managed, to contain strong legumes and native perennial grasses. Serradella has been very important on the acid soils. Good legume growth helps ensure the grass weeds have good quality and native grasses help slow further weed spread. In a dry summer, like last one, it is surprising how well livestock have grazed Coolatai and African love grass and done well on them, in conjunction with grazing dried-off winter legumes as well as native grasses.

Spot spraying is an option where new infestations of these weeds are containable, but not when areas are extensive. Spot spraying can also leave treated areas bare and vulnerable for reinvasion by these or other weeds. Tebuthiuron has been used successfully on our property for spot spraying of small blue heliotrope outbreaks.