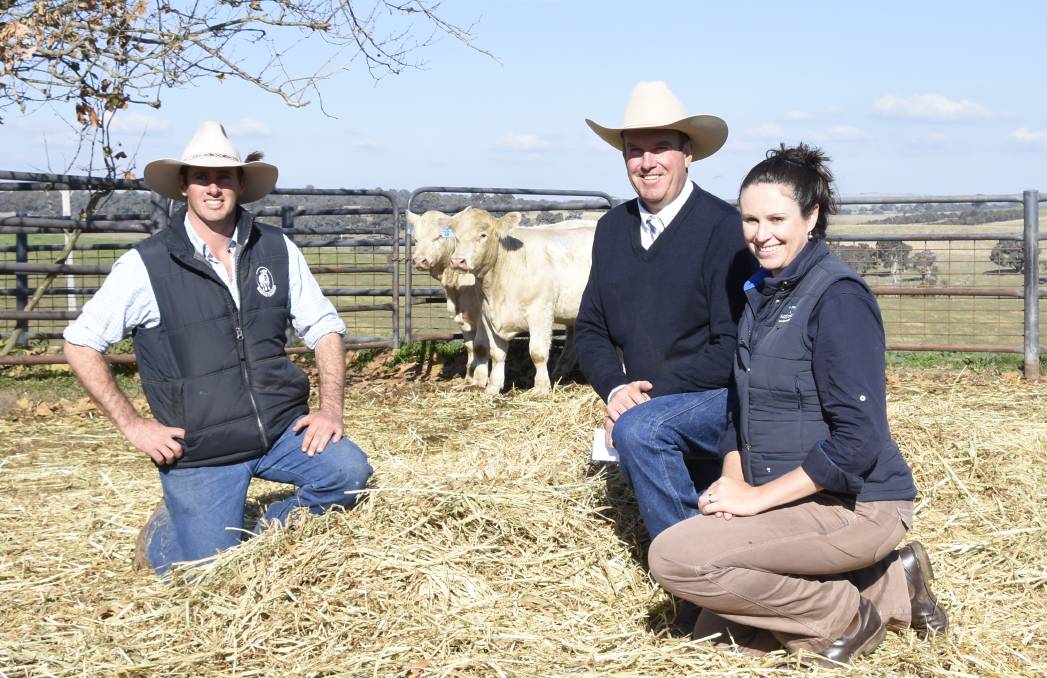 Another homozygous poll H168 son Rosedale Legend L98 was the equal second highest at $15,000 selling to Calmview Charolais, Suffolk Park. He was in the top 5pc for 400 and 600-day weights as well as milk and in the top 10pc for 200-day weight and the domestic and export indices.

Across the draft 50 of 58 Charolais bulls averaged $7660. Twenty-Eight Charolais infused bulls were offered and sold with a top price of $12,000 reached for Rosedale L504 a Rosedale F48 son purchased by M and T Altus, “Windorah”, Coolah.

Nine pregnancy tested in calf (PTIC) Charolais heifers topped at $3500 and averaged $3167 being snapped up by two parties in M and L Fitspatrick, Oberon and M and H Swords, Mt Frome

Leading the volume buyers was Clerkness Pastoral Company, Bundarra who added eight to their sire battery for an average price of $7625 paying to a top of $10,000.

“They are also easy calving which is very important because a dead calf isn’t worth anything.”

Branga Plains Pastoral Company, Walcha, secured six bulls reaching a top of $9000 for an average of $6167.

The auction was conducted by Elders and Bowyer and Livermore of Bathurst with Paul Dooley and Nick Fogarty the auctioneers.