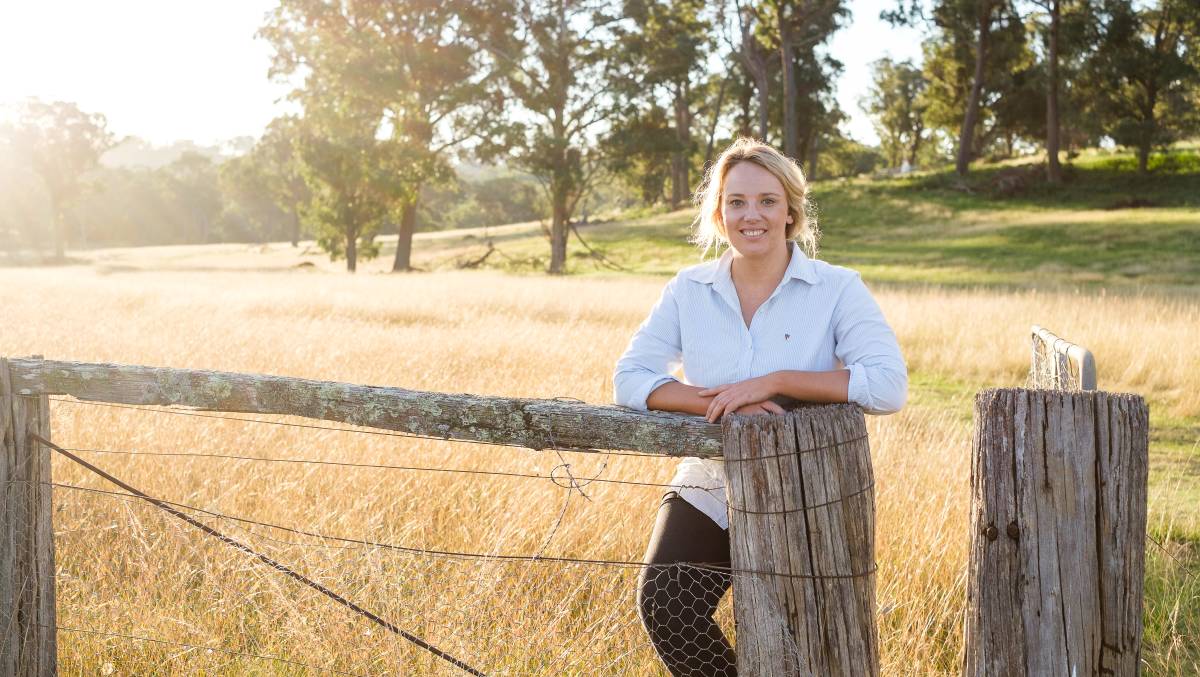 An agronomist father and talented stockwoman for a mum, Peta Bradley grew up with a hands-on approach to agriculture

AT just 21, Peta Bradley is well on her way in the Australian wool industry.

Currently studying a Bachelor of Rural Science at the University of New England, she has come from a life on the land to the realm of academia with aspirations of giving back to the world of wool.

She envisages a career with extension work before ultimately returning to the family farm. It is an immersion in the industry made richer by the role models she turns to.

“I would define a role model as someone who leads by example,” Peta says, “and whose actions reflect their values. Encouraging to others, patience and willingness to give their time – these are the core values I see in a role model.”

Positive role models can come from all facets of life – from family, community, career or from the wider public arena - and each has different lessons to impart. The Bradley Family run a mixed farming property where cropping stands alongside a commercial Merino flock and a Border Leicester Stud.

The Bradley Family run a mixed farming property near Armatree in northern New South Wales where cropping stands alongside a commercial Merino flock and the New Armatree Border Leicester Stud.

With her father an agronomist and her mother a talented stockwoman, Peta and her brother grew up with a hands-on approach to agriculture.

A love for the land and the sheep was further developed at high school where Peta was involved in Junior Judging and agricultural shows.

However she cites her mother Jenny as being the most influential role model for her career with wool.

“My mother is definitely a role model,” Peta says.

“Being a rural woman who works on the farm and is a major decision maker was pretty unique when I was growing up.

“Not a lot of kids at school had mothers like her. Mum was the Chair of the Toowareenah Prime Lamb Association (and the only woman on the board) and now she sits on the board of the Central West LLS, and while there are other females in the organisation she is one of the few representing at a producer level.

“She’s not afraid to sit in a boardroom full of men and give her opinion.

“She is pretty impressive to watch and she has definitely led me to where I am now. I’d like to think I encompass some of those same qualities and values.”

Jenny Bradley was recognised for her work in the wool industry in 2005 when she was awarded the RIRDC NSW Woman of the Year and she credits this accolade for giving her the confidence to take on more positions at board level and within the community.

This assurance she passes on: “I have always told my kids they can do anything in the world if they have goals and work towards them,” she says.

“With Peta’s school marks she could have done anything (career-wise) and agriculture is fortunate she has chosen it. Agriculture needs the young, enthusiastic and tech-savvy.”

Emily manages education and extension for on-farm research and development and spends her days talking to people across the entire wool supply chain.

“To see a young person who had obviously been proactive about sourcing opportunities both practical and academic was impressive. (Peta) is enthusiastic and super keen on promoting sheep and wool to anyone.”

At the YFC workshops Emily offered constant support and encouragement to Peta and was instrumental in her becoming part of events such as Agvision and AWI’s wool education stand at the Sydney Royal Easter Show.

“Emily is another really strong woman, like my mother, who is very encouraging,” Peta says “and I admire the fact she seeks out opportunities I would be suited to. Her willingness to give her time and talk to me is something I really value.”

While her mother and Emily have been influential in a direct way Peta recognises character traits in others that cross careers.

“At last year’s Olympic Games Cate Campbell had the weight of a nation on her shoulders, but when she didn’t swim as well as she had hoped, she still stood up in a media interview and admitted as much,” Peta recalls.

“It makes me take a step back and think ‘wow, these athletes are pretty selfless and gutsy’ and they are not just doing something for themselves but for their country.”

And Peta, too, is doing something for others and becoming a role model for the next generation. Her involvement in agricultural shows has continued.

At the University of New England she was one of a group of women who re-instated the sheep section at the Armidale Show and through this she actively inspires younger people to become involved in Junior Judging.

She has also been part of the Archibull Prize, which takes the story of wool into the classrooms.

This is part two of a three-part series on young wool leaders, in conjunction with Art4Agriculture and writer Mandy McKeesick. Next week, we focus on agronomy and livestock consultant Dwayne Schubert.