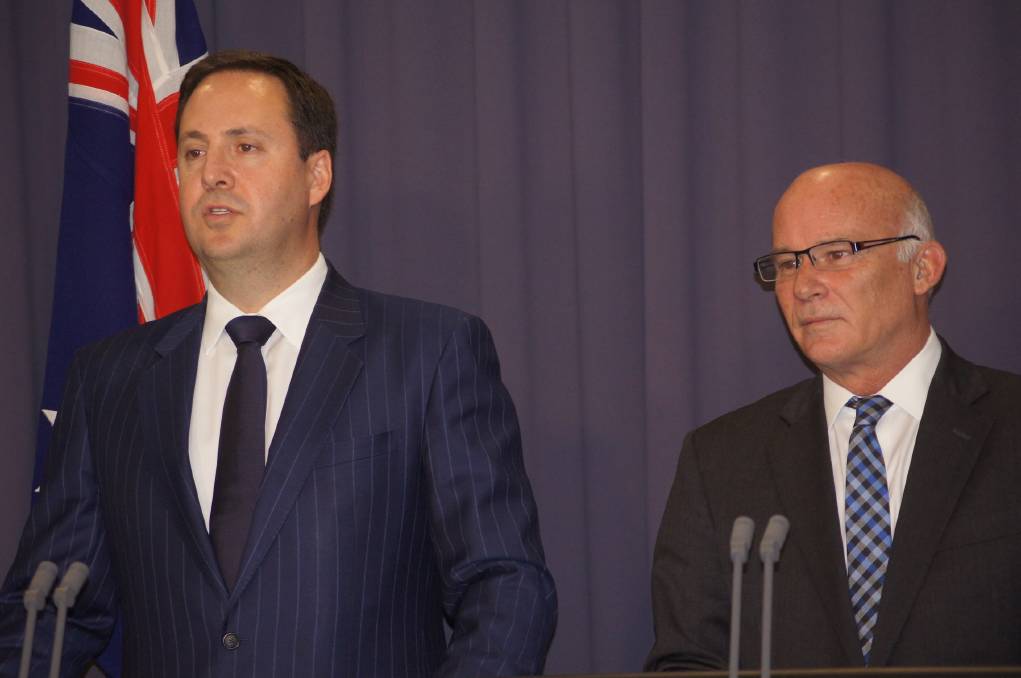 ​OPPORTUNITIES to sell Australian kangaroo meat and beef - as well as horticulture and wine - are the gains anticipated from a potential trade deal with Peru.

OPPORTUNITIES to sell Australian kangaroo meat and beef - as well as horticulture and wine - are the gains anticipated from a potential trade deal with Peru.

The two ministers said the first round of negotiations was scheduled to start in July and hoped to complete the deal, if a suitable agreement was reached, by the year’s end.

“We don’t want to sacrifice a quality agreement for speed,” Mr Ciobo said.

“I would hope we might be in a position to reach an agreement by the end of the year.”

Mr Ciobo also said Peru had high tariffs on farm imports like sugar which the new trade deal had an opportunity to cut.

He said Peruvian sugar imports were currently worth about $150 million per year but Australia’s share of the market was zero.

In 2015-16 Australia exported $6.7 million of agricultural products to Peru but imported $114m worth of product from the South American country.

Mr Ferreyros said Peru was looking to potentially export superfood products into the Australia market which is a growing industry in his country, with items made from nutrient rich ingredients specifically produced in that region of South America.

The NFF said an FTA with Peru was also a stepping stone to a larger trade deal with the Pacific Alliance which includes Mexico, Peru and Chile and a way to retain some of the benefits negotiated through the stalled Trans Pacific Partnership (TPP) process.

The 12 nation TPP recently suffered a major set-back when the US withdrew from it under the new Trump administration - but Australia and Peru are both involved in ongoing talks to keep the deal alive.

Ms Simson said many of Australia’s key export competitors including the EU, US and Canada already had FTAs with Peru which had been one of the world’s fastest growing economies over the past decade and the fastest growing economy in Latin America with the same gross domestic product as Vietnam - valued at about $150 billion - and the same consumer base as Malaysia with 30 million people.

She said without such a trade deal, Australia would be unable to compete for Peruvian market share.

Ms Simson said Australian farm products faced tariffs of between 9pc and 29pc in the Peru market and the potential for tariffs as high as 68pc under the country’s existing tariff schedule through the WTO.

Mr Joyce said the new negotiations with Peru were a positive development for Australian agricultural exporters and represented a new step forward for Australian exports into Latin America.

“Economic partnerships are the bedrock of success for modern trading nations,” he said.

“An FTA with Peru will ensure Australian farmers have the opportunity to share in Latin America’s economic growth and be on an even footing with our competitors.

“Australia’s agricultural exports to Peru, such as beef, horticulture and wine, face high tariffs that many of our competitors do not - the US, the EU, and Canada, all have FTAs with Peru, which give them preferential access.”

“It’s fantastic, not only are they big meat eaters in Peru but all throughout South America and they love the taste of kangaroo,” he said.

“If negotiations go well this will be a huge step towards opening up the rest of South America and towards demonstrating how great this product is to the rest of the world.”

Mr Joyce said the PAFTA not only offered immediate economic benefits to both nations, but also represented a critical gateway into Latin America.

He said Australian agricultural exporting strengths like beef, sheepmeat, horticulture, wheat, barley, rice, canola, sugar and wine were effectively shut out of the Peruvian market because of tariff barriers.

Ms Simson said even without the US, the TPP was beneficial for Australia and welcomed the trade talks continuing.

She said however Australia would maintain preferential access into the US market by virtue of our existing bilateral FTA.

“We would also maintain preferential access for red meat into Japan, which the US would not get until it either joins the TPP or negotiates a bilateral agreement with Japan,” she said.

“The big challenge will be making sure countries such as Malaysia and Vietnam have an incentive to stay in the tent, as it was the carrot of the US market that brought them in.”