Buyers have been looking for any excuse to discount the wool market and that trend continued last week with the auction results slipping as much as 80 cents a kilogram on some lines. 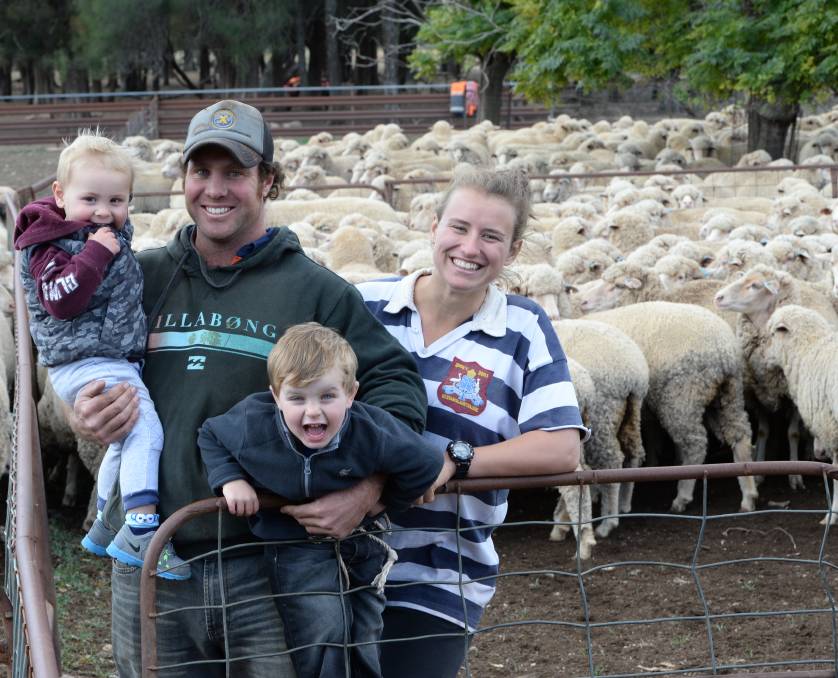 BUYERS have been looking for any excuse to discount the wool market and that trend continued last week with the auction results slipping as much as 80 cents a kilogram on some lines.

At the end of trading last week the Eastern Market Indicator (EMI) had slipped nearly 30c/kg to settle at 1495c/kg.

Some of the biggest losses were at the Sydney auction where the Northern Market Indicator was 32c/kg softer at 1580c/kg.

However, general industry sentiment is that while prices eased for the Merino combing categories last week, a longer term perspective of the price action would suggest the changes were simply part of the ebb and flow of prices at the top of a price cycle.

For much of this year prices have tracked considerably higher than recent years.

Elders northern wool manager Bruce McLeish said medium Merino prices were also performing quite well given that we were at the end of May, despite the increased discounts recorded last week for faulty types.

“Buyers do have one eye on approaching stocks of greasy wool from alternative northern hemisphere shearings, but most of these cannot replace Australian wool for the highest quality production – but they do serve to fill a mill with fodder when orders are limited,” Mr McLeish said.

At current prices, or even allowing for a gradual phase down of US50c/kg, Mr McLeish said growers selling in the new season would be entering their marketing program in a good position.

“For those who have taken advantage of the futures market the stress levels will be much lower and they can afford to enjoy the process a little more,” he said.

Mecardo market analyst Matt Dalgleish said the general view among growers was that supply is tight and mills don’t have much stock in the pipeline, so there’s a reluctance to chase a falling market.

“Clearly, in the short term the volume of bales on offer are expected to contract further,” Mr Dalgleish said.

“However, over the longer term an eye needs to be kept on the trend in demand, as the risk is always there that overseas buyers adjust down their purchasing requirements to reflect the anticipated lower supply.”

Shearing in early May means Clint Ridley, “Kookaburragong”, Condobolin, can market his wool into what is traditionally a solid auction period towards the end of May and early June.

“We don’t tend to hold onto the wool once shearing is over as the auction market is normally pretty strong at that time of year,” Mr Ridley said.

This year, the wool came in at about 20-micron, but due to the wet winter last year the fleece weights were back a little on normal.

“The wetter winter knocked the ewes about a bit last year and it took them a bit longer to recover,” Mr Ridley said.

But the higher prices (than last year) should help narrow the gap in returns for the lighter clip overall this year.

“The prices are looking good at the moment and I don’t really see any reason for them to slip dramatically in the short term,” he said.

“Of course there will be some minor movements in the market, but overall the prices are sustainable.”