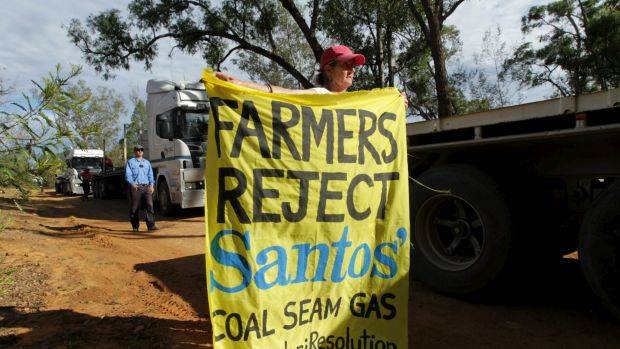 There have been protests against Santos' plans to drill for gas in the Pilliga State Forest. Photo: Dean Sewell

Two areas in the state have been identified as having potential for exploration.

NSW is taking the first tentative step towards fresh gas exploration in the state amid warnings of price spikes due to domestic shortages being blamed on the Queensland export industry.

Mr Harwin said geologists have identified the Bancannia Trough, north of Broken Hill, and Pondie Range Trough, north of Wilcannia, as having potential for "conventional gas" as opposed to coal seam gas.

The same areas are among those being targeted by Paradigm Resources, a joint venture between the NSW Aboriginal Land Council and Indigenous Energy Group, chaired by former Democrats Senator Aden Ridgeway.

The areas will be examined by an advisory body established under a revised framework for strategic release of coal and gas licences in NSW.

The government says its new framework considers environmental, social and economic factors and consults local communities before licensing decisions are made.

The framework is part of the NSW Gas Plan, under which more than a dozen gas exploration licences issued by the former Labor government were bought back, including three in the Northern Rivers and one for AGL's Camden project.

The gas plan was the government's response to a report on coal seam gas in NSW by chief scientist Mary O'Kane following controversy over the industry's impact on agricultural land. 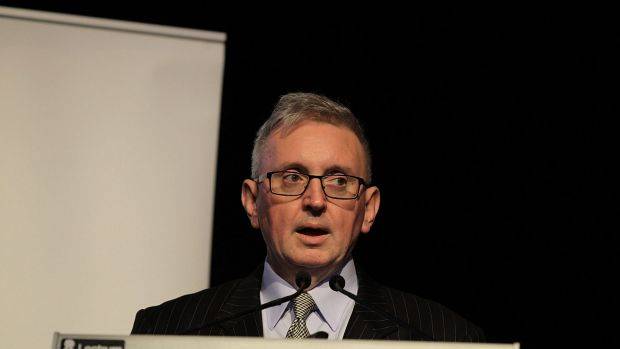 "NSW households and businesses are hurting because of the way in which the [Liquefied Natural Gas] export industry in Queensland has grown under successive federal governments."

Greens MLC Jeremy Buckingham said he was concerned the project "will open the door to fracking for unconventional tight gas in western NSW with the risks that poses to water - which is so precious out there".

A spokesman for Mr Harwin said that "further exploration would be required" to determine if tight sands gas is present.

Labor's resources spokesman Adam Searle said the party was not opposed to conventional gas in NSW "but like all extractive industries it must comply with the highest safety standards".