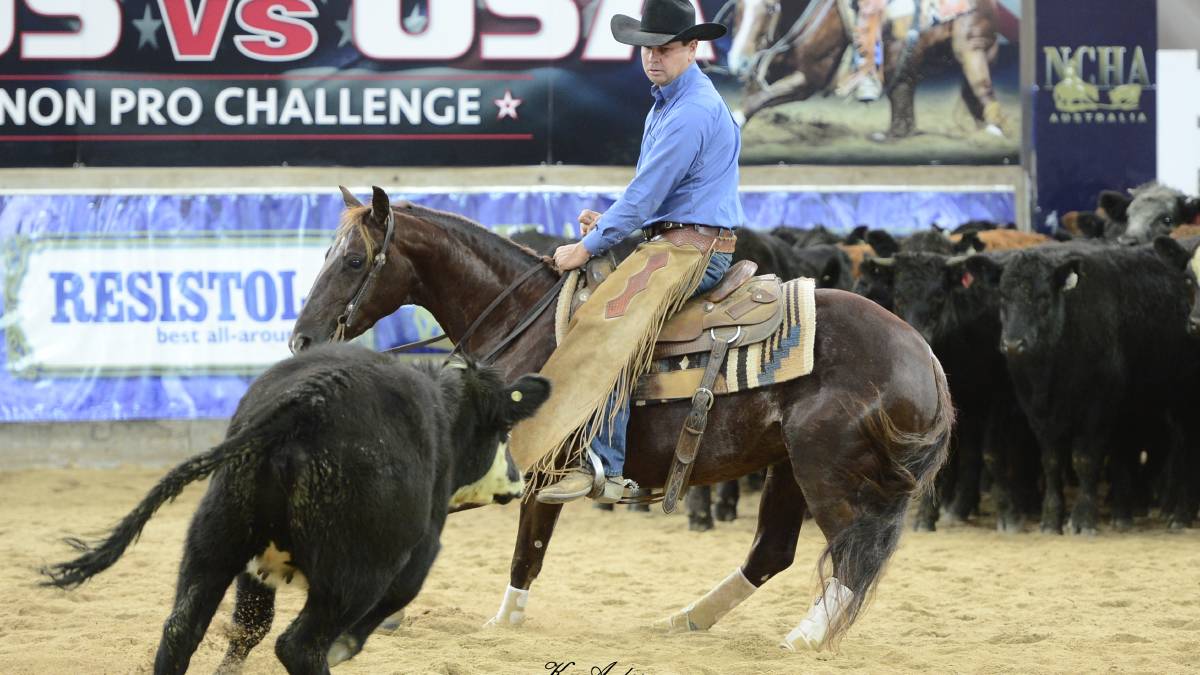 The Longyard Hotel Limited Open Futurity turned out to be somewhat of a local’s event with professional trainer, Steve Byrne, stealing the top three spots in the 10 horse final.

The Dungowan local blitzed the competition taking first place on his own mare, Desires Little Lioness, with a score of 217, while managing to fetch second place on Cats Colonel, who is owned by Tamworth locals, David and Sarah Spong. In third place was Dee Bar Isa Catty Blue on 213, owned by Lazy K Quarterhorses, Tamworth.

Mr Byrne is gathering momentum this year, with two horses having made last Sunday’s final of the Open Futurity, and his talented stallion, Alphacat, in the final of the Open Classic Challenge that will be held this coming Friday evening. Magicool played it very cool in the first two rounds of the Shadow Trailers Australia Open Derby scoring 219 and 217, consecutively, to sit him in top spot going into the final on Saturday for rider Jamie Creek of Jerilderie.

The non-pro events have started to heat up this week as the competition works towards the finals beginning Friday, June 9.

Wednesday will bring the first round of the Marsh Carney Saddlery Non Pro Classic Challenge and the final of the Martins Stock Haulage Open Futurity Gelding Incentive, while the draw for the Open Futurity will be determined on Wednesday night at the Longyard Hotel, also a long-time sponsor

The 2017 NCHA Futurity will continue until Sunday, June 11, at the Australian Equine and Livestock Events Centre in Tamworth with free entry Tuesday, June 6, featuring a host of western trader stands to suit all of your western needs.