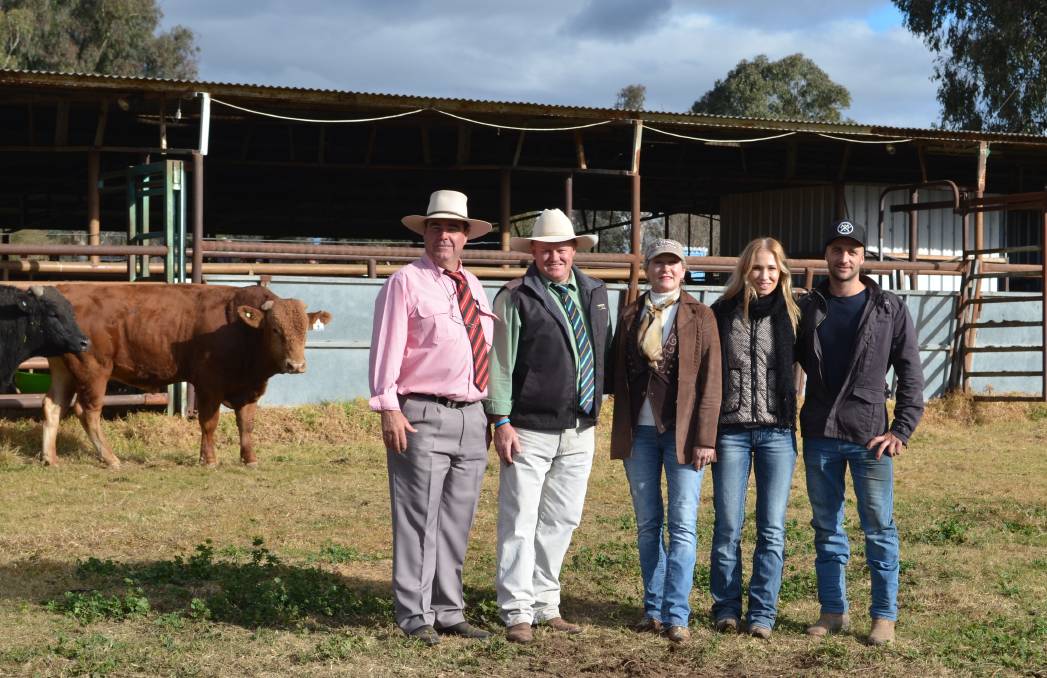 THE second annual sale at Kaludabah, Mudgee is proving that Bald Ridge Wagyu’s co-principles Rick and Dawne Hunter have been tracking in the right direction for over 20 years with the genetics that the industry is wanting.

They run their stud of 300 full blood cows breeding only full blood black and red Wagyus.

There were a large number of repeat buyers along with new purchasers attending.

Bulls were headed to Queensland, Mendooran, Uralla and Victoria among other local towns.

In the breakup there were 45 black, six red and three unregistered bulls sold from of a total of 75 offered.  A top-price of $17,000 was paid for black bulls while unregistered bulls went for a $6000 top. There was also one package of 10 straws of semen sold for $50 per straw. The embryo packages remained unsold. There were 24 bulls that made over $10,000.

The red, 25 month-old, CCCFL0126 Bald Ridge L0126, son of CCCFH0019 Bald Ridge Tamanunja, went for $20,000 to an overseas partnership from Texas, USA and Brazil. They will allow him to remain here in Australia to be used for stud duties.

There were 19 head sold via the AuctionsPlus platform averaging $5026 including second highest priced bull, HWSFL0951 Hermitage L951, for $17000.

“We have found high fertility, ease of calving and consistency in performance on grass or feedlot conditions. This guarantees a high quality final product.”

The co-principles were extremely happy with the sale.

“We have a number of different clients who are requiring different genetics and we will continue support all of their needs,” Mr Hunter said

“The red bull was outstanding, I thought, and the sale price of him too. We will retain him here to look after him for them.”

mrs Hunter said they were really pleased with the average price, it is quiet obvious what people want genetically. “We are really very happy.,” she said.