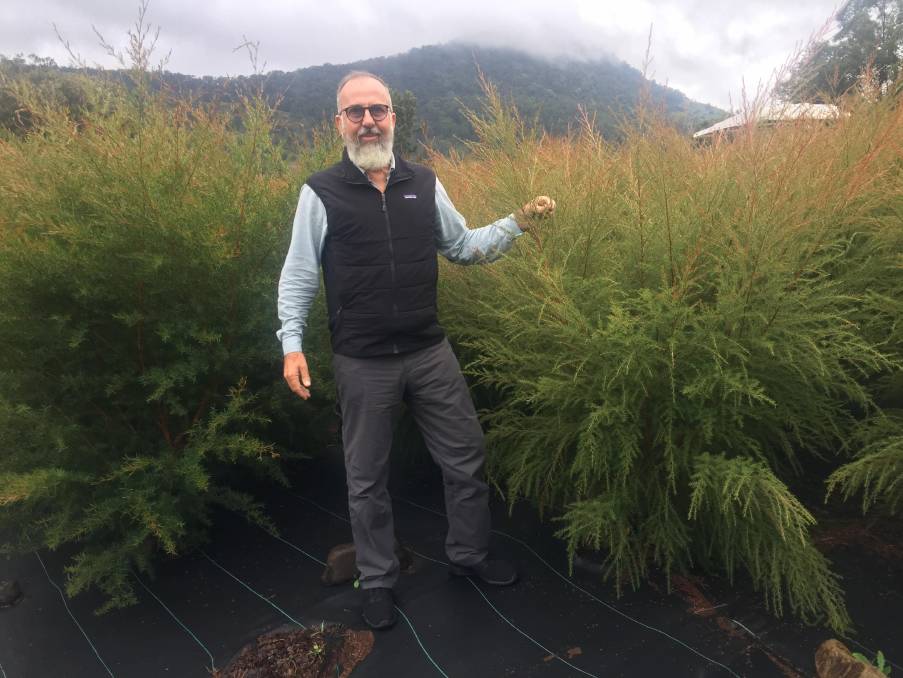 Landholders can go into the business of producing high-potency Manuka honey by growing specific plantations, says Sydney company Gather By.

Sydney company Gather By, with eyes on the North Coast, is calling for landholders to get involved with a new business opportunity – co-operatively farming Manuka honey grown in heath plantations of five to 20 hectares. A wide variety of soil types will work.

The company is hoping to have 200ha under a mix of Leptospermum polygalifolium by the end of next year with an ambition to plant 5000ha in order to meet what executive chair Matthew Blomfield says is enormous global demand through their marketing channels.

The deal is straightforward. You buy the plants, at $1.95 each, 2600/ha and grow the plantation. They bring in the bees and harvest the honey with profit divided under a shared arrangement. Currently little jars of potent Manuka sell for up to $239 for just 250 grams in some niche international markets. Gather By is launching its range of honey starting at $50, with over $100 for its highest potency brand.

The market is willing to pay exorbitant prices for highest reading medical honey, shown to put up a fight against the stoutest staph. However, honey from Leptospermum binds to hive frames with such tenacity that timberwork can break on extraction. North Coast apiarists call it ‘jellybush’ for that reason.

Credit goes to the Kiwis for bringing this once-scorned product to global attention, but researchers are finding North Coast varieties of polygalifolium yield the world’s most potent honey. After three years’ self-funded research involving some collaboration and help from the University of the Sunshine Coast, Gather By has identified and cloned suitable varieties.

Gather By has taken the Manuka plantation concept originally pioneered by Broadwater apiarist Alistair Maloney, who used to curse the dreaded jellybush, and amplified it with fodder plants and herbs for bee health. About 60 per cent of a Gather By plantation consists of the strongest yielding cultivars with the remainder being other varieties that help extend the season’s flowering to the point where bees can reside in the one spot for some time. Companion plants are designed to maintain bees’ protein levels.

Key to the product’s punch are levels of  dihydroxyacetone, or DHA, in the nectar of Leptospermum flowers. During the honeybee process DHA is converted to Methlyglyoxal (MGO) which is an indicator of Manuka potency. Gather By’s most potent honey measures 1200 parts per million MGO, which equates to a Unique Leptospermum Factor (ULF) of around 25+. Honey rated greater than 12+ is considered highly antimicrobial. Mr Blomfield is predicting honey from his latest cultivars could greatly increase potency. 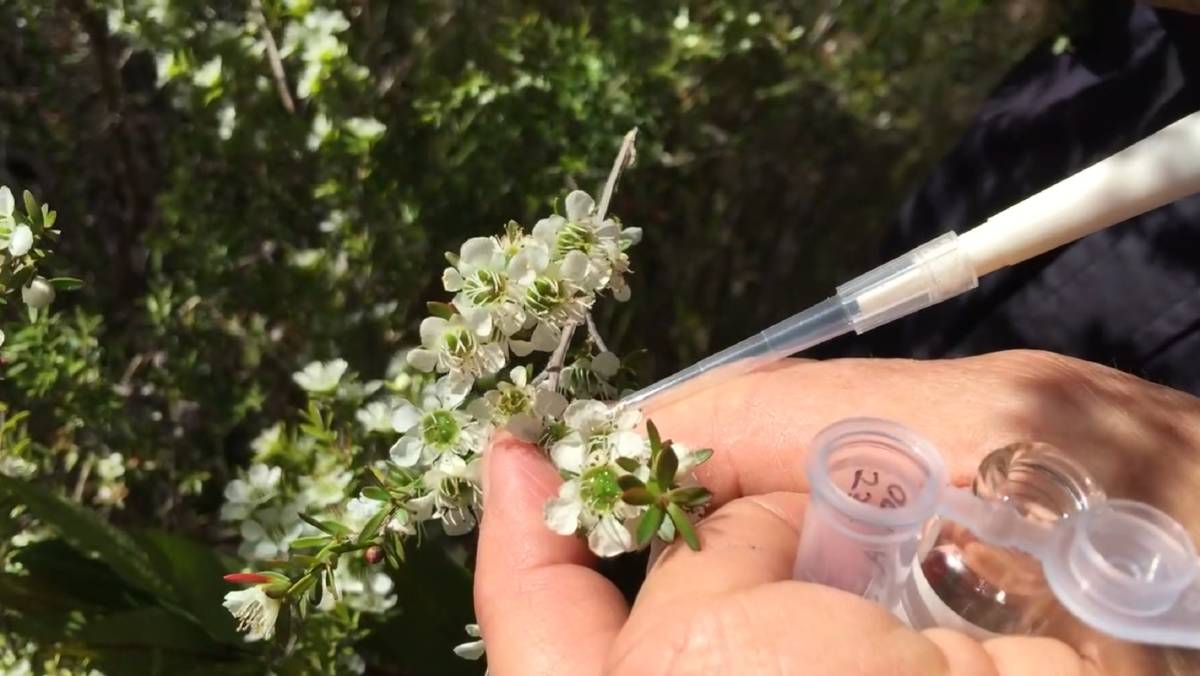 Three years of research went into locating which parent plants of the eight varieties of Leptospermum would contribute maximum potency in the honey harvested. Here nectar is tested for dihydroxyacetone content.

Ethical business is important to the start-up honey marketing company Gather By, which released its first batch of remarkably high rating Manuka 13 months ago.

“We see this as a model for bush regeneration,” said company chair Matthew Blomfield.

“This is about building robust regional communities and the regeneration of over cleared native bush land,” said company executive chair Matthew Blomfield.

What’s in a sweet name?

As far as the name Manuka – well, the Kiwis reckon they own the brand but Aussies say the name originates in Tasmania. We now know the strongest medicinal honey comes from heath on the Far North Coast where the Leptospermum is called ‘jellybush’ … so maybe we’ll just stick to ‘Manuka’.