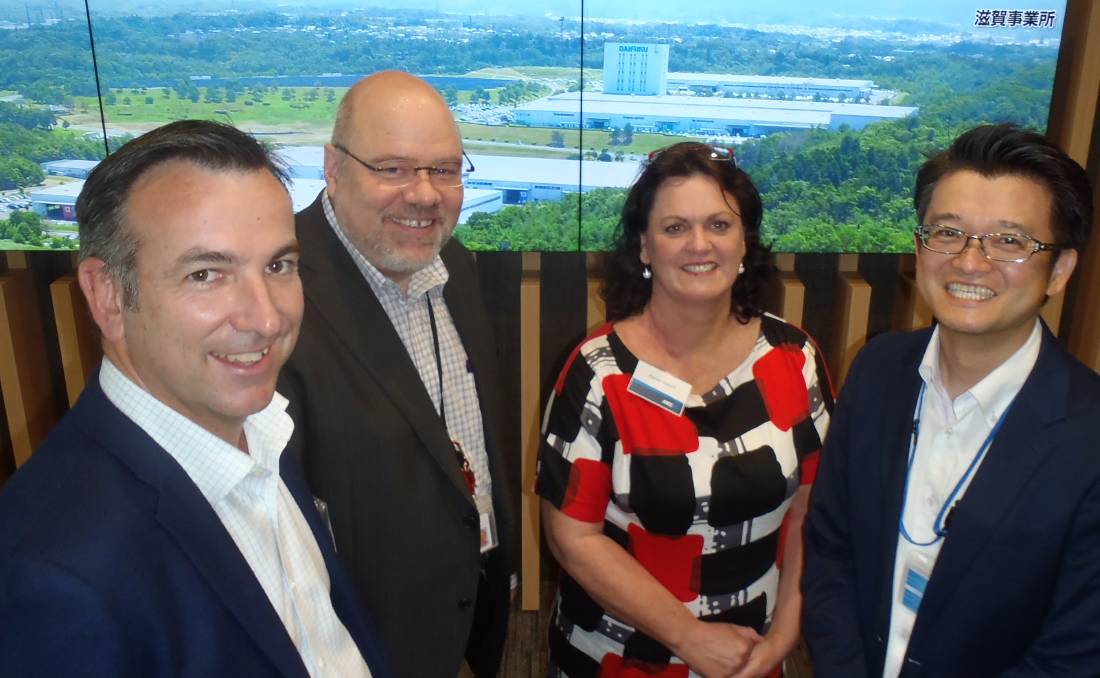 The “get big or get out” drive for greater economies of scale in Australian agriculture is not really working for farmers any more.

To be profitable today producers probably still need to get bigger, but real gains come with investing seriously in agricultural technology says the Australia and New Zealand (ANZ) Banking Group.

Unless farms are spending on technology, or getting other investors to help them spend, the productivity leaps once achieved by farm consolidation are not likely to flow, according to ANZ.

And the bigger they spent on ag tech the more successful they were likely to be.

Farmers needed clear strategies to use technology such as robotics, crop sensors and precision agriculture or adopt genetic or bio-engineering advances, or they would be unlikely to make their scaled-up holdings efficient or productive, said the bank’s agribusiness head, Mark Bennett.

In particular, Australia’s capital-constrained mid-sized farm enterprises would be more productive and profitable if they could be make better use of ag technology.

Plenty of opportunities existed for outside capital providers or technology businesses to cash in and support the farm sector’s need and underlying enthusiasm to up-skill itself in this area.

In a recent pitch directed to Asian businesses in Tokyo, and attended by Australian farmers and farm supply chain players, Mr Bennett said there was an “extensive buzz about agtech and its implications for our already booming agriculture industry”.

ANZ research indicated a one per cent increase in capital investment in agriculture now resulted in a 1.5pc lift in technology-driven farm productivity gains.

However, current industry trends showed despite a rapid rise in the uptake in electronic equipment and other machinery technology on farms, overall capital investment in agriculture was still surprisingly modest  –  only about 0.5pc annually.

At that rate the farm sector was expected to grow by about $12 billion to be worth $74b by 2030, giving it capability to service 1.5pc of the world’s demand for food. 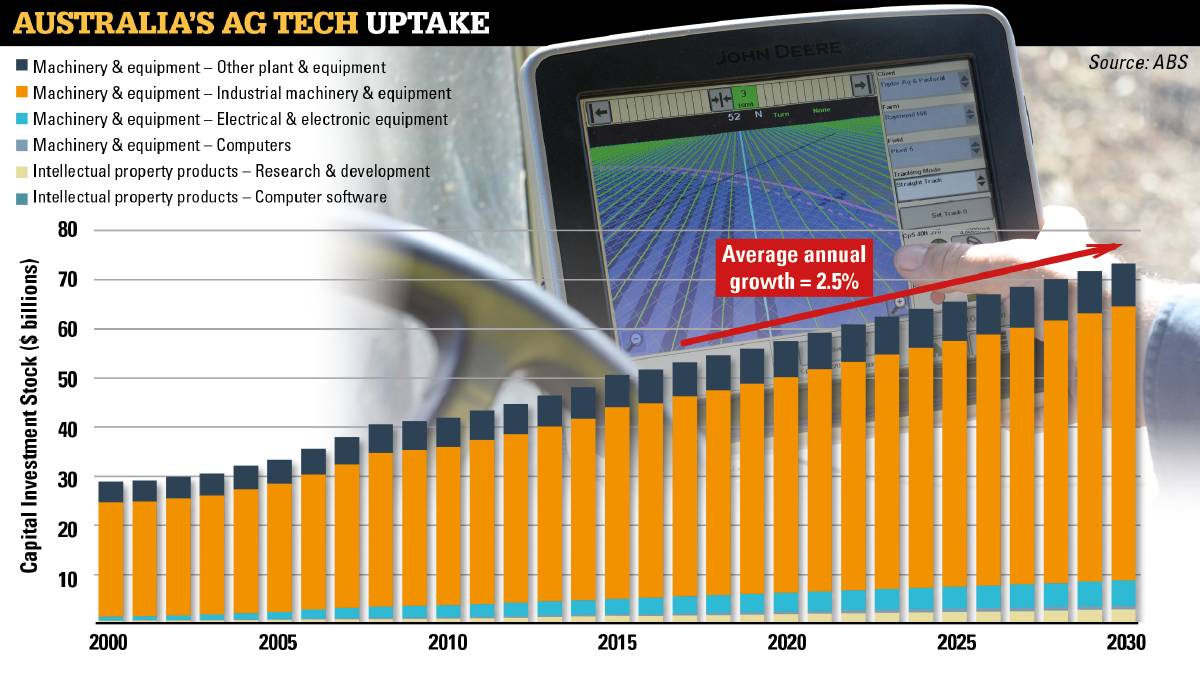 Capital investment in agricultural technology uptake is growing at about 2.5 per cent a year – faster than the overall increase in capital investment on other capital assets such as on sheds or silos.

But Mr Bennett said if capital investment was boosted to 1.5pc it could trigger a 3pc lift in productivity, largely derived from new the scale achieved by technology spending.

That sort of investment would grow Australian farm sector to be worth almost $100b by 2030, giving us capacity to meet 2.1pc of global food demand.

“We need to drag up those middle performers and encourage them to be innovative and take risks which will help them generate more cash flow and invest in further technology advances - Mark Bennett, ANZ

He said since the mid 1990s 62pc of our ag sector’s productivity growth could be attributed to technological advancements.

But since the start of this century farm productivity had faded.

Last financial year the trend was actually lower than in 2000.

Meanwhile, rival emerging economies including Brazil and China had enjoyed significant productivity growth in the past 25 years.

Mr Bennett said the evidence was also clear farmers could no longer rely on the sort of big productivity gains achieved in the past 80 years by traditional inputs such as fertiliser, herbicide and pesticide.

He said while larger farms with a $1 million a year in gross annual turnover had the benefit of more cash flow and were able to invest in better technology and technical expertise to help lift profits, smaller farms were investing much less revenue per hectare and were, in effect, slowing Australia’s overall productivity.

Amalgamating some of those smaller holdings into bigger units had partly offset the impact of slowing broadacre productivity in the decade to 2010, but it was left to smarter cropping machinery, stock handling electronics or dairy shed technology to make the consolidated farms more profitability.

Given only about 25,000 of Australia’s 124,000 commercial farms generated $500,000 or more in annual turnover, a huge need existed for capital in Australia’s mid-sized enterprises to stimulate their ag technology investment.

“We need to drag up those middle performers and encourage them to be innovative and take risks which will help them generate more cash flow and invest in further technology advances,” Mr Bennett told the Japanese business forum.He said digital change was reshaping the global economy and agriculture.

In Australia, capital invested in ag technology uptake was growing at about 2.5pc a year –  faster than the overall increase in investment in other farm assets such as on sheds, silos, transport machinery or stockyards.

The rising enthusiasm for ag technology investment was evident among the 24-strong ANZ agribusiness delegation in Japan, which also travelled to China during the study tour, meeting with change specialists at Amazon, Fujitsu, Daifuku, Hitachi and Swire Group.

The insights promoted lively discussion about challenges facing the farm sector, and how ag technology may solve them.

Mr Bennett noted the farmer involved had practical ideas on how ag tech can improve their businesses, from driverless machinery, virtual fencing, to commodity and agronomic sensors.

While it might not seem relevant at first, Mr Trethewey noted as car making pioneer Henry Ford once famously said; `If I’d asked people what they wanted, they’d have said, a faster horse’.”